Bhanu Ramaswamy and Anna Jones sum up the latest guidance on an increasingly common condition. 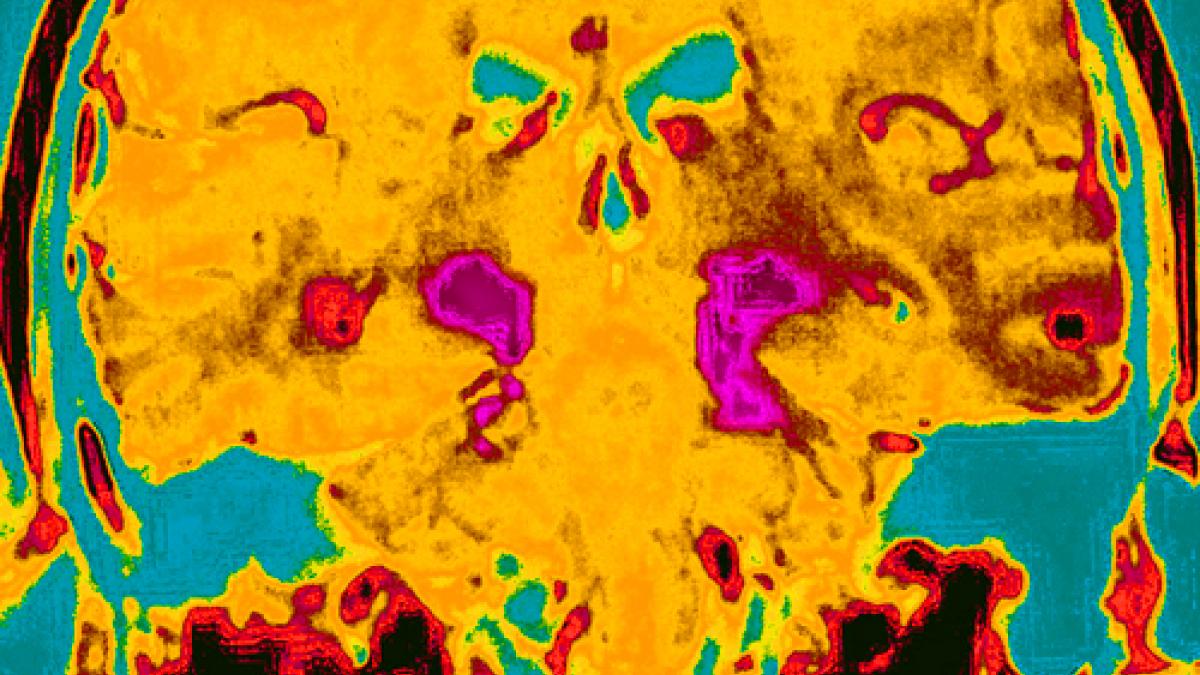 Parkinson’s (a term now preferred to ‘Parkinson’s disease’) is a progressive neurological condition characterised by motor (movement) and non-motor problems.  The condition progresses as loss of nerve cells in the brain reduces production of the chemical messenger dopamine.
Early symptoms may include non-motor problems such as poor sleep or low mood. People may have sought treatment for a number of years before receiving a diagnosis. But Parkinson’s is not usually diagnosed until dopamine production has dropped enough to cause the characteristic physical symptoms of slow movement (known as bradykinesia), rigidity and tremor.
Parkinson’s is mainly managed with drugs, although surgery to insert a deep brain stimulator may be offered to some people at a later stage. Both drugs and surgery only provide temporary relief of symptoms.
Physiotherapy is one of the interventions recommended by National Institute for Health and Care Excellence (NICE) guidelines. And support from allied health professionals is rated as a top priority by respondents to a member survey conducted by the main charity, Parkinson’s UK.

The 2006 NICE guideline is currently being updated, so this clinical update is based on the latest guidance from the European physiotherapy guideline for Parkinson’s and the Physiotherapy Works evidence-based briefing.
The European guideline (Keus SHJ et al 2014) is one document split into four parts, including a summary for clinicians and one for people with Parkinson’s.
Once you have registered, the guideline is free to download. All appendices, including assessment forms and outcome measures, can be copied for clinical use.
It includes a pre-assessment information form to send to people before they arrive, highlighting main issues and any treatment thy have had.
The guideline is written to support physiotherapists in making decisions as part of a person-centred approach based on evidence-informed practice.

Main messages from the European guideline

The guideline recommends that people should be referred for physiotherapy according to stages on the Hoehn and Yahr scale. This highlights impairments and limitations as the condition progresses.
Referrals should start soon after diagnosis, for self-management advice, education and coaching about remaining physically active.

At present, people don’t usually see a physio until they have started having falls, when they are already losing self-confidence and independence.
In mid-stage Parkinson’s, people need physiotherapy for motor impairments affecting physical capacity and functional activities (such as walking, transferring, balance or respiratory function), or for pain management.
At an advanced stage, a person may be admitted to hospital or a care home. Physiotherapy can still help to preserve physical capacity and function, and to reduce the risk of falls.
The complexity of Parkinson’s, especially as it progresses, requires management by a multidisciplinary team.

The two main areas of Parkinson’s-specific physiotherapy intervention relate to exercise and movement strategy training.
During the earlier stages, physiotherapists emphasise education and self-management, encouraging use of leisure programmes that promote general fitness and inclusion in community activity.

Strategies to compensate for loss of function may use external cues (auditory, tactile, visual and sensory) or internal cues (mental rehearsal and visualisation) as well as dual task training, self-instruction and improving attention span.
The World Health Organization’s International classification of functioning, disability and impairment is used to consider tools that assess impairment, and how intervention might be measured.

For example, when reviewing balance in people with Parkinson’s, one of several tools recommended to assess balance capacity might be the Berg balance scale, while balance performance could be assessed by the Falls efficacy scale.