Physios are helping to blaze a trail by exploiting apps and other technologies to communicate with patients, as Gill Hitchcock found out 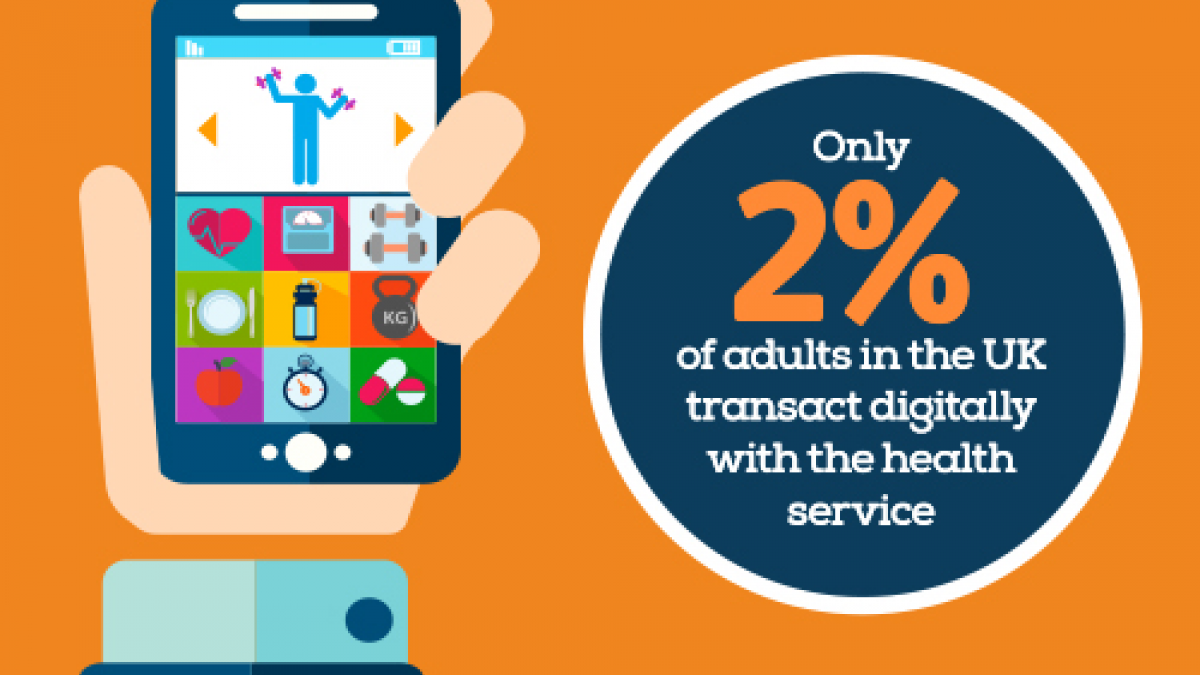 While the digital revolution transforms entire industries, from banking to retail, the NHS seems to lag behind. In February, the Nuffield Trust said that 88 per cent of adults in the UK use the internet, but just two per cent transact digitally with the NHS.

But NHS England’s director of digital technology Beverley Bryant points to a digital divide within the NHS too: ‘We have a world-leading primary care system where general practice is 100 per cent digitised, but in secondary care, through various false starts, we still have Post-it notes, paper and whiteboards being used to manage clinical diagnosis and day-to-day work,’ she told the Westminster Health Forum earlier this year.

In February came promising news, however, when England health secretary Jeremy Hunt announced £4.2 billion for technology in the health service. While this is not entirely new money, it at least indicates his intention to drag the NHS into the digital age.

Physio and app developer Carey McClellan believes healthcare is at the start of a rapidly unfolding understanding of how to exploit technology. For instance, there are thousands of wearables and apps to track health, fitness and wellbeing – even to diagnose illness. The potential for physiotherapy is vast, but finding which apps work best and for whom can be difficult.

Two major organisations – the National Institute of Health and Care Excellence and Public Health England (PHE) – are working on an NHS app store, but it is only at an early stage.

James Freed, PHE’s technology policy lead, says privacy and security are stumbling blocks: ‘Only 10 per cent of 600 popular apps had a privacy policy,’ he told delegates at the forum. Mr Freed highlighted the problem by giving an ‘extreme example’: a melanoma app had misdiagnosed two-thirds of genuine melanomas.

Rather than waiting for someone else to create apps for their profession, a number of physios are doing it for themselves. Dr McClellan says inspiration for his getUbetter back pain recovery app came from a ‘perfect storm’ of his PhD research into economics and the delivery of emergency care, and ideas of how technology could empower patients.

‘I used an app generator, capable of creating an unlimited number of apps, and I intend to build a family of apps, but we have got our first – getUbetter Lower Back Pain,’ he says. ‘And I have written an algorithm that basically takes people day-by-day through their recovery and delivers information that’s relevant at a particular stage.’ The getUbetter app includes clinical evidence from NICE, physiotherapists and clinical psychologists to guide the patient’s journey, according to Dr McClellan.

Physio Stuart Wildman launched SonoMentor, an app for musculoskeletal (MSK) physiotherapists interested in ultrasound, in February. ‘The main barrier I was trying to get through was the difficulty around MSK ultrasound training,’ he says. ‘It’s a big interest area for physios, but people have a number of difficulties in accessing peer support, learning and mentoring.’

Mr Wildman says the app allows him to control the privacy and quality of information, which would be more difficult on other online channels, such as Facebook. ‘It’s early days, but it’s had over 900 downloads now,’ he adds.

Meanwhile, at the Royal National Orthopaedic Hospital in Stanmore, north London, physio Anthony Gilbert has been researching remote consultations using Skype. He wanted to find out whether videoconferencing was an acceptable option for clinicians, as well as patients who often travel long distances for appointments at this specialist hospital. As part of his research, Mr Gilbert worked with eight clinicians (six physios and two occupational therapists) and 13 patients (seven who chose Skype, and six who wanted face-to-face consultations) from August to December last year.

‘All the clinicians felt that videoconferencing was acceptable, provided the patients were aware of the benefits and the limitations,’ he says. ‘There were definite benefits for patients. For instance, two of them would have had to get flights from Ireland for their follow-ups.

‘Also, it added a new dimension for clinicians, because they could see how patients functioned in their home environment, for example reaching something from a shelf or washing the dishes.’

There is an appetite for more Skype consultations at the hospital, but a potential problem is that the physiotherapists are commissioned to provide their services face-to-face. However, Mr Gilbert says that a case for further videoconferencing, to include his findings, will be presented to local commissioners.

One of the most striking examples of 3D printing, a process used to create a three-dimensional object under computer control, has been on show in Trafalgar Square in London: a replica of Syrian monument Palmyra’s Arch of Triumph.

But 3D printing is also being deployed in a groundbreaking trial to produce splints for the hands of patients with brachial plexus injuries at Swansea’s Morriston Hospital.

‘The project is a collaboration between myself, patient Tom Wheeler and a colleague at Cardiff University,’ says Marc Lloyd, a physio who specialises in brachial plexus injuries.

‘We get 20 to 30 patients a year with severe brachial plexus injuries. They tend to be young athletic patients with sports injuries, but motor cyclists are also quite common.’ So far Mr Lloyd has trialled 3D printing to create splints for two patients.

His role in the process is to take an initial scan, while his colleague at the university prints the splint. The scan currently takes about 15 minutes, but he is looking to standardised the procedure by taking just three key measurements and speed the process up to about a minute.

Speaking about the benefits, he says: ‘It limits the patient’s time and our appointments, because we know that the 3D splint will be the correct size. Plus the cost of the actual 3D splint is going to be cheaper than a conventional splint.’

He hopes his project will inspire other physiotherapists to investigate the potential for 3D technology, and says he is not aware of a similar development elsewhere.

Technology developments are under way at the CSP too. It has been contributing to SNOMED CT, the global lexicon of clinical terms due to be implemented in primary care in December and across the NHS by 2020.

SNOMED CT can represent clinical information consistently and comprehensively in electronic health records. Physios will need to have the correct terms to record their practice.

‘It’s a library of more than 3,000 terms and for it to be used meaningfully, we physios have to develop smaller sub-sets,’ says CSP head of practice Steve Tolan. ‘If you were writing a record, it would be impossible to navigate the whole library of terms, but a subset – a grouping of terms relevant to physiotherapy practice – means we will be able to use SNOMED CT effectively.’

Mr Tolan says the CSP has worked with external consultants and a 30-member reference group to develop sub-sets for low back pain and post-hip fracture treatment.

Crucially, the CSP has created a new method to develop more sub-sets for physios, which other professions are keen to copy. ‘Using SNOMED CT means we can automatically generate data about patients and populations just by writing our records,’ he says. ‘Potentially this means our health records could support or challenge published research and evidence with real-time data.’

Employing the right terminology in health records will be important in any bid to improve physiotherapy, as Dr McClellan explains: ’If we want to understand the populations we are trying to help, we have to re-think what information we need, and use the data we collect.

‘We need to obtain revealing real-time data about our population’s physical, mental and social wellbeing. Then we can start to make changes and revolutionise evidence-based practice.

‘Instead of using evidence, or other organisational measures directing what we do, we can incorporate this data to make changes and improvements, locally and nationally. These changes can be continuously evaluated and improved upon and should better meet the needs of our users.’

And when it comes to writing software for the physio profession, Dr McClellan thinks physios are best placed to do this and should be looking out for grants.

They can be available from government agency Innovate UK. And NHS England’s Code4Health is on the lookout for individuals and organisations who want to share ideas and build digital solutions to improve healthcare.

‘Every area of physiotherapy should be thinking about or adopting technologies, horizon scanning to see how can we improve interaction,’ says Dr McClellan. ‘Gone are the days of simple exercises and leaflets, because patients are using smartphones and we need to be changing.’