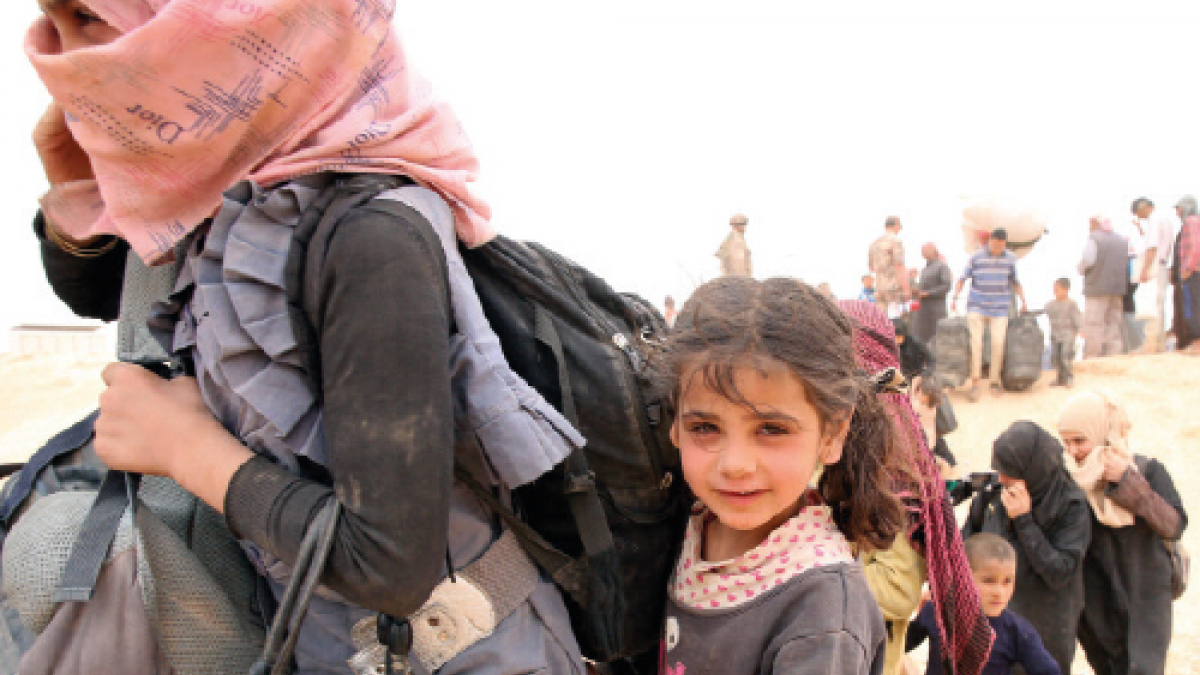 Globally each year millions of people are forced to leave their homes and seek refuge from conflict and violence, human rights violations and persecution or natural disasters. In Europe we are currently witnessing the biggest movement of people since the Second World War.

The scale of the situation within Europe and the Middle East, and the human suffering it has created, has meant that many physiotherapists want to help. Some donate money, some give time in the UK, others have volunteered for short trips inside Europe or travelled to the Middle East to support longer-term responses.

Offering to help for just a few short days can sometimes cause more problems than it can solve. ADAPT (the Association of Physiotherapists in International Health and Development) has worked with Frontline to try to answer some of the most commonly asked questions.

What to consider if you want to volunteer

Before travelling to volunteer, it is worth critically evaluating your own skills to help, and whether your help is needed.

Do you have the appropriate clinical expertise? An understanding of the culture and recent experiences of those you are working with? How will you communicate with them? Have your particular skills been asked for? And if only going for a short time, will your physiotherapy skills be useful?

Where do you find a volunteer opening?

ADAPT normally recommends that volunteers only travel with established, registered organisations, with a history of humanitarian response. This is important to ensure that the organisation can meet its aims and keep you safe, but also to provide a system to work within to ensure that those you work with are treated safely and will be followed up appropriately.

ADAPT has been in contact with a number of the major medical/humanitarian organisations at the forefront of the response about the current needs.

Currently, health care and rehabilitation needs vary depending on where along the refugee/migrant journey you look. On the Syrian borders, where the majority of refugees are, organisations such as Handicap International (HI) and International Medical Corps (IMC) are supporting rehabilitation services. Almost a quarter of this population has an injury or impairment and are often living in very difficult circumstances. Organisations working in the Middle East often recruit to medium/long term capacity-building positions to support national staff.

Those with significant injuries or disabilities are not likely to make it as far as Europe. Until recently those travelling through Europe have been eager to continue on their journeys, so have generally not been seeking medical or rehabilitation treatment unless urgent. Providing effective rehabilitation for highly mobile populations is a challenge. The new EU-Turkey agreement, which aims to return migrants heading for Europe back to Turkey, will mean changes in places such as Greece, as closed borders may prevent migrants from travelling on.

To a lesser degree, a similar situation is seen with those trying to reach the UK from France. This may lead to some of the medical organisations working in these areas to consider including rehabilitation as part of their formal response. Organisations like MSF are already working with national physiotherapists in places like Greece. Several organisations reported that appropriate mental health services were currently a priority.

Should I volunteer on my two-week holiday?

Although the exact need for physiotherapists within Europe during this refugee/migrant crisis is currently unclear, the organisations that ADAPT has spoken to repeat the same message – they do see a role for experienced physiotherapists in their teams, particularly those with language skills and experience working with refugees, but short-term volunteering is generally not particularly useful.

Am I suitably insured?

Large organisations will generally provide insurance. If working for a smaller voluntary organisation, physiotherapists should be aware that they must register with the national authority (the equivalent of the UK’s Health Care Professions Council, or HCPC) if there is one, in order to practise legally and ensure you are covered by the CSP’s insurance.

Remember to maintain your professional standards and work within your scope of practice, even in humanitarian situations.

What can I do here?

The UK government has pledged to take in 20,000 refugees over the next five years.

Though registered asylum seekers can access the NHS free of charge, some have complex needs, and receive care from organisations like Freedom from Torture. This may increase the need for volunteers in the UK to provide them with support.

We’d suggest you consider volunteering in the UK before travelling abroad. There are also many non-physiotherapy related opportunities for volunteers with both local and national refugee support groups,. Physio staff have many non-clinical skills that can be useful.

Should I volunteer in a non-physio capacity?

If you are not working as a physiotherapist, you would be classed as an aid worker, and should work for an organisation with experience of delivering aid in this context.

Before rushing to volunteer as an aid worker, or to deliver your own donations, consider if you could have more impact by donating the equivalent cost of purchasing and transporting any donations directly to an existing organisation. It should already have distribution methods in place and have an understanding of the local needs. These are often very different from what we might assume. Though you might not get the same personal satisfaction, you might have more of an impact FL

This article was co-authored by Laura Treacy and Peter Skelton, who are members of ADAPT. For more information visit adapt.csp.org.uk

Organisations looking for physio volunteers in the UK:

Organisations to monitor for possible opportunities for physiotherapists in the UK include:

Organisations likely to be looking for experienced physiotherapists for longer term deployments to the Middle East in the future:

Organisations that recruit physiotherapists as part of their global responses:

If you are interested more broadly in humanitarian response, and want to build your skills, the UK government supports UK-Med and Handicap International to train health professionals to respond to disasters as part of the UK Emergency Medical Team. You can sign up for this community of practice at their website

Handicap International have also worked with WCPT and others to publish a dos and don’ts guide on responding internationally to disasters.