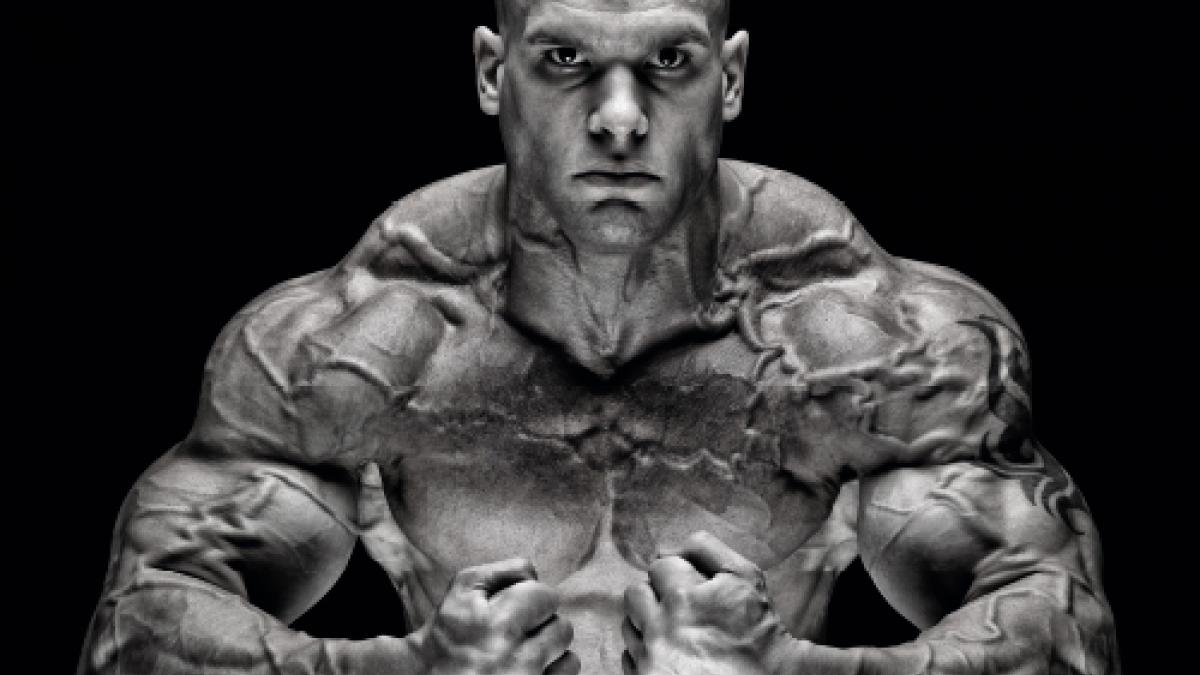 In the UK, anabolic steroids are defined as class C drugs, which require a medical prescription. They mimic the effects of the male hormone testosterone and can help to treat delayed puberty, disease-related muscle loss and hormone problems in men. But they can be taken illegally to increase muscle mass and improve athletic performance. According to the 2015 Crime Survey, almost 60,000 people take anabolic steroids illegally in England and Wales a year http://bit.ly/29PfsI4
Uzo Ehiogu is the communications officer for the Musculoskeletal (MSK) Association of Chartered Physiotherapists and head of physio at the private London Bridge Hospital. Mr Ehiogu, who was a physiotherapy officer in the British army and worked in professional football earlier in his career, told Frontline: ‘I’ve treated many keen exercise enthusiasts – mainly body builders – who I suspect were using controlled substances to enhance their performance. The key issue with is that because these patients can train harder they often push themselves too far.’
As a result of such behaviour, steroid use can lead to injuries such as strains and problems associated with excessive muscular development, Mr Ehiogu says. This can include rotator cuff disease and chronic overload of the shoulder joint and patella femoral joint.
Physiotherapist Nick Johnson agrees. He is part of a dementia care team at the Angelton Clinic at Glanrhyd Hospital in Bridgend, South Wales. But while working as a rotational physio he treated a number of patients who used steroids. ‘The difficulty for us as physiotherapists is that anabolic steroids also seem to affect the quality of healing and the integrity of tissues,’ he says. In his experience, this is particularly true of tendons and soft tissues, and he has noted an increased risk of serious ruptures.
‘Someone on steroids may look very big and bulky, but their tendons and connective tissues aren’t necessarily strong,’ says Mr Johnson. ‘I’ve seen a couple of guys with bicep ruptures. It’s such a rare thing to happen unless you are using massive weights, and it seems to go hand in hand with steroid use.’
Anabolic steroids must be injected and Mr Johnson says this can cause further problems, because illegal users receive no guidance about how to inject the drugs safely.
‘I have seen at least three people with intramuscular abscesses, usually in the deltoids,’ he says. Unfortunately, in these cases, the after-effects of an abscess may have an impact on the underlying psychological issues that have led a person to take anabolic steroids. He continues: ‘If you have an intramuscular abscess you need to have it drained, which can cause what looks like a defect afterwards,’ he says. ‘Likewise bicep ruptures – it involves a period of immobilisation with an elbow flexion –  and nearly always results in defects. So if someone is taking steroids to achieve a “perfect body” that defect may then feed back into their mentality and make things worse.’

Anabolic steroids are also known to cause long-term and potentially fatal health problems. Earlier this year researchers from the University of Birmingham found that steorid users had an increased risk of abnormal heart rhythm and stroke http://bit.ly/29PfsI4 Earlier studies have also shown a link between steroid use and high blood pressure, blood clots, heart conditions, growth defects and kidney and liver tumours.
In addition, Mr Ehiogu says research suggests that steroid use can exacerbate or cause psychological disorders including depression, increased anger and aggression, schizophrenia, anxiety and eating disorders.
Mr Johnson regards the misuse of steroids as a social issue, which may also have links to mental health conditions such as body dysmorphic disorder. ‘Steroid use in some areas of south Wales is quite high, and I think it’s very closely linked to body image issues in males,’ he says. ‘Mental health has a massive part to play, and in places with high levels of unemployment working out at the gym can be a “life” for some people.’
Collin Paterson, chair of the Association of Charted Physios in Sports and Exercise Medicine, told Frontline: ‘Steroid use is fairly uncommon in high level sport, due to doping testing, but it does seem to be found more in gym environments.’
Unfortunately, members of the body-building community tend to be secretive about the use of steroids, says Mr Johnson. Most of the users he has treated were men in their early 20s, averse to sharing personal concerns and part of a ‘very macho’ culture. ‘They didn’t want to talk about it much, and even though I tried to have honest and frank conversations it was often a closed door.’
Despite this Mr Ehiogu says physios have a duty of care to ask about medically-prescribed and non-prescribed steroid use.
Steroid abuse is more likely to become apparent if physios use a bio-psychosocial approach, he suggests, by taking a patient’s lifestyle and all the cognitive, social and psychological factors into account during the first assessment. But Mr Ehiogu warns that broaching the subject requires tact. ‘My advice is to hone your communication skills and develop an effective therapeutic relationship with the patient, and most of all be sensitive to their needs and try not to judge them.’
Mr Johnson agrees and advises viewing anabolic steroids users from a continuing professional development perspective. ‘Make sure you look not only at why people may do it physically, but also some of the background psychological issues. It’s a difficult conversation to have, but if you show a bit of background knowledge people may open up to you.’
Mr Paterson recommends the UK Anti-Doping website www.UKAD.org.uk as a good resource for physios to learn about performance enhancing drugs and doping violations. fl