Tackling the taboo topic of incontinence, physio and standup Elaine Miller explains how belly laughs and CPD help people to absorb information on this sensitive issue. 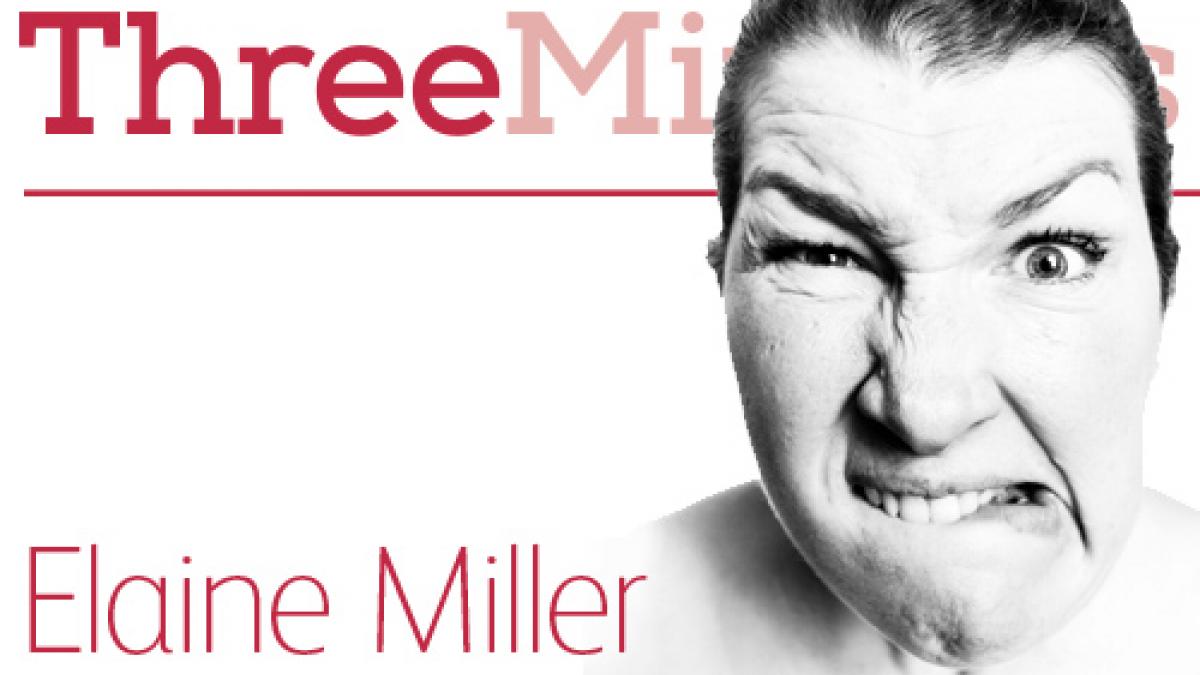 How did you start performing?

I started standup about five years ago because of a school gate bucket-list thing. I quickly realised that nothing is off limits with comedy – taboo subjects are fair game, as long as they are also genuinely funny.

I figured that humour could broach the embarrassing conditions that physiotherapists treat so well, so I wrote a show about pelvic floors called ‘Gusset Grippers’ in 2013. It won the ‘weirdest show of the fringe’ award, which is, apparently, a compliment. The show had flaws: parts of it were like an in-service training day, which simply wasn’t entertaining! The ‘new and vastly improved’ version, to be launched at the Edinburgh Fringe in August, is still strongly evidence-based but the focus is on using jokes and storytelling to get the message across to the public that these are not problems you have to put up with.

I’m pleased to have sponsorship from some fantastic companies and support from charities. As a result, I will give goodie bags to people containing information to reinforce what I have taught them. It’s important to make it simple for the audience to find help – that’s what the aim of the show is.

There’s a song about prolapses as well, but I’m not sure it’ll make the cut. I doubt that Edinburgh is ready for my warbling.

Why are your shows a hit with physio staff?

Healthcare practitioners tend to be people who enjoy communication – and that’s all comedy is. There’s definitely a curiosity factor: ‘What on earth is she doing?’ The line between being professional and funny is very fine. The feedback from professionals has been great: most people are very open to the idea of presenting health promotion material in a non-clinical setting. We know that most people do not seek help for their incontinence, so all I’m doing is evangelising. I think most clinicians identify with that because they already use humour as a tool. A skilled clinician morphs their approach from one patient to the next – from being ‘factual-scientific’ to ‘nurturing-tender’ to ‘jokey-jollying’. They often do that during a single session. I have no idea what cues they are picking up from the patient, also, the show counts as continuing professional development (CPD).

I give out certificates of attendance, a list of references and reflective questions to any healthcare practitioner who wants them. That is definitely the funniest thing about the show!

Tell us about your day job

I was working part-time in the NHS and in private practice. But I’ve cut my clinical hours until after the Fringe. There aren’t enough hours in the day to hold down clinic work and prepare properly. I’m also writing a book. It’s not an academic tome – it’s in the same tone as the show and for the general public.

And we hear you are to speak at an international event in November?

I’m still pinching myself that I’m going to be speaking at the European region-World Confederation of Physical Therapy (WCPT) event in Liverpool! The session will be interactive, but no one in the front row will get picked on like in a comedy club. In an attempt to make myself sound clever I’ll speak about what humour is and about any evidence for using comedy as a tool for health promotion and research dissemination. As a profession, we should blow of our own trumpet. That makes me think –maybe we could get some actual trumpets ... ?