Physio findings looks at research around therapies for cerebral palsy, therapy that targets depression and diabetes and specialist exercise which tackles whiplash. 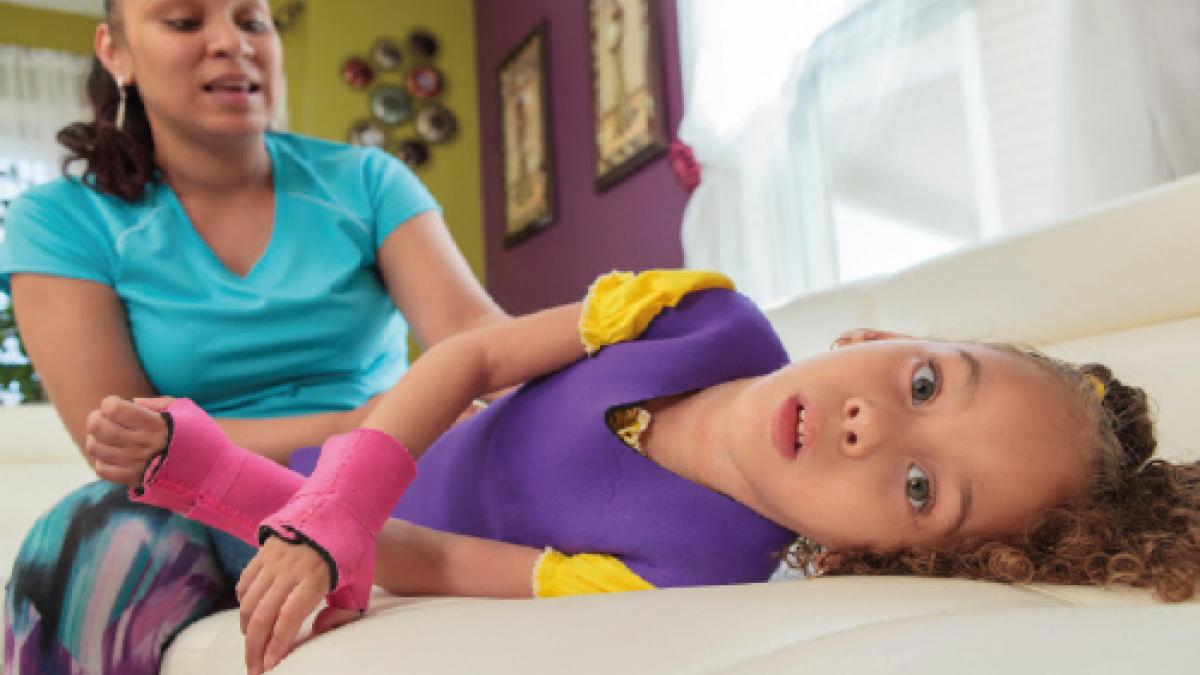 Early intervention is recommended as soon as cerebral palsy is diagnosed or even suspected in a child. During the first two years in particular, therapists have a chance of maximising the baby’s motor skills. But there’s little evidence to show what kind of therapy has the best results.

Researchers in Australia, Canada and the US teamed up to review the effectiveness of motor interventions for babies up to the age of two years. They found 34 relevant studies including 10 randomised controlled trials.

Neurodevelopmental therapy was the most commonly investigated, either as the experimental intervention or as a control.

Two interventions had a moderate to large effect on the child’s motor outcomes. These were both based on task-specific training, enriched environment and movement initiated by the child.

‘There is some promising evidence that early intervention incorporating child-initiated movement (based on motor-learning principles and task specificity), parental education and environment modification have a positive effect on motor development,’ the authors conclude.

However, the evidence for early motor intervention is limited by a shortage of high-quality trials, they add, and further research is crucial.  Morgan C et al. Effectiveness of motor interventions in infants with cerebral palsy: a systematic review, Developmental Medicine & Child Neurology 2016.

Depression often goes hand in hand with diabetes, and people with both conditions have poorer glycaemic control. Exercise has been found to improve both depression and diabetes.  So Kristin Schneider, of the University of Massachusetts Medical School, and colleagues tried a strategy to help depressed women with type 2 diabetes become more active.

They used a treatment for depression that focuses on the patient’s environment rather than their thoughts, finding enjoyable activities to motivate them.

‘Because patients with diabetes and comorbid depression are often sedentary and lack motivation to exercise, we developed a group exercise intervention that integrates strategies from behavioral activation therapy for depression to increase motivation for and enjoyment of exercise,’ the team reports.

The six-month pilot study randomly selected 29 women into an exercise group and a non-exercising control group.  Although no major differences were found in the two groups, those who exercised said they became more active and felt less depressed.

‘However, whether these strategies can be delivered in a less intensive manner to a broader population of sedentary adults, for greater initiation and maintenance of physical activity, deserves further study.’

How much difference does neck-specific exercise make to people with chronic whiplash disorder? Swedish researchers tested two special programmes to see whether they improved people’s symptoms and ability to cope more than general physical activity.

One group followed a neck-specific exercise programme, another did the same programme with a behavioural approach, and the third were prescribed physical activity. All the participants’ levels of pain, disability and self-efficacy were measured after a year and after two years.

‘Both neck-specific exercise groups maintained more improvement regarding disability/functioning than the prescribed physical activity group at both time-points,’ the team report.

After a year, 61 per cent of those doing neck-specific exercises had reduced the amount of pain they experienced by at least half, compared with 26 per cent of those in the general activity group – though the difference in pain dwindled over the following year.

‘After one to two years, participants with chronic whiplash who were randomized to neck-specific exercise, with or without a behavioural approach, remained more improved than participants who were prescribed general physical activity,’ the authors conclude.

Ludvigsson ML et al. One- and two-year follow-up of a randomized trial of neck-specific exercise with or without a behavioural approach compared with prescription of physical activity in chronic whiplash disorder, Journal of Rehabilitation Medicine 2016.