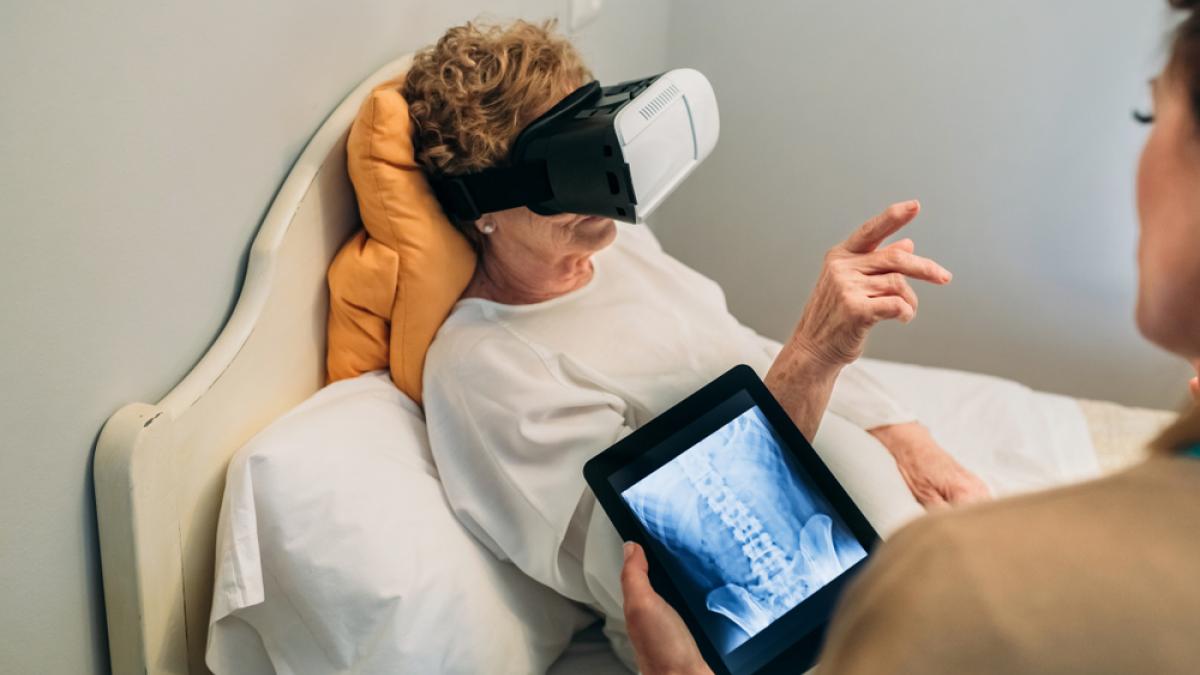 What is virtual reality?

Virtual reality (VR) is an artificial environment that the user experiences as if they were really there. A number of technologies are used to achieve this.

VR can be used for both entertainment and more serious applications, and there are many opportunities for innovation. It has the potential to fundamentally change how we communicate and work.

VR systems can be immersive or non-immersive. In immersive VR, the user can explore and interact with a 3D, computer-generated environment. They become part of this virtual world and are able to manipulate objects or perform a series of actions. Immersive VR uses movement-sensing head-mounted displays, with or without additional hand controls.

Non-immersive systems use a visual display such as a flat-screen projector, television, curved screen or walled projection room. The user can interact with the system using a hand-held controller, for example, or through sensors and/or cameras that detect and display their movement.

Augmented reality (AR) superimposes a computer-generated image on to the real world. It enables students to view and interact with 3D models, such as getting up close and personal with a beating heart. This content boosts engagement, understanding and ultimately knowledge retention.

Headsets include a front-facing camera and ARC (augmented reality classroom) app, which can be launched with a simple thumbs-up gesture. When students look at the ARC trigger images on worksheets or posters, the content comes to life, delivering interactive 3D models, such as machines, historical artefacts, planets, blood cells and many other exciting educational resources.

Mixed reality blends virtual objects with real-world views, enabling students to interact physically with a huge range of 3D models. They can hold a human heart in their hands, get close to a black widow spider or step inside a medieval house.

Why is virtual reality important?

These advances are important for several reasons:

What can virtual reality do for physiotherapy?

In patient-facing rehabilitation, VR is incorporated into games that enable participants to practise movements or develop skills in an environment that is safe but also engaging and challenging. For instance, in stroke rehabilitation, VR is being used to radically increase the amount of movements undertaken in a treatment session, with predicted gains in function and overall outcome.

In these contexts, VR doesn’t need to be custom-made or expensive. Commercial systems such as Microsoft Kinect – which can sense and represent movement without requiring the user to hold a controller or wear markers – provide an engaging and fun experience. Some patients can use the ‘training’ games available for these systems. However, they are not suitable for all, so games and content do need to be considered for each individual.

Outside physical rehabilitation settings, VR is being used to mimic social systems for people with communication problems and to help veterans with post-traumatic stress disorder and/or generalised anxiety.

Typically, we learn soft skills through experience, but VR, AR and artificial intelligence can be used to improve learning. These approaches can lower costs, save time and be used anywhere.

The Brain and Spinal Injury Centre (BASIC) is a neurological rehabilitation centre that has a purpose-built virtual reality suite. This enables patients to move, walk and use their arms in engaging and immersive environments to complete tasks and play games. An evaluation of one device for the upper limb revealed that patients enjoyed the challenge of playing games to improve recovery.

Some of the systematic reviews summarising the existing evidence relating to VR in rehabilitation are described below: 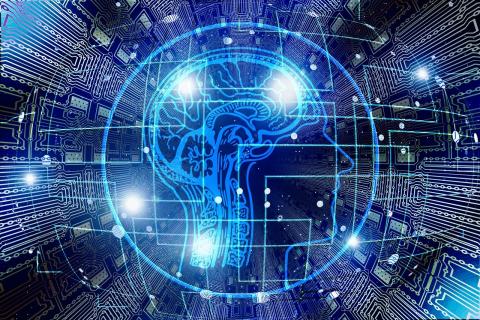 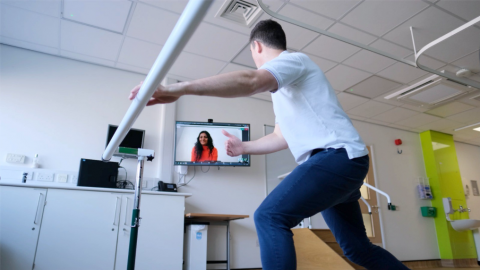 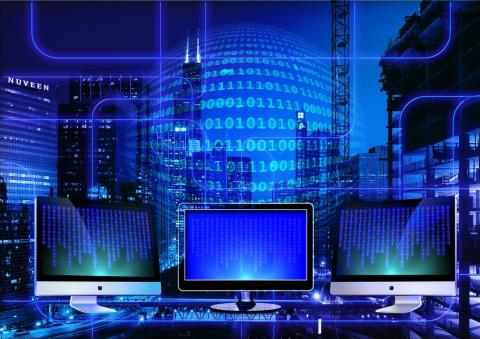 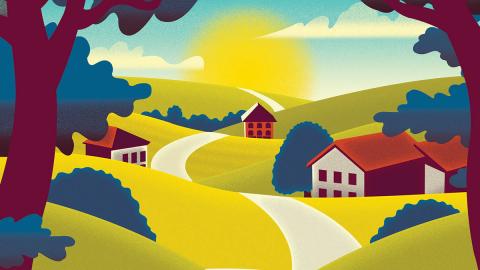