Going out and speaking to the public is an effective way to reach service users, delegates were told at the #CSPempowers student weekend. 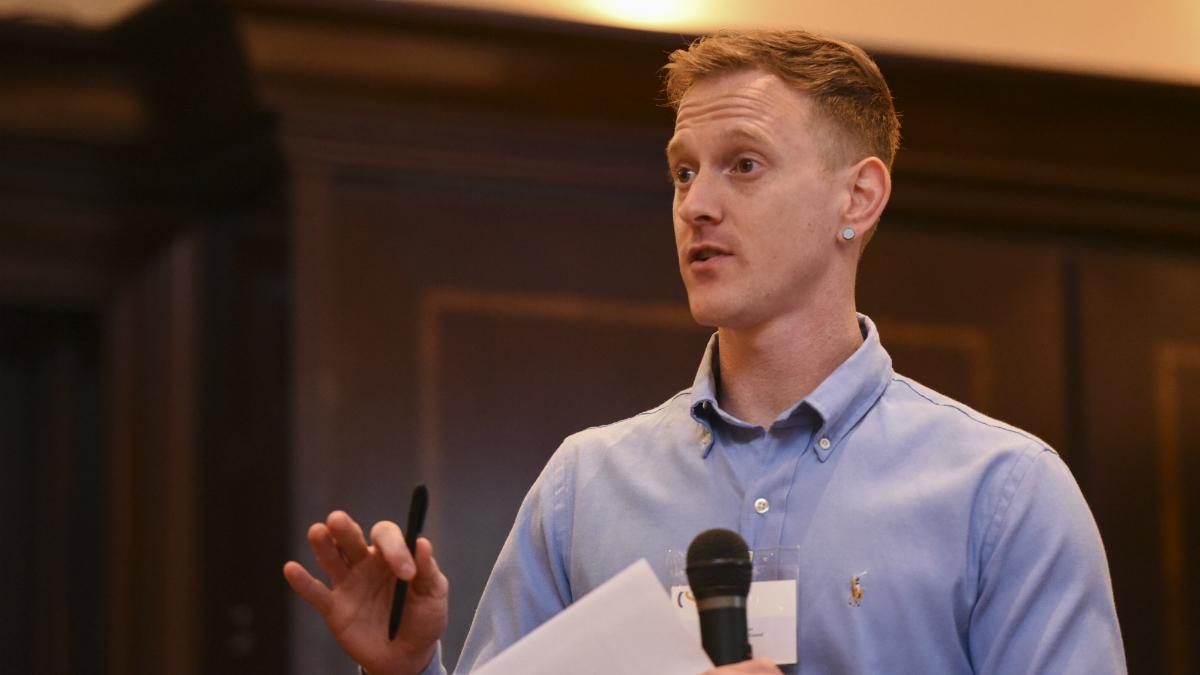 Glenn Etherington, a student executive committee rep from the University of Southampton said he had organised his entire cohort to swim from a beach to promote physiotherapy.

And on the train to the weekend in Leeds he had helped a woman with multiple sclerosis with information about how physiotherapy could help her condition. ‘Four people came up to me and said they now know more, which shows we can make people understand what physio can do at every opportunity,’ he said.

Catherine Chappell, a CSP campaigns and regional engagement officer, illustrated how important it was to mobilise public engagement during a public consultation to reduce minor injuries physiotherapy in Worcester.

‘The public just weren’t aware, it was under the radar,’ she said.

‘Students were involved in a day of protest and a petition, the local MP attended and the service was saved.

‘Students have a valuable role in supporting the profession and part of that is to keep a watching brief on what is happening, an eye on the CCG's Twitter accounts to spot threats.’

Student reps were advised to become members of patient participation groups and contact the Healthwatch network to have a say in the design of local services.

Ms Chappell and fellow regional officer Mindy Daubeny led 15-minute workshops with students brainstorming in groups how they would fight a campaign to save their local services.

Steve Tolan, the CSP’s head of practice, led a session entitled Blue Sky Thinking to explore how networks and campaigns can be organised without any money.