A physiotherapist from Birmingham has set up a climbing club for people with disabilities. 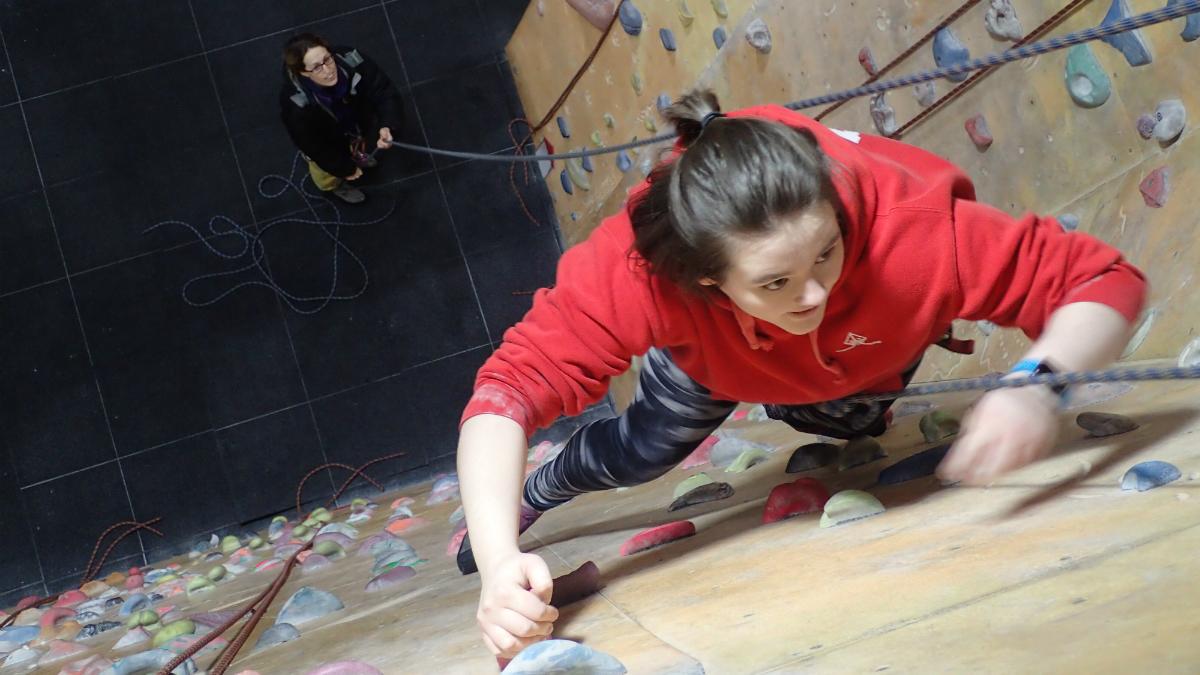 Since December, she and her fiancé, Tigs Campbell, have been running weekly climbing sessions at Redpoint Climbing Centre in Birmingham.

Ms John told Frontline: ‘We decided to use our rock climbing experience to help people with all kinds of disabilities access climbing.

‘My fiancé suffers with chronic pain and I have done in the past so we use climbing as part of our pain management, so we know it works and want to encourage people of all ages to come out and have some fun.

‘The aim is to enable anybody who has a mental or physical disability to feel safe in the environment that we create. And we make it an opportunity to socialise, as well asexercise, so people can talk to us about their day and how they have been feeling.

‘So even if they don’t feel like climbing they can just come along for the social aspect and get to know others in the club and help out.’

She added that people with emotional and physical disabilities often struggle to find a place where they feel they belong. As such, the club aims to allow people to build empathic relationships and have time ‘to talk about what they have been through’, while also engaging in fun and gentle exercise.

The sessions are already receiving positive feedback from participants.

‘A young man who is quite a recent below knee amputee said he forgot he was an amputee while he was climbing,’ said Ms John

‘And we had a young boy with autism and an astigmatism and he absolutely loved it. He was able to achieve so much climbing up the wall, which is rare for him, as he often gets excluded from sports at school due to his sight problems.’

The scheme is currently self-funded, but the couple are hoping they can establish the club as a charity.

‘I have contacted a few charities that I know through my work as they support people with amputations or limb problems and we have paid for a logo and a poster to be produced, as well as embroidered T-shirts and fleeces,’ said Ms John.

The West Midlands paraclimbing club is on Facebook @WMPCBHAM