Physiotherapists should stop ‘taking it on the chin’ by bearing the brunt of financial restraints that prevent them from delivering effective interventions to improve the lives and confidence of frail older people. 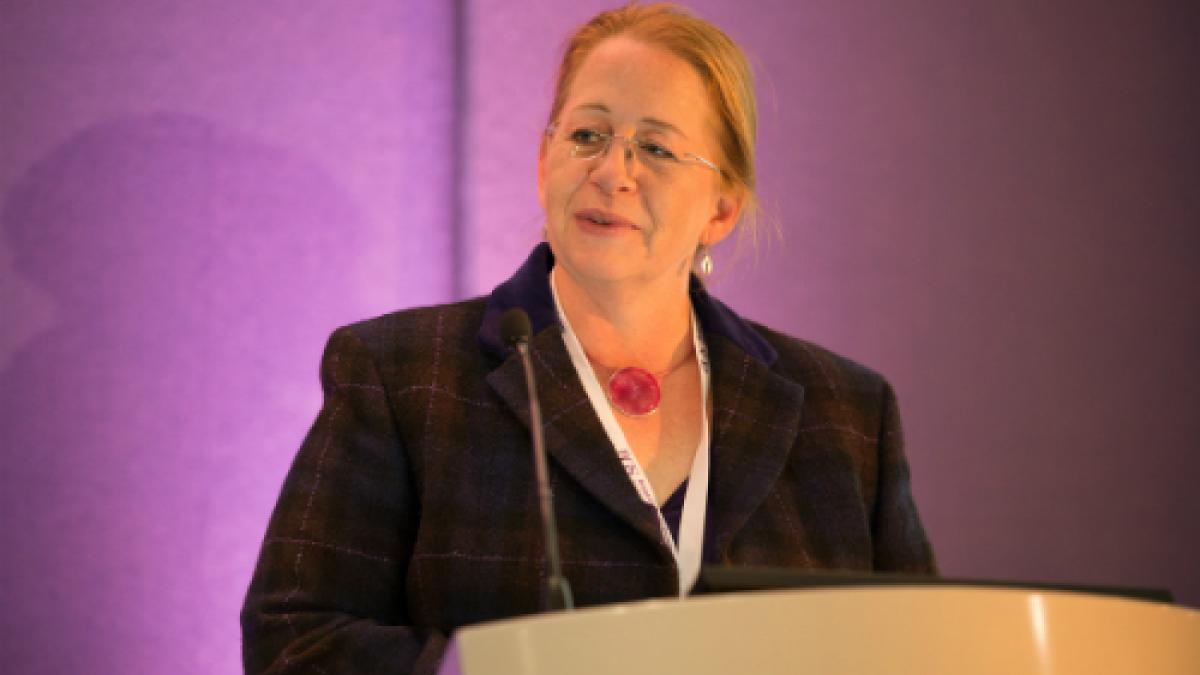 This was the message from Dawn Skelton, professor of ageing and health at Glasgow Caledonian University and an honorary member of the CSP, pictured, during her keynote lecture at the British Geriatric Society (BGS) conference, held in London from 22-24 November.

Professor Skelton told attendees that the quality of life of too many patients’ was being compromised, or even endangered, by inadequate treatment.

And she called on physiotherapists to treat exercise in the same way as doctors prescribe medication. ‘We should treat it like a drug and prescribe the correct dose and duration and the right people should be prescribing it.’

She said the evidence base makes it clear that a tailored 12-week programme of two (for frail patients) or three (for pre-frail patients) physiotherapy sessions per week could deliver marked improvements in muscle tone, strength and balance.

‘But what commissioners are saying is that we can only afford six weeks of once-a-week sessions.’

Professor Skelton said that while this might deliver short term improvements there was an underlying danger that patients might gain a major confidence boost to venture outside but have a lack of underlying strength and balance improvements, which may still leave them vulnerable to trips and falls.

At the opening of the conference Professor Skelton was called to the podium to receive the BGS Marjory Warren Lifetime Achievement Award for her contribution to improving the care of the frail elderly.

Professor Skelton developed the FaME (Falls Management Exercise) programme in the early 2000s and, with colleagues, set up a not-for-profit company, Later Life Training, to deliver training to health and fitness professionals. Now more than half the falls services in the UK use the programme.

'I am extremely honoured to receive this award,' she told the conference. 'I hope I have contributed to getting people moving more often and sitting less.'