Serious concerns about proposed £70 million cuts to the health service in Northern Ireland and the potential impact on patient services were raised by the CSP today. 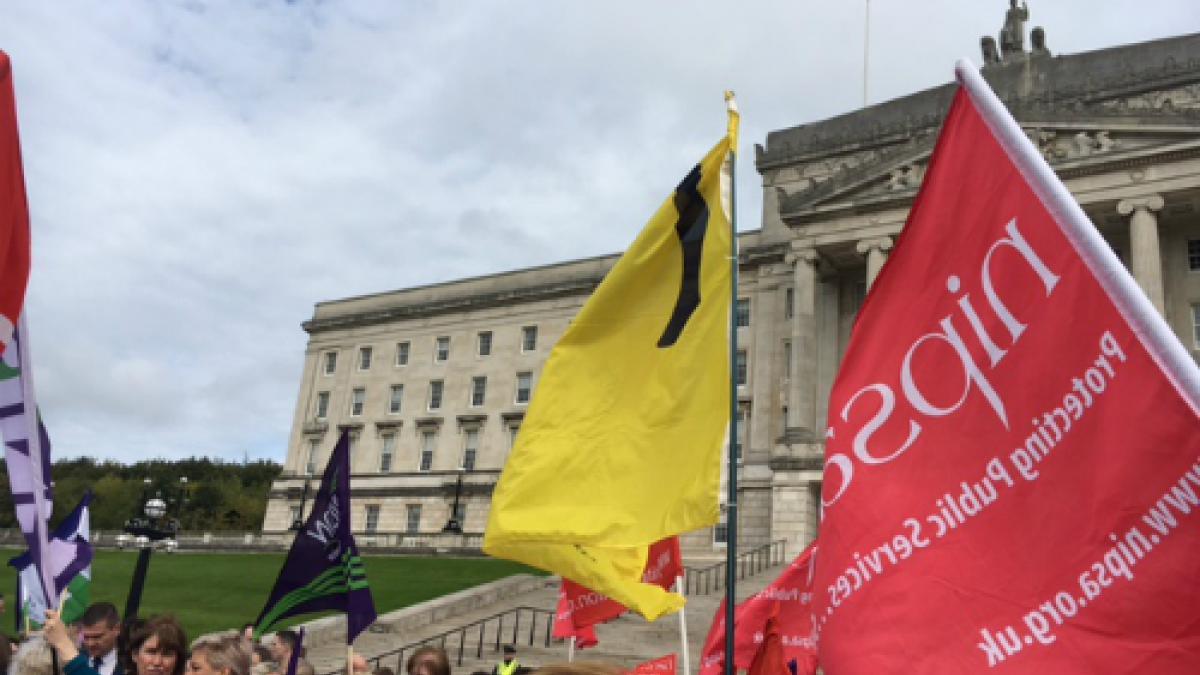 The CSP flag flew alongside those of other health trade unions outside Stormont, the seat of the Northern Ireland Assembly

The CSP joined other health trade unions in a rally outside Stormont called by the Northern Ireland Committee of the Irish Congress of Trade Unions (NICICTU). 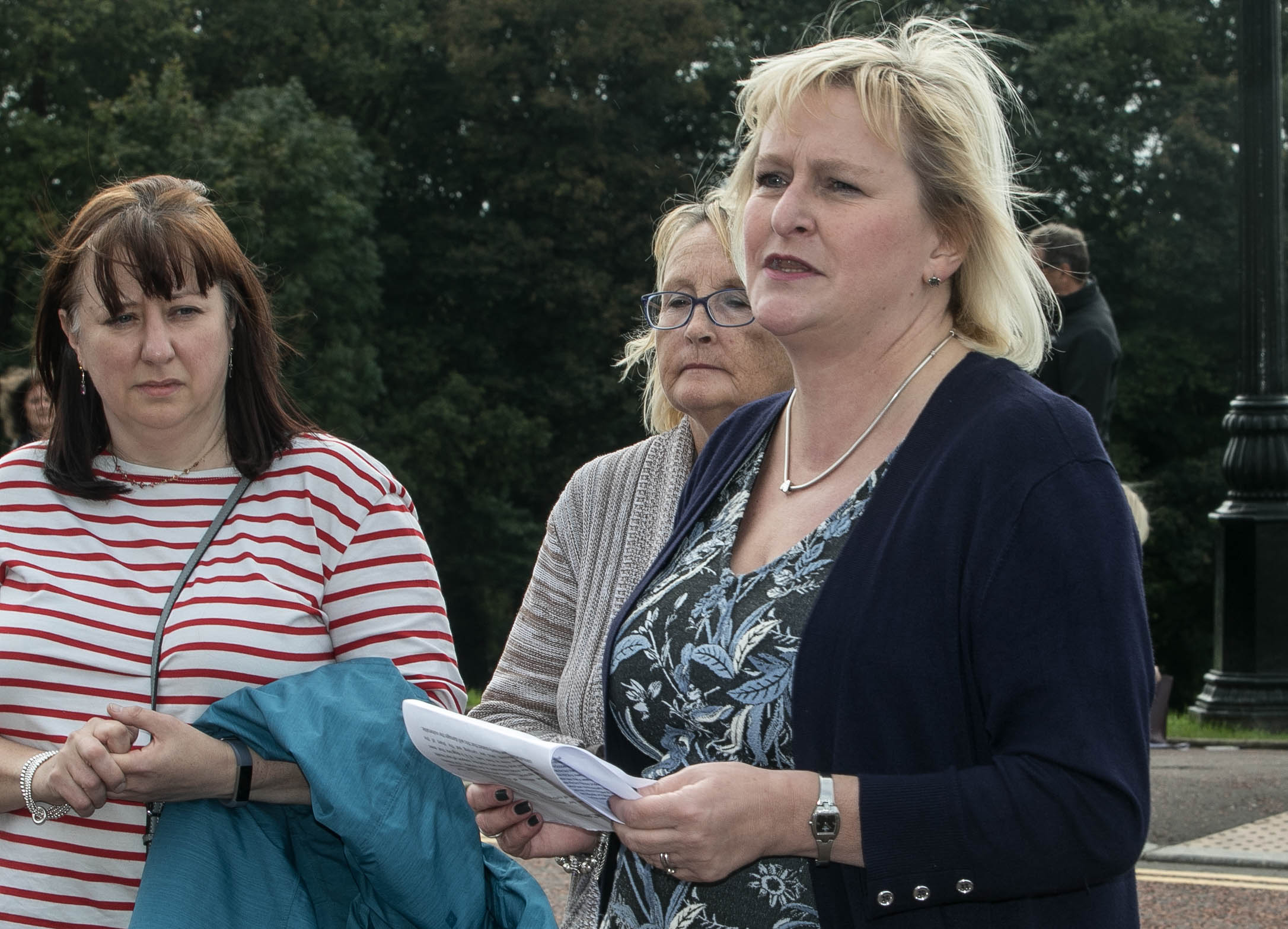 CSP senior negotiating officer Claire Ronald, on the left in the photo, who co-signed the letter as vice chair of the NICICTU health services committee, told Frontline: ‘The protest went well but Mr Pengelly was not there. We’ve asked for an urgent meeting with him to address the concerns of the trade unions.’

The letter read: ‘These proposed cuts once again highlight the enormous financial pressures facing the health service here but also the very worrying and predictable way in which some are choosing to respond.

‘Simply cutting services is a false economy.  If patients do not get the care they need, when they need it their conditions will worsen and require further support at a greater cost to the NHS.

‘Staff in Northern Ireland have continued to deliver outstanding services during the toughest of times despite being the lowest paid in the UK. Further cuts at a time when the staff are being asked to work harder than ever to transform how services are delivered is simply impossible.’

Ms Ronald added: ‘As a civic membership led organisation the CSP is of the view that any financial decision taken on the scale proposed is fundamentally undemocratic.

‘Given that we have no Executive there are no governance arrangements in place to challenge and scrutinise these decisions. As a society we have to ask, is it right that public spending decisions of this magnitude can be taken by faceless, unelected, unaccountable public servants without being challenged?’