A university physiotherapy department is working with Microsoft to develop computer games that motivate children with cystic fibrosis (CF) to complete breathing exercises to clear their lungs. 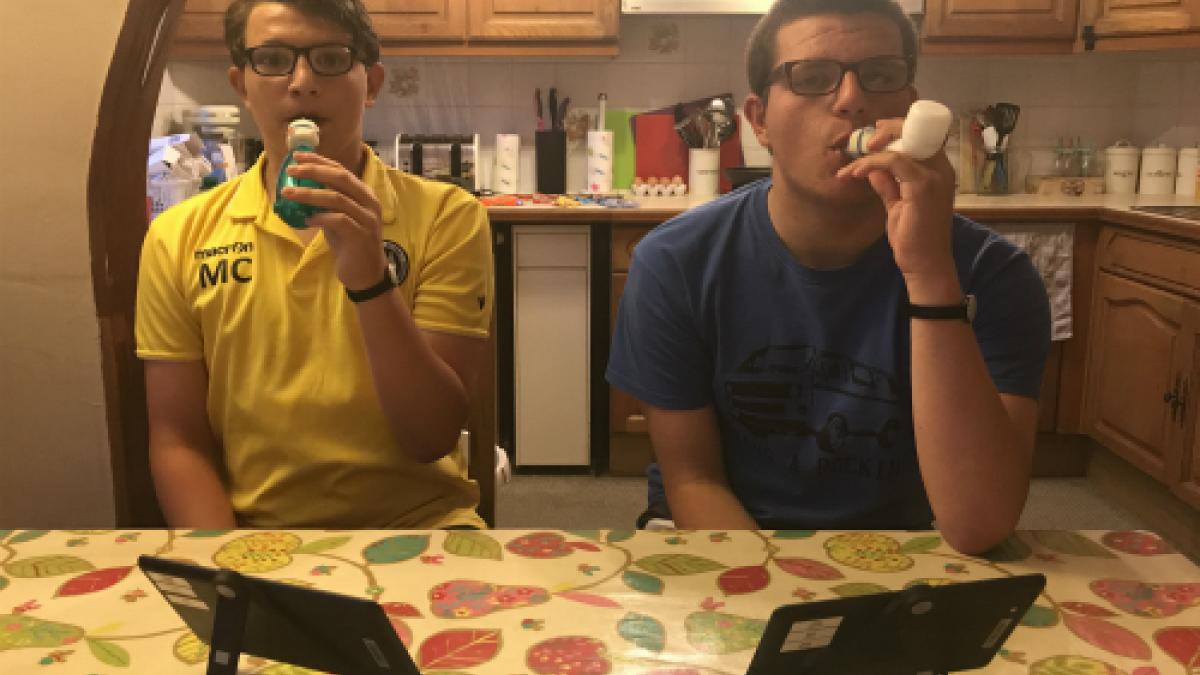 Morgan and Aiden Coxhead, who have CF, use the prototype chipped airway clearance devices

Haiyan Zhang, innovation director at Microsoft Research, spoke about the company’s partnership with physiotherapists at University College London at the Createch2017 event in London on 13 June.

She explained that the "Fizzyo" project takes conventional airway clearance devices and inserts a wireless chipped electronic sensor into the mouthpiece. As the user exhales, the sensor sends electronic signals that control computer games on a tablet.

During the programme, Ms Zhang worked with two teenagers in Cornwall who have CF.

People with CF are particularly susceptible to lung infections due to the increased build-up of thick secretions and have to take precautions to avoid exposure to harmful bacteria and other bugs.

Computer gaming is part of daily life for the two boys in Cornwall, as is 30 minutes of airway clearance exercise to loosen mucus in their lungs to cough and clear.

‘I started creating a sensor which attaches to a traditional physiotherapy device and turns the children’s breath into controls for a video game,’ Ms Zhang told the event.

‘It’s a sensor that uses existing equipment and allows you to play video games in the day-to-day treatment. From a prototype, we were able to turn this into self-contained devices that the kids can use day in day out with their treatment.’

The device was developed with the help of the university’s physiotherapy staff, including Eleanor Main, course director, and Sarah Rand, senior teaching fellow and research fellow.

Professor Main said the BBC documentary showed an early prototype of the device. There have been three further designs to produce an electronic sensor that can fit a range of airway clearance devices and is easier to clean.

A key part of the project is collecting data, which could inform clinicians about compliance with airway clearance and how effective it is.

‘This is potentially a way for us to collect data we have never seen before,’ said Ms Rand.

‘We have been prescribing the same treatment for a number of years and there is no way for us to look and see whether treatments are the right ones for individuals and how they correlate to other outcomes. And that is what we are trying to do with this.’

‘If all of that is working perfectly, then the attachments will be 3D printed, and then we will mould and manufacture 100 of these devices,’ she said.

‘The boys in Cornwall are quite obsessed with computer games, so it was a way in for them,’ said Professor Main. ‘But is it a way in for everyone? We don’t know this yet.’

‘And more importantly, would any change or improvement in compliance be accompanied by better clinical outcomes.’