We Need to Talk, an education project run by therapy staff in east London for disabled teenagers, culminated in a public exhibition of the youngsters’ photography. 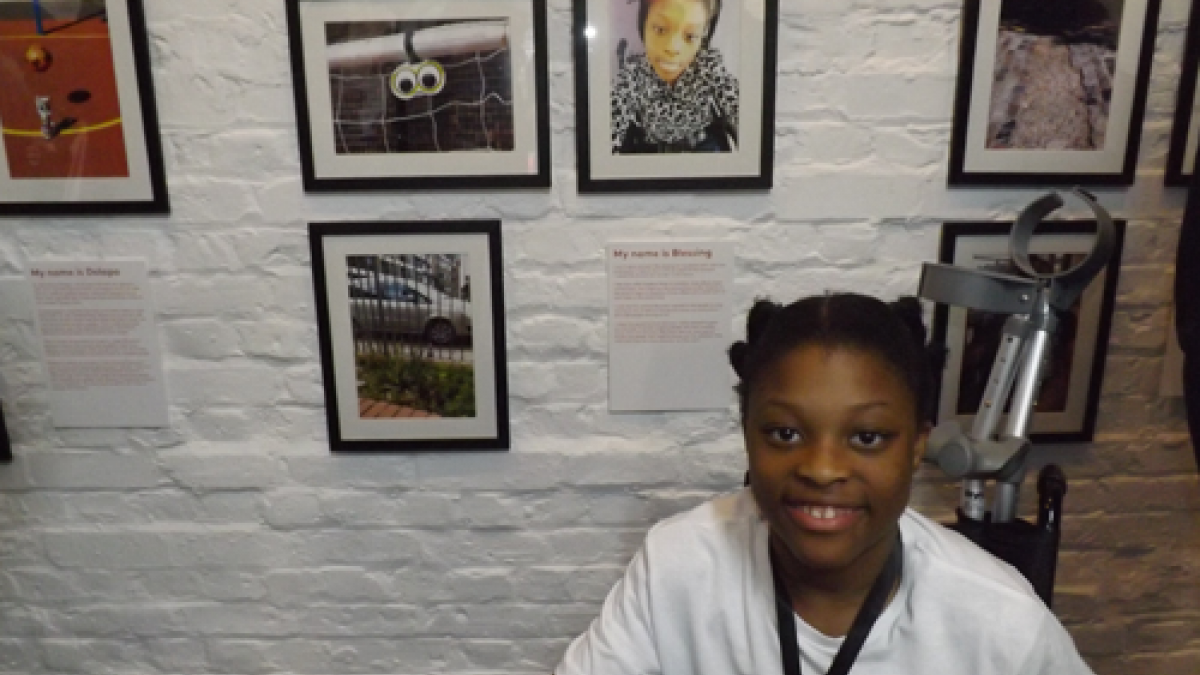 The images were on show in a Dalston community centre during September and October. Now the therapists are looking for other local spaces to display the work more widely.

Julie Rafferty, a physiotherapy assistant at Hackney Ark, a centre for children and young people with disability and special educational needs, said five young people aged between 11 and 16 took part in the project.

Over the summer, they attended twice-weekly education groups run by physio and occupational therapy staff. The aim was to educate them about their disabilities, opportunities and human rights.

‘But they all joined together to do the photographic work. They went out and took photographs about things they felt described themselves. And they all had a self-portrait.’

Maxine Darby, lead physiotherapist at Hackney Ark, said the idea of developing an education project – and including a creative element – was prompted by an audit of the health plans of all the centre’s teenagers.

After it revealed that none of the young people had a good understanding of their condition, the therapists decided on a project to educate them. To make it more interesting, they included photography.

In an effort to raise money for the exhibition, Ms Darby and children’s physio Catherine Lomas, joined forces – literally – in a three-legged walk through the capital, collecting money on the way.

Local businesses also made donations and all the funds raised went on printing and taxi fares, so the budding photographers could attend the event.

‘What struck me was how proud the young people were on the evening the exhibition opened,’ said Ms Rafferty.

‘They all enjoyed it, and they enjoyed dressing up the two therapists before they walked nearly three miles from Hackney Ark to Liverpool Street.’

We Need to Talk is not the first venture for Hackney Ark’s therapists. In 2012 they organised a photography exhibition on the theme of accessibility. Last year they helped young people to make a documentary about cerebral palsy.

And sometimes the projects generated other initiatives, as she described: ‘After the Cerebral People film in 2015, we decided to run a separate education project for parents. We did a pilot earlier this year and we’re repeating it in November.’

Film is ‘invaluable resource’ for people with cerebral palsy