The CSP’s Workout at Work 2016 campaign kicked off this week in south Wales with a new twist. 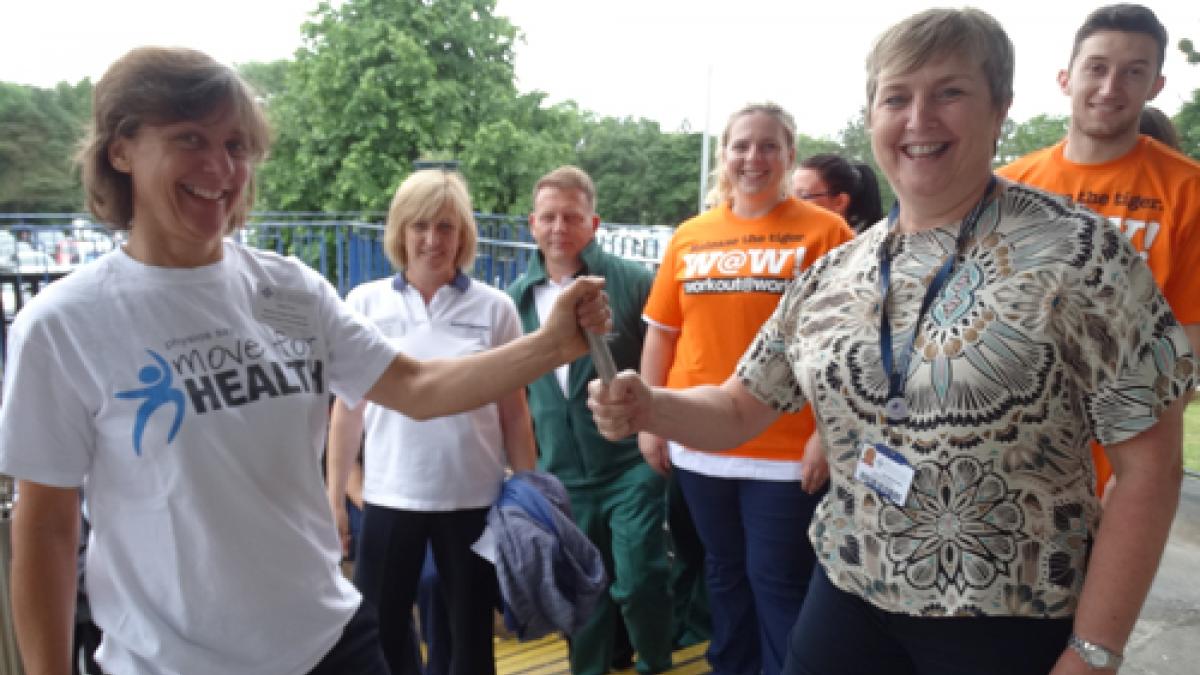 Staff in nine hospitals took to the footpaths and streets to walk around their places of work in a challenge organised by the physiotherapy health promotion group at Abertawe Bro Morgannwg University Health Board (ABMU).

Inspired by this summer’s Rio Games, the physios have given the event an Olympic flavour with staff invited to spend a week passing the ‘walk@work’ baton on from one hospital to the next.

Physiotherapy clinical manager Clare Ford said: ‘This is the fifth year ABMU has taken part but this time we wanted to do something a bit different.’

They measured the distance between nine hospitals and the health board’s Baglan headquarters as being 54 miles – and health board chairman Andrew Davies has now laid down the challenge for staff to collectively walk 54 miles during the week.

To do this they can join short circular walks around the perimeter of each site on designated days. The event kicked off on 13 June with walks at Singleton Hospital, in Swansea.

The baton passed to staff at Morriston and Gorseinon hospitals on the following day. It will then travel between ABMU headquarters to Tonna, Neath, Port Talbot and Maesteg hospitals before going on to Princess of Wales and Glanrhyd hospitals in Bridgend.

The walks take no more than 10-15 minutes and organisers hope that as many staff as possible will come out to help clock up the target distance.

‘How far they walk is up to them. Some people might stroll once round the route, others might have time for a couple of circuits but the distance they manage will be recorded and go towards the total,’ said Ms Ford.

Everyone who takes part will be entered into a free raffle for a walking-related prize. At each site there will also be advice about keeping active as well as local maps for people who are inspired to do more walking.

Ms Ford added: ‘We really want this week to be about showing staff what is possible. We know there are health benefits to being as active as possible in the workplace, particularly if you have a desk-based job.

‘But taking a break is also so good for your wellbeing – if you have a busy or stressful role it is good to get away from the job for a while and get some fresh air.’

Find out how you can get involved in CSP Workout at work day 2016.