A conversation with CSP's oldest member, who is 102, and our youngest, who is just 18. 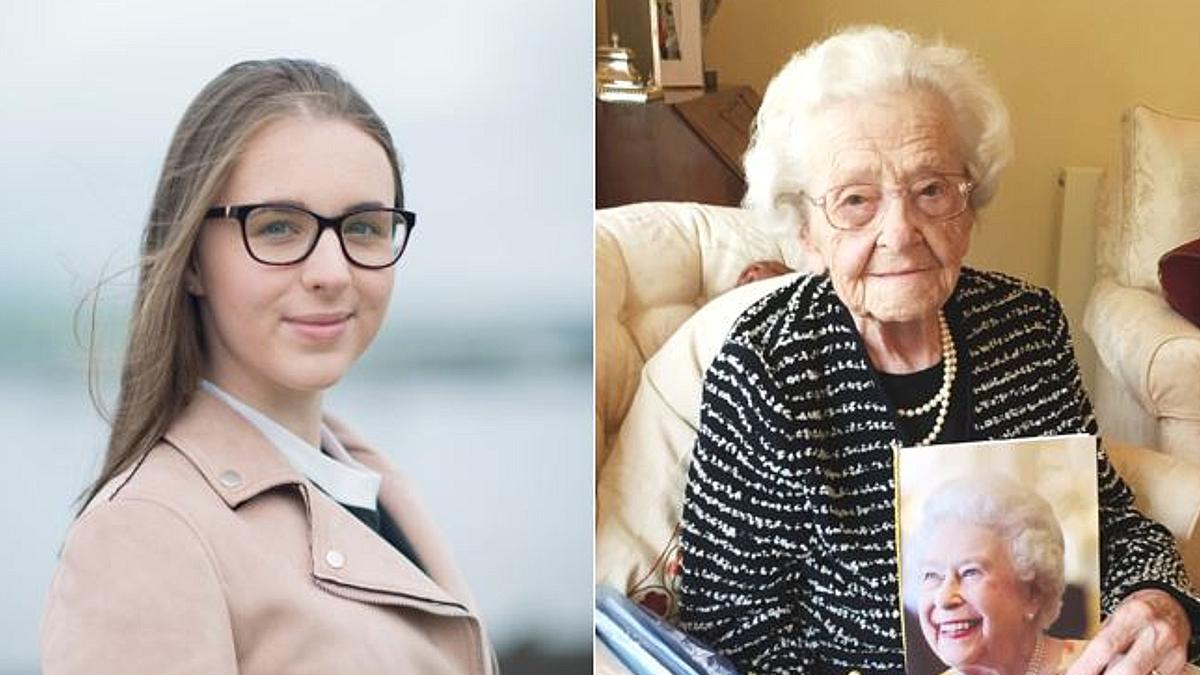 At the age of 102, Virginia Rowbotham is the CSP’s oldest member, while 18-year-old Hannah Thomson is currently the youngest.

Virginia lives in a care home in Henley-on-Thames and Hannah lives with her family in Helensburgh, Scotland.

We spoke to them both about their experiences, views and reflections on the profession.

What made you want to become a physiotherapist?

Virginia: When I was at boarding school I wanted to do nursing or medicine or physio, but I ended up deciding on physio.

In those days you had to pay to train and my father didn’t have a lot of money, so he had to splash out and save for me to do physio, as it was quite a lot for the course — whereas if you were a nurse you got paid.

Physiotherapy was a very hard career to follow, as it was really hard work

Hannah: I’ve always known I wanted a career where I could help people. When I was in school, I had the opportunity to shadow physiotherapists in some local hospitals and I really enjoyed it. 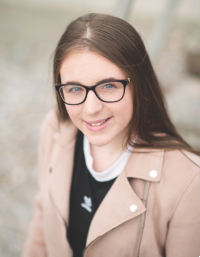 Before that I had no idea that physios worked in so many areas within healthcare. I’ve also taken part in many sports all my life, so I thought physiotherapy would also allow me to promote something I am passionate about.

Tell us about your studies

Virginia: I trained at Kings College Hospital, which I think was one of the best in London, and we had excellent staff.

It was a shorter course in those days. It was 18 months and now it’s much longer, so we crammed a lot in and it was jolly hard work.

We mostly did massage and medical gymnastics for the first few months, then after that it was medical electricity.

The electricity side I found very difficult, but I think it was my favourite subject, in spite of it being such hard work.

Another thing we did then, which I don’t think they do now, is sunlight therapy.

Poor children from the east end of London used to come up to the hospital and we’d treat them.

They would strip to their waists and cover up their eyes up and we would give them artificial sunlight, which was meant to be helpful to them.

Hannah: I’m studying at Glasgow Caledonian University and I’m enjoying learning all about the human body and how everything works together.

I like that the course is very practical so I can learn the theory and then see it in real life. The practical learning has given me a lot more confidence and allowed me to develop the way I interact with patients.

Starting the course when I was only 17 years old was a bit daunting as many people were a lot older and more experienced than I was.

I’d only just left school but many of the other students had already studied at college or university. But that turned out to be a good thing as I was able to learn a lot from them.

Virginia, what did you do after you qualified?

After my training I joined CSP and I was awarded a BA. And I got my degree without going to university — although I would have gone to university if I hadn’t trained at that time.

Life was pretty hectic after the war came

We lived in Sonning then and I had to work at the Royal Berkshire Hospital in Reading, as that was the nearest hospital.

I cycled in every day, because we didn’t have any petrol. And in those days we lived in, so we stayed over at the hospital.

I worked there three days a week, in a newly built wing, and we also did evening clinics.

The patients saw a doctor before they were sent to our department and I did general massage and other things, and I really liked it.

Did you treat soldiers at the hospital?

Oh, yes. And I remember when all the troops came back from Dunkirk, we went down to the station and all these poor men were leaning out of the windows.

We handed them cups of tea and they were in such a state. They looked so exhausted and worn out.

And what did you do after the war?

Most of my friends were having babies, and they stopped working once they did, but I carried on until after the war, although I did do a bit of private work sometimes.

I didn’t end up specialising in any area, as I was interested in all of it — but I particularly liked the medical electricity. We used to do muscle testing, to see if there was any life in the muscles or not, and I enjoyed that.

Hannah, what do you hope to do after you qualify? 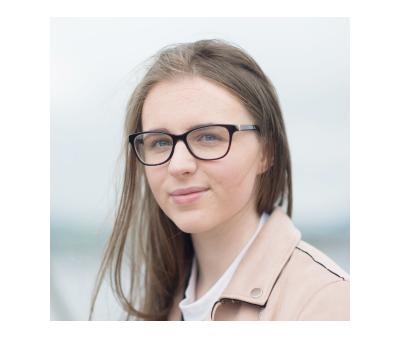 Before I began studying I always wanted to work in paediatrics, but over the last year I’ve learned so much more about the different areas that physios work in.

During my studies, a lot of emphasis has been put on the ageing population in the UK.

I found it really interesting to shadow physiotherapists in an elderly rehab ward when I was doing work experience and I was really disappointed to miss my elderly rehab placement because of Covid-19.

But I could definitely see myself working in this setting when I graduate. I think once I complete more placements, I’ll have a clearer view of the clinical area I’d like to work in.

Have you had any interesting placement opportunities?

For my first year placement I was very lucky to be shadowing physiotherapists in a stem cell transplant ward at the Queen Elizabeth University Hospital.

The team were great and always made sure I understood what was going on. They also gave me lots of information to read up on, so I had background knowledge of the treatments happening in the ward and why the physios were so essential to the patient’s recovery.

Virginia, what advice would you give to students today?

When I trained we were advised by the head of the physiotherapy department to stay at a hostel in Clapham, and it took us about three quarters of an hour to walk to the hospital.

But then suddenly, to our dismay, we were told to get out because the King George Jubilee Trust Fund had bought it as a hostel for boys.

So we found somewhere else, which was literally five minutes’ walk from the hospital. It was a lovely little house with a garden and it wasn’t expensive. I was there for two years and it was marvellous. Those were very happy days.

Other people spent hours on a train to get to the hospital. So I would always advise people to find somewhere nearby. Don’t live miles and miles away from where you’re training.

Tell us about your experiences of being a CSP member

Hannah: I’ve enjoyed receiving a monthly magazine from the CSP because it allows me to keep up to date with new things happening within physiotherapy.

The website was also a great resource when I was completing assignments for university.

Virginia: When I started it was CSMMG – The Chartered Society of Massage and Medical Gymnastics.

That was rather a mouthful, so it was much easier when they dropped that title and became the CSP.

I’ve kept up my membership, although of course I don’t really need it – but I find it’s quite interesting to keep up with things.

I still get the magazine every month and I don’t want to give it up.

I read it all and look at all the different things – and I always check to see who’s died.

How have you both been coping during the pandemic?

Hannah: I started working in a supermarket just before lockdown started and I’ve been able to pick up lots of extra shifts over the last few months.

I’m glad I’ve been working during the pandemic because I think it would’ve been difficult to stay at home all the time.

I’ve missed being able to see my friends as much, but I have enjoyed spending time with my family.

Virginia: I’ve coped all right. We have our temperatures taken every day here and nobody has got it.

The carers take great care and are very particular about hand-washing and that sort of thing.

I’ve managed, because I have all my food brought for me, but unfortunately I can’t go out and see my daughter Jane.

She lives about a mile away and I used to go every Sunday, and two or three times a week, but I can’t now.

And, of course, we can’t see hairdressers or anything — so I haven’t had my haircut for a while.

Do you do have any daily routines or habits to help you stay fit and healthy?

Hannah: As a swimmer I’ve been missing my normal training and competitions, so I’ve tried other ways to keep fit. I’ve been walking and hiking a lot with my mum and we’ve also been out cycling. 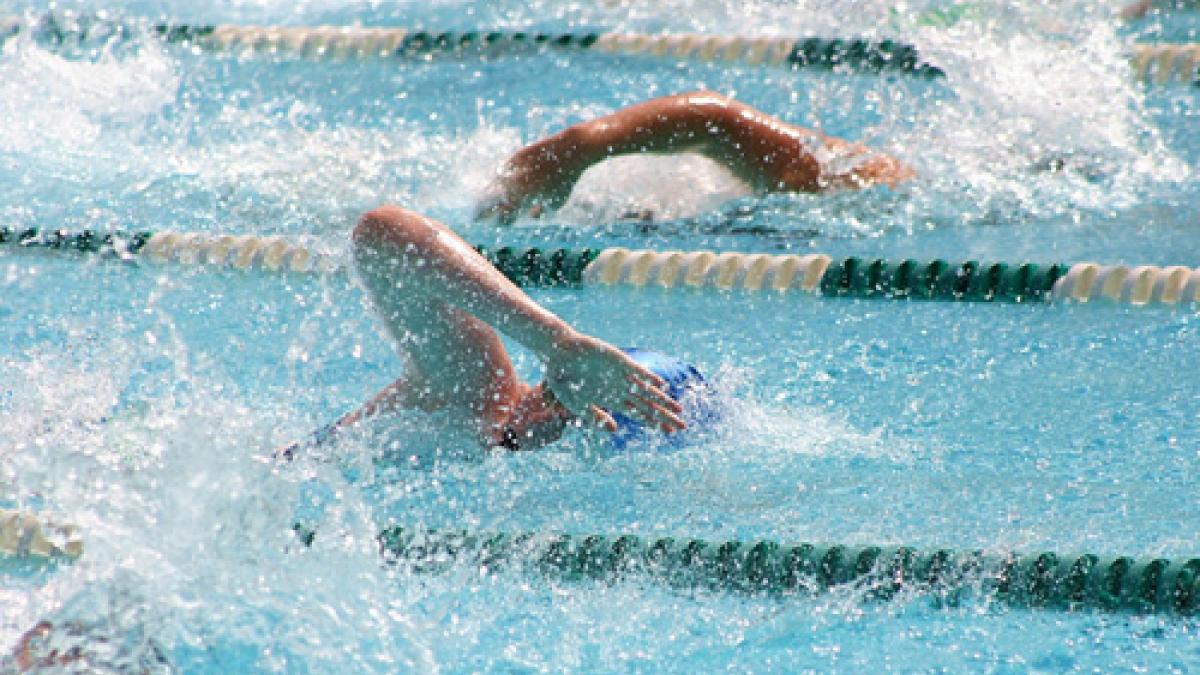 My dad has made a wee gym in our garage so me and my brother have been using that too. It’s been nice to have a bit of a break, but I can’t wait until the swimming pools re-open.

Virginia: I’ve always been very healthy until recently. I was living at home but then I had to have a big operation and after two weeks in the hospital I came to live in this nursing home, which is very good.

But of course I’d rather be in my own home. My husband died about 20 years ago and he was about 10 years older than I was. I will be 103 in April, but I don’t feel my age.

100 Years of our Royal Charter

The CSP received its Royal Charter in recognition of its high standing, respected education and professional standards.