As physio staff around the UK roll up their sleeves to run events linked to W@W 2017, Paul Stephenson looks at some inspiring examples from last year. 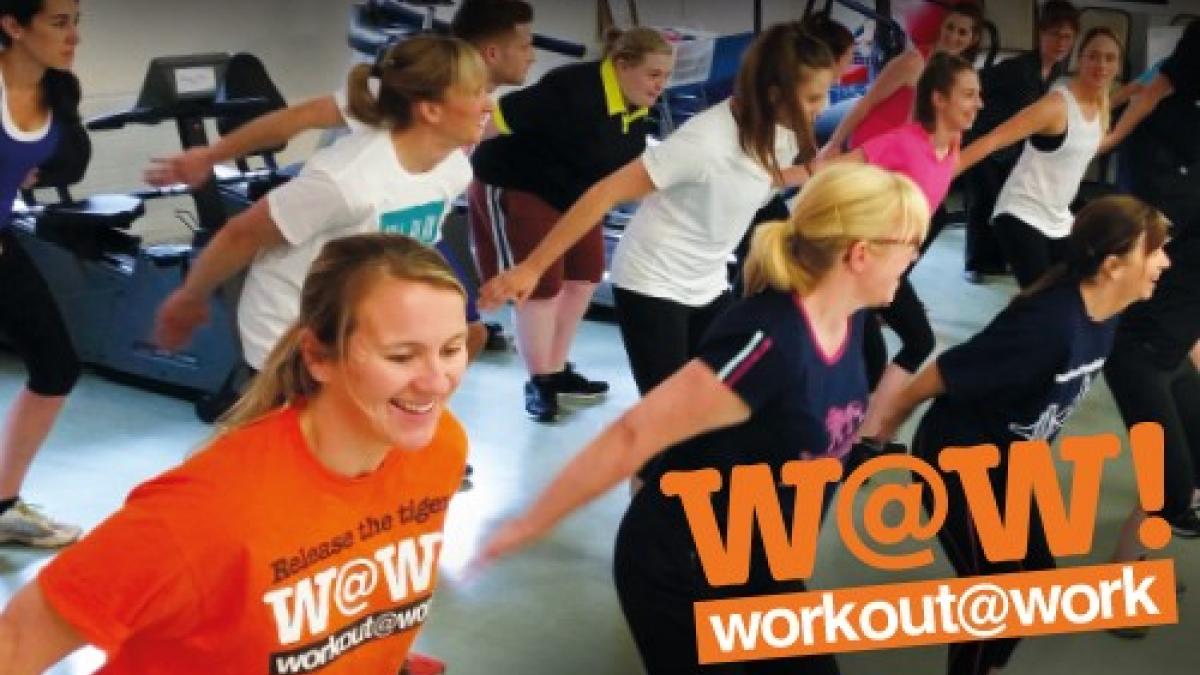 When hundreds of physiotherapists got involved in the CSP’s Workout at Work (W@W) campaign last year, they helped to improve physical and mental health in the workplace, raised the profile of the profession and even helped expand therapy services. While the aim in this year’s campaign is to build on these achievements, the emphasis is on trying to influence decision makers and commissioners in primary care and to promote the value of physiotherapy. Although some physiotherapy teams will run events in line with previous years, events that can have a wider influence are being encouraged.
As was the case in 2016, events linked to the campaign are no longer one-offs and can be held at any time from 1 May to 31 July. Some physio services will opt to mine the links they already have with primary care providers or other services, but the message is to look for new opportunities and spread your influence, where possible.
For example, last year members at Pennine Acute Hospitals NHS Trust used their connections with Bury council to link in with an existing campaign. Advanced therapy practitioner Deborah Bancroft says: ‘The “I will if you will” campaign is about getting girls and women in Bury more active. They supported a W@W video, which lasts 15 minutes, and we put it out on social media.’ The interest in the exercise video was so great, including a huge amount of activity on social media, that further videos and challenges were developed during the year. Ms Bancroft says the evidence suggests that taking part in the activities made council staff feel better, and that mental health and musculoskeletal problems had improved.
Crucially, she says: ‘It was very important that our clinical commissioning group (CCG) could see what we were doing’. She says the CCG is interested in what had been achieved, and hopes this will lead to further developments for physiotherapy services.
At the Basildon and Thurrock University Hospitals trust in south Essex, the positive results from last year’s W@W have already contributed to an expansion of physio services. Lorna Stoddart, the trust’s therapy lead for health and wellbeing therapies, was in a one-year-pilot post when she co-ordinated a range of activities over several days. She says the trust’s director of operations and the chief executive happened to be among staff receiving treatment from the physio team at the time, and this link had been used to promote W@W.

One popular W@W activity was a ‘find a physio’ challenge, using pixelated photos. Ms Stoddart says: ‘I had a photo of me at various outside parts of the hospital site, and people had to go to that place and have their photo taken. It was a bit like Pokemon Go.’ However, the most popular activity was ‘yoga at your desk’, which involved 12-minute stretching sessions. The sessions were given to teams such as paediatric secretaries and dermatology administrative staff, and continue to attract interest, particularly from staff who weren’t involved initially.
Ms Stoddart used information about the W@W events, together with the CSP myth busting campaign, in a presentation on her pilot post to the executive board. As a result of this, her job was made permanent, and the service has now been expanded to include a band 6 specialist physiotherapist, a band 3 senior assistant and a band 3 administrator.
At Abertawe Bro Morgannwg University Health Board in south Wales, the physiotherapy health promotion team also raised the profile of the service. They persuaded the health board’s chair to help promote a series of walks. Physiotherapy clinical manager Clare Ford says: ‘We decided to capitalise on it being an Olympic year. We calculated the distance between our nine sites, and the health board chair set the challenge that people would walk the 57 miles between them by carrying a baton round a mapped out route.’
She says the most important thing the physios had done was to talk to other staff about exercise. ‘Some health professionals feel intimidated by physiotherapists. We wanted physiotherapists to go along and chat to people, as all physiotherapists see it is part of their core business to talk to people about exercise.’ Ms Ford adds that walking groups had developed out of the W@W event, and that team morale had improved.

Backing from the top

At Sheffield Health and Social Care NHS Trust, physiotherapists also ensured they got senior managers involved in their events. Kate Scott, physiotherapy clinical lead for the physiotherapy community learning disability team, says by talking to the trust’s communications team they found out there was a meeting of executive directors planned for the day of their W@W event. With backing from the trust’s chief executive (CEO) they turned up at the meeting unannounced and demonstrated their work exercises session to the senior management team.
Ms Scott says the sessions had proved popular with other professionals such as social workers, with some staff still doing the exercises and others requesting sessions with physio staff. She says: ‘Most days we are asked by staff “can you just check on a bit of shoulder pain?”, or “am I sitting right?” It fitted in really well with problems that people are having at work. Staff teams contacted us, who were keen to look after their staff and get more understanding about what they can do for them.’
She adds: ‘Having the agreement of the CEO was really brilliant. Our team really enjoyed it, and it has raised our profile. The W@W promotion pack was full of really easy material to display.’ fl