Work issues: batting for you

Gary Henson looks at the support the CSP can give if you’re treated unfairly at work. Outcomes have included securing compensation or even large pay outs. 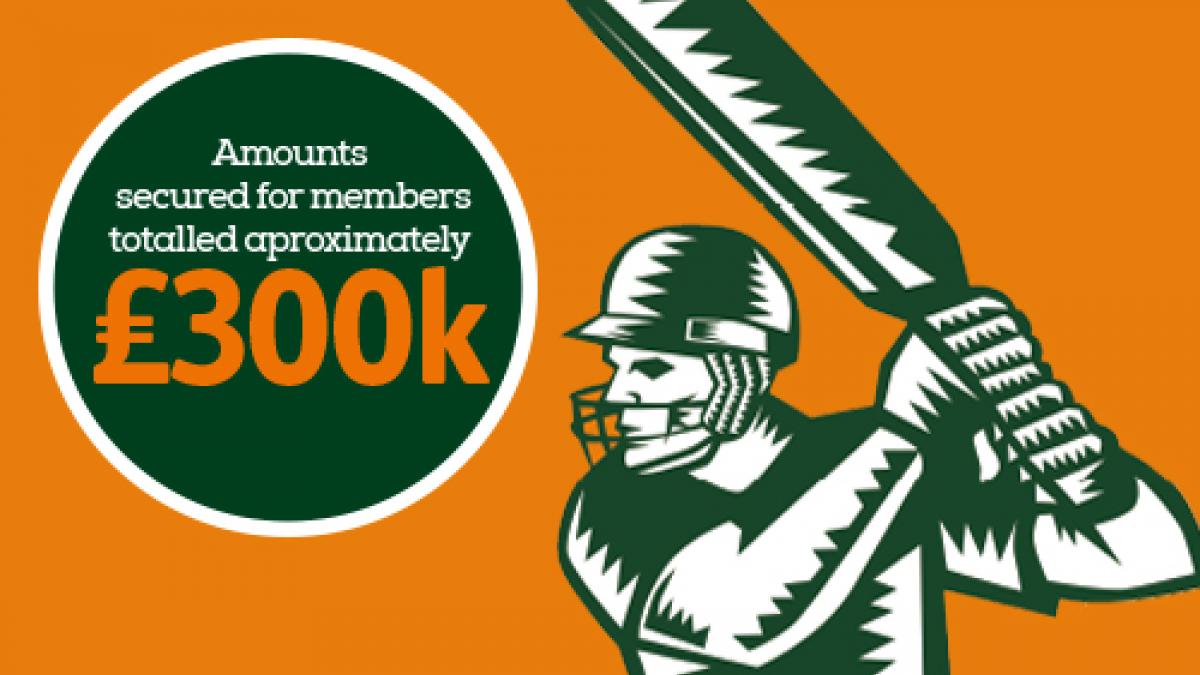 Over the past six months, the CSP has achieved a number of notable outcomes for members who required representation on a range of issues. These include discrimination, unfair dismissal, redundancy, bullying and harassment, personal injury and non-payment of wages.
In 12 of the cases, the outcome has resulted in financial settlements for members who were employed in both the NHS and private sector.
Outcomes have been reached through settlement agreements, and successful breach of contract, employment tribunal and personal injury claims.
Amounts secured for individual members totalled approximately £300,000 and ranged from £1,000 through to £114,000 for a redundancy following reorganisation.
Many cases are subject to confidentiality clauses or members do not want to be identified, so we are not able to publish names or other details.
One exception was Philip Hulse. When the CSP’s vice-chair of council was knocked from his bicycle by a driver in 2014, he suffered head and leg injuries requiring a four-month absence from work.
Mr Hulse turned straight away to CSP solicitors Thompsons to begin the process of making a personal injury claim.
‘Thompsons were there for me right from the start,’ he said. ‘They secured an interim payment for me. This helped to offset my loss of income from not being able to work additional hours on call – while off sick and during my phased return. The solicitor assigned to my case was really professional, caring and empathic.’
Two years later, Mr Hulse learned that his claim had been settled, avoiding the need for a court hearing and he received a five-figure sum in compensation.
Mr Hulse summarised his experience with the solicitors: ‘The CSP arranges and funds the entire process, making accessing the service really straightforward.’

When a physio working in the prison service was unfairly dismissed, with the help of the CSP she took her case to an employment tribunal.
At a preliminary tribunal hearing it was ruled that the physio had been directly employed and not self-employed. She was awarded £10,000 compensation.
In a letter to senior negotiating officer (SNO) Ian Taylor, the member wrote: ‘I have now received the final settlement via Thompsons solicitors. I was very happy with the end result, so I am very grateful.
‘I would like to thank you sincerely for your readiness to support me, morally and financially, in this case. I would certainly not have undertaken it without your support.’

Two referrals by SNO Donna Steele to Thompsons have resulted in the members working in the private sector receiving settlements.
Both cases were discrimination-related, one for race and the other for maternity.  The race referral was for an Indian member who was working as a physiotherapy assistant in a care home facility. She had been racially abused and harassed by work colleagues over several months and the employer failed to take any effective action to deal with the situation.
The other referral was for a physiotherapist in the late stage of her pregnancy. She had been working full-time at the same place for more than three years, but employed by a sub-contractor.
She received a phone call from the sub-contractor to tell her that the contractor could not accommodate her having maternity leave for a second time and would be ‘letting her go’.
‘The sub-contractor denied ever having said that, when she challenged him later about his behaviour,’ said Ms Steele.
‘Unfortunately for him, he rang her at work, which is an open-plan office and she had two colleagues to witness her distress at the time.’
Both cases resulted in settlements of £7,500 each.  fl

How you can get help

Employment law advice and representation: Most workplace problems are resolved well before any legal course of action is taken. For initial support and information, contact your local steward, or if you do not have one call 020 7306 6666 and you will be referred on to your senior negotiating officer.
For all the below members should call Thompsons’ freephone number 0800 587 7519 (available from 8am to 8pm, Monday to Friday).
Personal injury services: CSP provides a free personal injury scheme that covers any personal injury, which your relatives can also access for non-work related claims only. To make a claim following any accident, whether it occurred at or away from work.
Road traffic accidents: you and members of your family are entitled to free legal assistance in pursuing a compensation claim for any injury sustained on the roads, whether as a driver, passenger (including public transport), pedestrian or cyclist.
Free legal advice on non-employment matters: take advantage of a 30-minute free legal advice service on any issue of law other than employment law, including consumer disputes, road rage incidents, holiday injuries and disputes between neighbours.
The CSP reserves the right to decide in respect of each case whether to support the individual member and if so to what level. Legal services can only be accessed through the CSP employment relations and union services directorate.