Having a physio background helps give new HCPC chair Elaine Buckley a rounded view of the task ahead, she tells Gill Hitchcock. 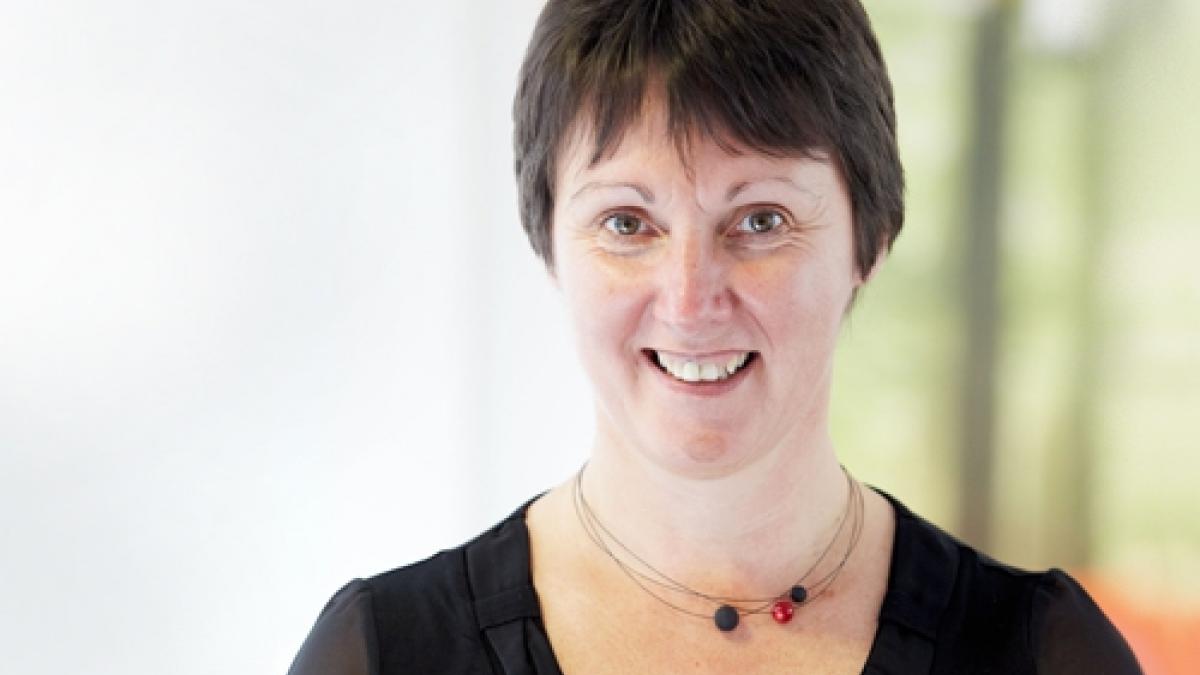 Elaine Buckley says her experience helps her to see different sides of the same situation. This may be particularly helpful in her role as chair of the body with a £27 million budget and a remit to protect the public by regulating 331,000 individuals belonging to 16 professions, the Health and Care Professions Council (HCPC).

Her appointment in July follows years in clinical physiotherapy roles across the NHS; managing a physiotherapy department; as a general manager in orthopaedics; and as a lecturer and assistant dean at Sheffield Hallam University.

‘My career has meant that I’ve worked … not just within physiotherapy, but across a number of allied health professional, medical and nursing groups,’ she says.

‘So I think I can see issues from a number of perspectives and that is often very helpful because I can empathise with different stakeholder groups. It can create quite a lot of dilemmas, personally, when you can see different sides of things, but it positions me quite well to undertake this role.’

Ms Buckley came into post at a time of stagnant pay for NHS physios and a 12.5 per cent hike in the fees levied by the HCPC on its registrants. Ms Buckley, however, says the culture she has observed in the organisation means that it does provide good value for money.

‘And that is evidenced in terms of the fees. We’re the lowest-cost regulator of all the nine regulators that are under the auspices of the Professional Standards Authority.’

A key concern for many CSP members is how the HCPC handles complaints about the fraudulent use of ‘physiotherapist’ as a professional title. Ms Buckley says that protection of titles is one of the organisation’s key areas of interest.

But she concedes that the correspondence sent to registrants about the outcome of their complaints may need to be more informative and says this is something the council will look into.

‘I think it’s important for us to acknowledge that the legislation clearly states that it’s around the individual, not only using a protected title, but using it with the attempt to deceive.’

Ms Buckley adds that ‘sometimes complainants might be disappointed if an individual has voluntarily withdrawn the title in their advertisement, or whatever, and it actually didn’t reach prosecution’.

A decision to prosecute is not something the council takes lightly, she says, and in many cases complaints can be resolved without going to court.

She is pleased that her predecessor, Anna van der Gaag, left a legacy of basing the HCPC’s work on evidence and is keen to develop this approach.

‘My practice is evidence-based and that’s what we promote for all our registrants. But we also want to practise what we preach. So we’re starting a journey to review the standards for education and training.

‘The first step is actually commissioning research around two areas: inter-professional education and to ensure that our registrants are graduating in a way that’s fit purpose.’

The council has commissioned two research projects in these areas, she says. The results will be published in November and reported to a professional liaison group, which includes the CSP’s assistant director of practice and development, Sally Gosling.

Innovations should not be held up

Ms Buckley, who is due to speak at next week’s Physiotherapy UK event, would like to see the HCPC working more closely with the CSP, saying that strong and robust relationships with professional bodies are critical to the effective operation of the council.

She cites the promotion of continuing professional development as an example: ‘It’s our role to set standards and expectations and set up a system that checks that those expectations are being met, whereas a professional body would support the individual in engaging in that process.’

Professional regulators have a fusty image, but they could be in for a shake-up, if the Professional Standards Authority has its way. Its thought-provoking paper, Rethinking regulation, published on 6 August, says that health and social care regulation in the UK is rapidly becoming unfit for purpose, as well as questioning whether we need such a large number of regulators.

‘I think the number of regulators is irrelevant … you have to look at individual cases to make a decision,’ says Ms Buckley.

‘If it was the case that a regulator was particularly inefficient and wasn’t delivering the outcomes it was meant to deliver, then I think the question should be asked.’ She acknowledges that the health and social care workforce is having to change to meet the needs of the population and that regulation should not hold back evolution or innovation.

‘I think the workforce needs to develop in a way that it can still provide public assurance and safeguards, but be flexible and responsive to changing professions and the changing roles within those professions.’ fl

CSP delegates at last month’s TUC congress voted in support of a motion calling for the Health and Care Professions Council(HCPC) to postpone any rise in its registration fees.