Physiotherapists on a pioneering early intervention team in Cardiff are helping to keep A&E admissions down. Louise Hunt reports. 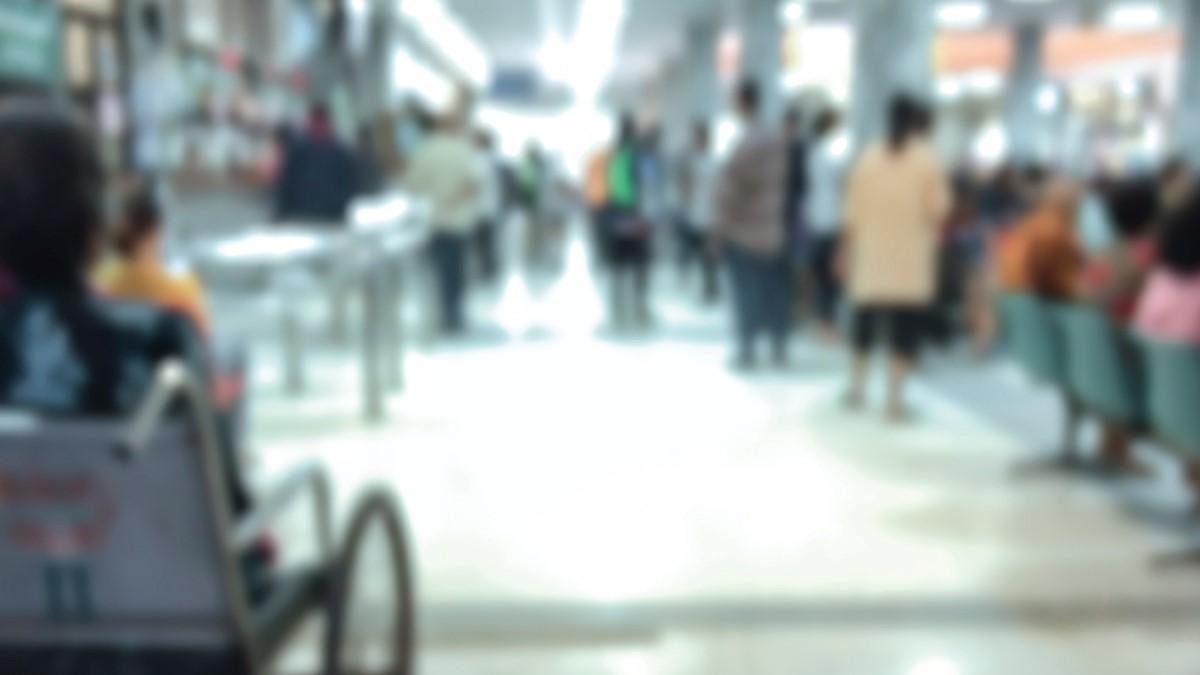 This winter has made bigger demands than usual on A&E services, due to the colder weather and rise in associated illnesses, such as flu. The role played by specialist physiotherapists to alleviate the pressure is growing ever more important.
According to NHS England data, A&E attendances were 3.7 per cent higher than in December 2016, and emergency admissions to hospital 4.5 per cent higher. The four-hour waiting target performance benchmark sank to new lows, with only 77 per cent of patients dealt with on time – well short of the 95 per cent target. This situation led to many routine operations being cancelled.
Although the UK government allocated £335 million in short-term emergency funding to deal with the crisis, the King’s Fund think-tank suggested the response was too little too late. The situation was due to ‘cumulative staffing and funding pressures in the NHS over the past decade’, it said.
Where NHS managers have invested in physio and other therapies in A&E, the results have been promising. For example, a south Wales health board recently set up an early intervention pilot project, following the success of an admission avoidance service. This therapy-led initiative in A&E is alleviating pressure across the hospital.

Targeted admissions avoidance began in 2006. At the Cardiff-based University Hospital of Wales – which has the third largest emergency unit in the UK – a team of 11 physios provides a seven-day service to 101 beds and trolleys. Its members work in three units: emergency, medical decisions and acute frailty. A 2006 audit revealed a fall of 1.5 inpatient days, on average, for patients seen by physiotherapists operating in the new service.
‘The value of physiotherapy’s contribution towards admission prevention is now better recognised and our service is working well,’ says Nancy Maisey. The principal physiotherapist in admission avoidance and medical rehabilitation at Cardiff and Vale University Health Board says: ‘There was a group of patients who needed to be admitted, who were lying on trolleys for hours and, in some cases several days, during winter pressures. We were unable to provide early or sufficient interventions until they were transferred to a ward bed,’ she says.
The first few hours of being immobilised on a trolley are critical to patients, says Ms Maisey. ‘It can be the difference between achieving independence for discharge or never recovering sufficiently to return home. ‘These patients are often frail, older people and the consequences of putting them on a trolley for long periods can result in significant deconditioning.’
For patients who have fallen and hurt a hip, for example, the injury alone may not be enough to prevent mobilisation. But deconditioning as a result of not being able move while waiting on a narrow trolley, several feet above the floor, can have a huge impact, she says. Possible complications include incontinence or constipation from being toileted on the trolley rather than being helped to walk to a toilet, reduced muscle power, thrombosis and a falling confidence in a patient’s ability to manage daily activities. ‘These patients can remain in hospital for many days and weeks, and unfortunately often have less than satisfactory outcomes, returning home weaker,’ Ms Maisey adds.

Securing funding for therapy-led initiatives in A&E has always been a challenge for pioneering physios such as Ms Maisey, as it has traditionally been an under-resourced specialty. Staff turnover rates can be high, coupled with a reliance on locums and junior rotations. However, she says that the tide is turning at her trust since improving patient flows in medicine has become the number one priority.
National campaigns such as #endpjparalysis have helped to raise awareness of the problem of deconditioning in hospitals, meaning that Ms Maisey’s push for an early intervention pilot swiftly received the green light. The three-month project began in January, supported by resources from the Integrated Care Fund.
There is one physio in the early intervention integrated therapy project team, supported by colleagues from occupational therapy, dietetics and speech and language therapy. Other physios provide backup as needed. ‘The aim is to prevent unnecessary long lies on a trolley and normalise usual activity, as it would be at home, through enabling washing, dressing, early mobilisation and toilet visits from the start of admission,’ explains Ms Maisey.
In the past, patients had to wait until they had been assessed as safe to mobilise for the first time by a therapist on the wards, which could mean waiting for days if they were admitted before the weekend. ‘In the first month we found that 51 per cent of patients had not mobilised off the trolley prior to our intervention, even for toileting, and many were wearing pads when they had been continent prior to admission,’ says Ms Maisey.

Early results indicate that patients are treated significantly earlier after admission and practise daily living activities up to several days sooner. In the longer term, Ms Maisey would like to see rehab technicians helping the early intervention team to mobilise patients. Early intervention also means clinicians can speak to patients and relatives at the time of admission. The person’s needs can then be included in their plan from the outset and shared with colleagues. ‘This has a very good impact because we can start to address issues – such as equipment and care needs, and social care referrals from the start – which we hope will impact on length of stay,’ she adds.
Ms Maisey knows collating results is vital to the project’s long-term future: ‘I am doing everything I can to get permanent funding.’ The team will assess outcomes against response times, patient frailty scores and how much intervention is given, as well as qualitative data. ‘There is more focus on patient stories – they are seen as powerful tools at the moment, which is as it should be, alongside the hard data on cost effectiveness.’
She hopes the evaluation at the end of the project will show high levels of patient, relative and staff satisfaction. ‘There would be an expectation that this will have a positive impact on overall length of stay on the wards, as well as on patients’ ability to mobilise and perform activities of daily living on wards.’ Ms Maisey believes robust evidence will help other A&E physios to develop similar programmes. ‘If we can keep turning the tide in medicine it will keep creating jobs and opportunities. Now is the right time – everyone is talking about deconditioning and patient flow. Physios, as part of integrated therapy teams, are adding value at a prime time.’
Philippa Ford, CSP public affairs and policy manager for Wales, says that projects such as Ms Maisey’s have enormous potential. ‘This type of development shows the impact physio can have for frail and vulnerable patients at the front door of acute hospitals. I think this is a clinical area where services will need to expand in all parts of the UK and physiotherapy will be there providing solutions, especially as the number of elderly people accessing hospital services grows.’ fl

Gwen Jones, 87, frailty score six, arrives at A&E on Friday morning. Unable to get out of bed at home, she had reduced responsiveness and felt unwell.
Before the project: After being assessed by a doctor in A&E, Mrs Jones is put on a trolley and fitted with pads. A bed is booked. She grows lethargic, anxious and uncomfortable, loses her appetite and remains on the trolley until the following day. She and her family are unclear about her treatment plan. Given a bed overnight, Mrs Jones gradually grows weaker and more anxious. She spends nine weeks in hospital before being discharged, in a weaker condition than before and more prone to falls.
Early intervention: Mrs Jones is assessed by a physiotherapist on admission and helped into a chair. A history is taken and a plan discussed with the patient and her family. She is assisted to the toilet and encouraged on the Saturday to move around the facility with a walking aid. A plan is made to enable Mrs Jones to live at home, with the agreement and help of the community team and her family, and to discharge her on Sunday with a walking aid and home equipment. She leaves hospital after two days able to live independently. (These ‘cases’ are based on real examples).