Pulmonary rehabilitation (PR) has been shown to increase their exercise capacity – but whether this makes them more active in everyday life is less clear. 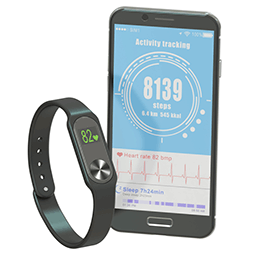 They recruited 152 people with COPD onto an eight-week PR programme of twice-weekly supervised exercise sessions. Participants were at least 35, with no medical reasons to avoid exercise, and were randomly divided into two groups.

Intervention group members were each given a pedometer, a step-count target that was reviewed every week of PR, and kept a diary during and for six months after the programme.

But researchers found no difference between the time each group spent in moderate-intensity activity, either at the end of PR or six months later.

‘Pedometer-directed step targets do not enhance the effects of PR on short- or medium-term physical activity levels, exercise capacity or health-related quality of life,’ the team report.

‘Pedometers may limit the positive benefits of PR on some aspects of quality of life in the short term, reflecting the added burden of wearing a pedometer on a daily basis,’ they add.

Pedometers may, they say, be most useful to people with COPD when used outside rehabilitation.