United we stand: The rise of co-production

A sea-change in relationships between healthcare professionals and patients means the term co-production is increasingly on people’s lips. Ian A McMillan reports. 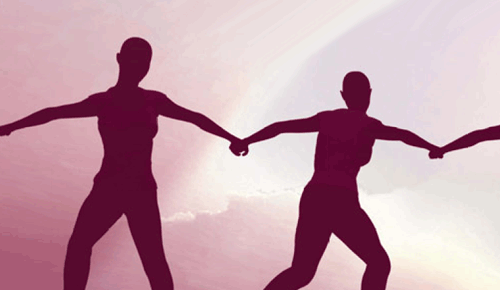 Co-production is fast becoming a ‘buzzword’ among physiotherapy staff and others working with people with long-term conditions across the UK. One firm advocate is Mark Drakeford, the social worker and academic turned minister for health for Wales who never misses an opportunity to plug the approach.

Speaking at a conference hosted by Aneurin Bevan University health board in February, Mr Drakeford told delegates: ‘Our focus needs to be on co-production and therapies are particularly well placed to deliver this with the focus on wellness services and independent living.

‘Co-production is about people living their lives and us supporting them to do so as partners. What we want to see is solutions designed by users and treatments chosen in a fully informed way.’

Another convert is Glasgow-based physiotherapist Heather Hall, allied health professions (AHP) consultant for long-term conditions and co-production at the Health and Social Care Alliance Scotland.  Setting out her stall at last year’s two-day AHP Scotland event in Edinburgh, Dr Hall said that instead of asking people with long-term conditions ‘what services do you need?’, it would be more helpful to pose open-ended questions, such as ‘how do you want to live your life?’.

The context in which healthcare is provided is changing, she told Frontline. ‘One of the supports for the co-production approach in Scotland has come from the shift in the balance of care from acute to community settings,’ she says. ‘This has exposed AHPs to new adventures and ways of practice.’

Dr Hall was seconded into her post by NHS Ayrshire and Arran in 2013. At the Alliance she works alongside Lisa Curtice, director of people powered health and wellbeing, and chief executive Ian Welsh. The fact that she also works for Jacqui Lunday Johnstone, chief health professions officer at the Scottish government, shows the importance that co-production has in the country.

Dr Hall is convinced that the clock cannot be turned back to a traditional ‘top-down’ approach in health and social care. ‘Suddenly, AHPs are working alongside social workers and regularly meeting a wider range of health and social care staff, including those in the third sector,’ she says. ‘This exposure has helped the integration agenda but has also helped relationship building across the professions and with carers and families.

‘Professional silos and walls have been broken down – we are communicating more effectively. We can see the third sector in the community, its strengths and values and witness its impact on people.

‘As AHPs, what we need to do now is get a much clearer understanding of our local community planning agendas and see where AHPs can directly contribute to these.

‘We now have a role in supporting our communities to stay well and healthy. Working in a preventive and anticipatory way capitalises on our key AHP skills,’ Dr Hall says. ‘AHPs can now see beyond the hospital gate and realise that it’s “what’s out there” that really helps people to stay well and get better.’

The Alliance’s AHP programme aims to promote co-production and integration in order to improve long-term condition management and patient outcomes in Scotland, says Dr Hall. ‘It supports AHP directors by raising awareness, knowledge and understanding of co-production, in part by promoting the strength and values of the third sector.

‘Our early work included a national scoping exercise of AHP and third sector partnership and co-production activities. Projects have focused on stroke care in Scotland as a whole, with specific initiatives in the falls field in NHS Highlands and in musculoskeletal care in NHS Ayrshire and Arran. These projects represent a “cultural shift” towards integration and coproduction in Scotland’s health and social care,’ she adds.

According to a guide from the Social Care Institute for Excellence (SCIE), co-production is a ‘slippery concept’. Published last year, ‘Co-production in social care: what it is and how to do it’ says the term co-production was coined in the 1970s. But the approach has gained fresh momentum in recent years, in part due to pressures to deliver cost-effective services. Referring to the Francis report on shortcomings in Mid Staffordshire NHS Trust, the guide says another key driver has been the need to create more ‘equal’ and ‘meaningful’ relationships with service users and their carers. Harnessing the capacity of the community and developing integrated forms support are the other main motivating factors, it suggests.

Isle of Bute-based physiotherapist Christine McArthur is coordinator in the prevention and management of falls with NHS Highland. She recently conducted research into how co-production can transform healthcare which helped her gain a PhD.

Dr McArthur has worked on several co-production initiatives, some set in remote Hebridean islands. In one project, which led to a reduction in the number of older people being taken to hospital by ambulance workers, she set health professionals a challenge. How  would they feel if they were picked up by an ambulance and taken to hospital after a fall – even if they were not injured, she asked.

In response, they said things such as ‘worried’ and ‘anxious’. ‘Only by putting yourself in someone else’s shoes do you think “that’s a disaster”,’ said Dr McArthur.

Sandra Shafii is an AHP consultant in dementia who is based in Airdrie. She is involved in making Motherwell the first ‘dementia friendly’ town centre in Scotland.

It is estimated that more than 4,300 people in the surrounding area of north Lanarkshire have dementia, and that two in three of them live in their own homes. About 82,000 people have dementia in Scotland as a whole.

In line with Scotland’s national dementia strategy, which was launched in 2010, Ms Shafii said the Motherwell initiative is part of a wider bid to enable people to retain their community connections and stay at home for a long as possible. The project is backed by Alzheimer Scotland and NHS Lanarkshire. Among those who can help make the project a success are shop assistants, business, police officers, transport workers and religious leaders.

Ms Shafii says that patients have been treated as ‘passive recipients’ of care for too long and need to ‘share responsibility’ for their health with others.

Co-production is at the heart of the 2012 AHP national delivery plan for Scotland, which suggests that therapists should ‘work in partnership with the third and private sectors ... to enhance community capacity building and support early interventions’.  But relinquishing control inevitably challenges professional beliefs and identities. In a recent presentation to AHPs, Ms Shafii said: ‘Co-production is like a kite ... it takes off and flies while you are holding the string. You never really quite know how high it will soar or in what direction.’  fl