On the threshold: overhauling apprenticeships

Apprenticeships combining academic and work-based learning could offer a new route into physiotherapy or a master’s degree. Gill Hitchcock reports. 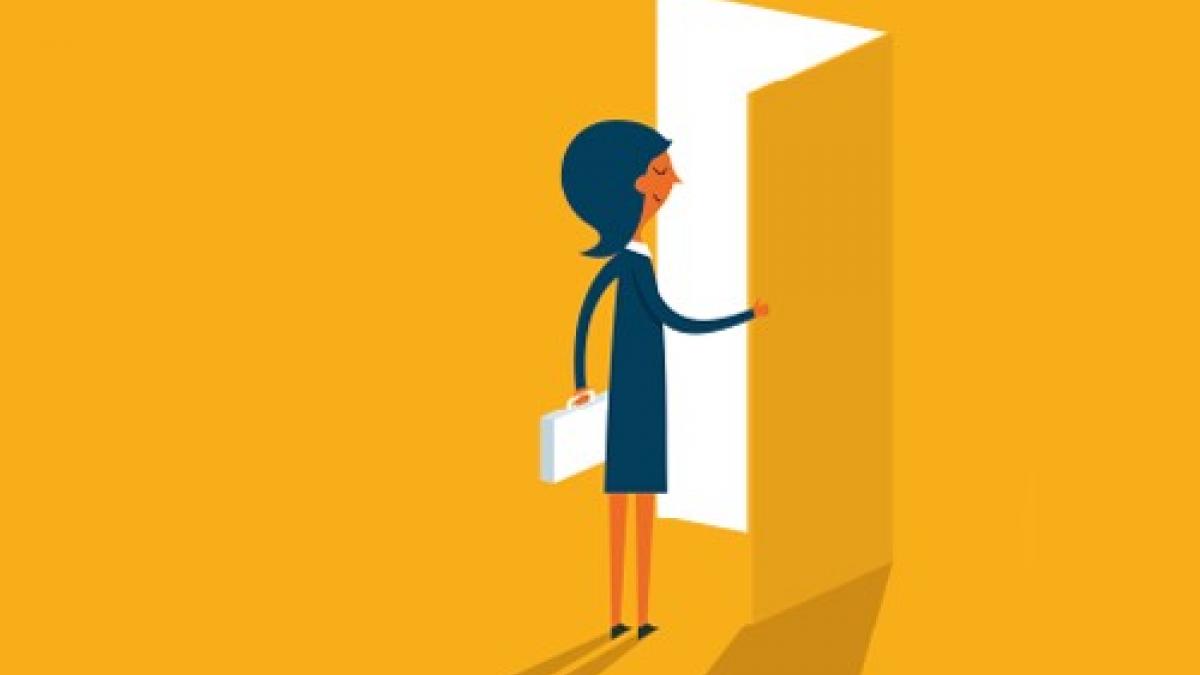 ‘We need to be at the table, but I’m not sure how far we need to have our feet underneath it,’ says Graham Copnell. The senior lecturer, who teaches physiotherapy students at the University of East London, is talking about the incipient development of apprenticeships for the profession.
Of course apprenticeships are nothing new. They have a long tradition in the UK workplace. But changes to how they are funded, through a levy on employers, starting last month, will change things. The government wants to create three million new apprenticeship places by 2020. In 2017-18, it wants 27,000 in England’s NHS alone.
Rather than a traditional degree route to a physiotherapy career, an apprenticeship will be a possibility. And those seeking a master’s route to becoming an advanced clinical practitioner in healthcare could do it through an apprenticeship.
How these two qualifications can be delivered successfully, however, is up in the air. They’ve been given the go-ahead in principle, but the devil is in the detail.
Perhaps that is why CSP assistant director of practice and development Sally Gosling says: ‘We need to engage actively with the apprenticeship agenda and make sure that it provides high-quality opportunities for individuals to enter the profession, progress within it, as well as good opportunities for physio support workers.’
East London has past experience in this area. In response to a shortage of physios it ran a ‘very successful’ three-year physiotherapy programme, taking 12 students a year, says Dr Copnell.
They studied for three days a week – two at the university and one at a trust – and worked two days in the NHS. They graduated with a BSc in three years.
But funding issues led to the closure of the course in 2012. Dr Copnell says paying interns to work in a trust, plus the salaries of NHS staff to deliver education, pushed the price beyond that of a conventional undergraduate physio degree.
Will the new infrastructure, based on a levy, offer a more sustainable model for work-based degrees in physio? Hopes are high, given that plans to set two standards for apprenticeships leading to a BSc in physiotherapy and an MSc in advanced clinical practice have been given the go-ahead. The CSP is already engaged in the standard-setting process.
Ms Gosling expects that creating these standards will take up to two years and the service managers and academics tasked with this will draw on a ‘wealth of material’, including standards from the Health and Care Professions Council and the CSP.
Setting standards for the BSc physiotherapy apprenticeship is a ‘trailblazer group’ led by United Lincolnshire Hospitals NHS Trust and supported by Sheffield Hallam University. Christine Smith, deputy head of the university’s department of allied health professions, says Sheffield Hallam ‘made a strategic decision to embark on this initiative wholesale’.
Physiotherapy and occupational therapy have always been open to new models of education and new ways of working, she believes, and an apprenticeship scheme lines up well with those concepts. And she says the CSP has been very wise in getting on board and helping to shape theagenda: ‘It’s a very positive thing to do.’

What of the potential benefits of apprenticeships for employers and to the workforce supply? The CSP believes 500 more new physios are needed a year and Ms Gosling believes that apprenticeships could increase the numbers of people entering the profession. The mix of work and study will make a degree more affordable, she says, and should be good for support workers, who have suffered from a lack of structure and opportunities to develop. And, she says, being located in ‘professional practice settings from the outset’ could provide a better learning experience.
‘A concern is that degree apprenticeships will lower the quality of individuals’ learning experience and how they’re prepared for professional practice,’ says Ms Gosling. ‘That shouldn’t be the case. A key role for the CSP is to ensure the parity of the physiotherapy apprenticeship with traditional degrees. It could become a distinct choice for those wanting to enter the profession.’
On potential benefits to the NHS, Dr Smith believes it could help to address the shortage of people entering the profession. Ms Gosling agrees apprenticeships will also enable employers to invest in developing the workforce they need to deliver services.
‘Current workforce planning in the NHS hasn’t ensured supply keeps pace with demand. It should benefit employers as well as students,’ she says. ‘It will give flexibilty to the number of students to be trained, rather than the current cap on numbers.
‘Wrapped up in physiotherapy apprenticeships is the really key question about how many employers will want to invest in this,’ she says. ‘But apprenticeships can’t be implemented in isolation. They need to be part of a more strategic approach to workforce development.’

Dr Copnell predicts that the physiotherapy BSc apprenticeship is likely to take four years and that it will be difficult for some trusts to plan that far ahead. He says it is a ‘real gamble’ and that his university is ‘watching this space’ while standards are developed.
But Dr Smith says employers have an apprenticeship levy to spend and that it is in the interest of the physiotherapy profession to ensure some of that money goes its way. ‘If we didn’t develop a standard then there would be limited opportunities to spend it in health, and potentially – no disrespect – it would have been directed solely towards nursing.’
Meanwhile, Jackie Hammerton, the professional lead for physiotherapy at the university, believes it is good to have a range of ways that enable people to become physiotherapists.
‘And a variety of entry points into the profession broadens the body of physiotherapists, creating as diverse a workforce as possible to match the diversity of the patients that we treat,’ she adds.

To find out more, see Apprenticeship developments here on the CSP website.

From 6 April, both public and private employers with a pay bill of more than £3 million a year will pay an apprenticeship levy. Employers can only use funds in their account to pay for apprenticeship training and assessment.
Public sector bodies will have targets to help reach three million apprenticeships by 2020.
In 2014, there was an overall shortfall of nearly six per cent, or 50,000, clinical staff across the NHS. (Source: Public Accounts Committee, Managing the supply of NHS clinical staff in England).