The bomb attack after an Ariana Grande concert in Manchester this May was a major incident for the NHS. Physio staff describe their part, as Gill Hitchcock reports. 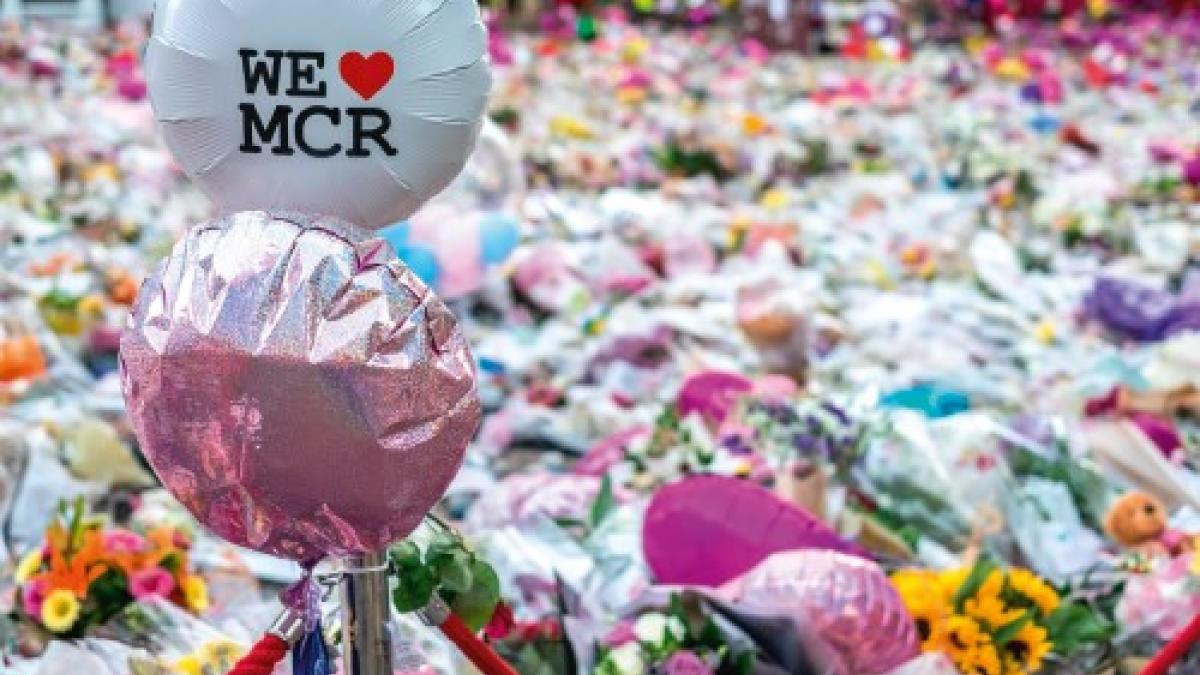 ‘As a trust, we have supported previous major incidents, but this was the first time we have dealt with something on such a scale,’ said Liz Birchall. The allied health professions directorate manager for Central Manchester University Hospitals NHS Trust was speaking after the devastating Manchester Arena attack at the end of a concert on 22 May.
The trust’s hospitals were among the first to receive victims of the atrocity. Mainstream media understandably focused on the role of surgeons and the emergency services, but allied health professionals also had a pivotal role in providing emergency support. Physiotherapists volunteered to work extra hours. They turned up on their day off. They cancelled annual leave. They worked evenings and weekend shifts in the weeks that followed. And they treated complex and multiple injuries they had never previously encountered.
As never before, physiotherapists at the trust’s Manchester Royal Infirmary and Royal Manchester Children’s Hospital worked collaboratively across professions, specialities and organisations. ‘Boundaries that sometimes exist between professions and organisations were broken down,’ said Manchester Royal Infirmary therapy service manager Katy Alcock.
A large number of rehabilitation prescriptions were completed by physiotherapists in the acute critical care and major trauma teams, who worked with medical and nursing staff. Heather Neary, senior specialist physiotherapist in major trauma at the infirmary, said: ‘A key activity for the physiotherapists was to gather as much information as possible to prepare for the interventions that would be needed.
‘Everyone just wanted to do whatever they could to support the victims. There was a real sense of working together and true patient-centred care to address all aspects of the victims’ needs.’
Capacity was an issue. Physios created space by facilitating the safe and prompt discharge of existing patients across the trust. Some outpatient appointments were cancelled to release staff to work on the wards. But staff and managers found the patients affected were very understanding. Ms Alcock said: ‘Obviously, they were aware of the situation and realised that their hospital was dealing with an extraordinary incident.’

At nearby Wythenshawe Hospital, a specialist centre for burns and plastics, physiotherapists were also reporting for duty in A&E or on the wards. ‘The response from the whole city was amazing,’ said physiotherapist Anna Housey. ‘The atmosphere among the staff was “we’ve come through this and survived, and we’re going to carry on”. We were all trying to keep a positive front.’
The challenge at the Wythenshawe was helping people return to their own homes. This was not very different from what would happen in other emergencies. In this case, however, 17 people were admitted within a short space of time and came from a wide geographical spread across the UK. Part of Ms Housey’s role was to telephone GPs and warn them to expect injured patients.
Military clinical staff from Birmingham with experience of treating shrapnel wounds were on hand to provide advice in the aftermath of the attack. ‘They were able to say if things we were seeing in patients were normal and not something to worry about,’ said Ms Housey.
This was a fast moving situation in which severely injured patients were undergoing repeated surgery and then ‘re-returning’ to the wards. The Wythenshaw’s physiotherapists were regularly advising nurses about how or whether they could move patients.
Of course, every major trauma centre has an emergency plan. In fact, the Wythenshawe had reviewed its plan a few weeks before the disaster when, as Ms Housey recalls, staff were advised that it was not if but when an attack would occur. The events in Manchester and then London Bridge confirmed this.
While these plans are essential, there are always lessons to be learned. As Amy Robinson, senior specialist physiotherapist in paediatric orthopaedics at Manchester infirmary, pointed out, it is difficult to plan for all eventualities: ‘We saw, however, that effective communication, flexibility, problem solving and collaborative working were key.’
A disaster means that a large amount of rehabilitation equipment, such as wheelchairs, are needed, so it was essential to ensure early on that a backup supply or alternative provision was available, she said.
A victim support fund was set up. But when Ms Housey tried to access the fund to buy a wheelchair for one of her severely-injured patients, she found that the patient had to make the application. In most cases, this would have been appropriate, she acknowledged. In this case, it was just another barrier to overcome.
As well as providing hands-on care to very complex patients, discharge planning and liaising with other services across a wide geographical area was an important part of the therapists’ work.

Physiotherapists are well equipped to deal with disasters, Ms Birchall said: ‘Through their training and experience in the NHS, physios are naturally receptive to patients’ needs and empathetic to the huge physical and psychological traumas patients and their families have suffered.
‘They were just so professional, showed such commitment and did their job to the best of their abilities. The management team were really proud of how therapists have worked so effectively with the wider multi-disciplinary team.’
The whole of Manchester was devastated by the event, including the NHS staff working in the city and living in the surrounding area. Central Manchester trust arranged psychological support for staff and this is continuing.
Many patients need psychological support too, specialist equipment and intensive rehab. Providing this in the long term is a challenge for the NHS.
Nikki McGill, clinical lead physiotherapist in critical care said that although the initial emergency response was over, therapy staff were still very much involved in the care of these patients. ‘For most of them, it was just the beginning of a very long journey,’ she said. fl