Physio staff can be the first to spot signs of domestic abuse in patients and colleagues alike, but are they sure how to respond, asks Janet Wright. 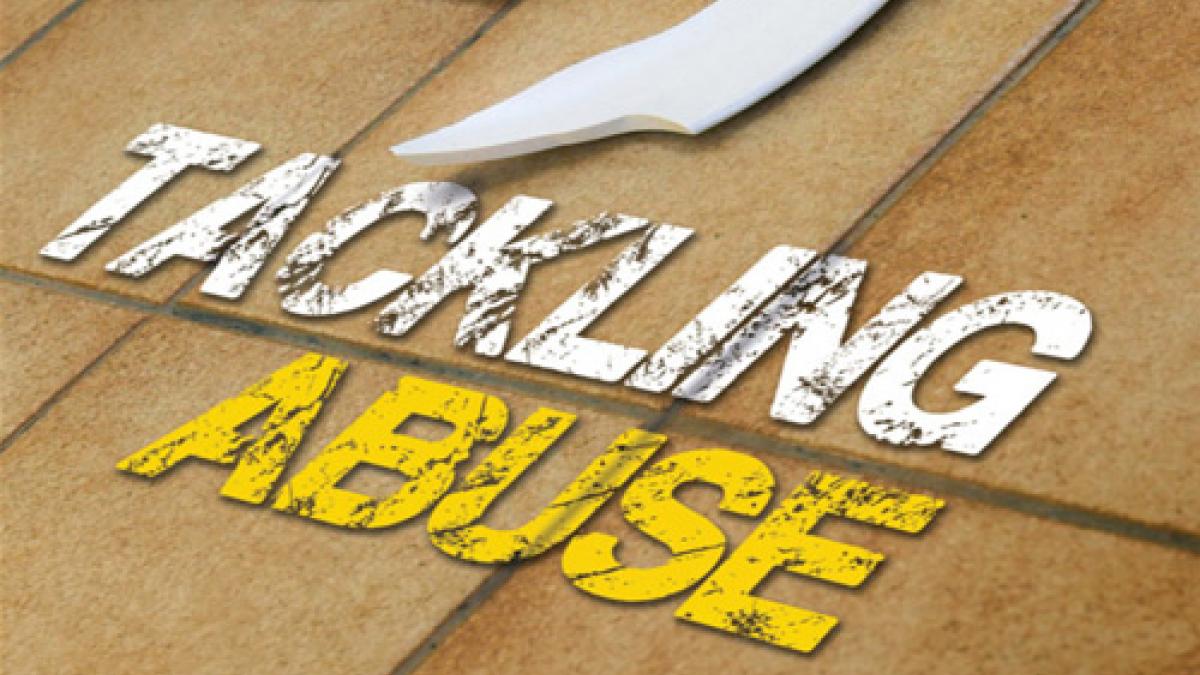 Further information and resources on domestic violence can be found within the union support section this website.

What do you do when a patient with long-term pain is evasive about how it started but has an array of bruises at different stages of healing?

What if a female patient avoids making eye contact, while her male partner or relative insists on staying and answers the questions you put to her?

Healthcare professionals have long been concerned about domestic violence or abuse – a definition that recognises psychological as well as physical aggression.

‘As a physio you see people on a one-to-one basis,’ says CSP member Lyn Ankcorn.

She and her husband John have been actively involved with the domestic-violence refuge Birmingham Crisis Centre since it was planned in the 1970s.

‘You are the named person they come back to. And you often pick up that something is not quite right. This is where I feel physiotherapists have a special role to play.’

The role of physios and other frontline workers has been strengthened this year by guidance from the National Institute for Health and Care Excellence (NICE).

This is titled Domestic Violence and Abuse: how health services, social care and the organisations they work with can respond effectively.

Building on earlier recommendations, it makes employers responsible for training all staff to deal with the issue.

The NICE document calls for action by health and social care employers, educators and professional bodies as well as workers.

‘It’s really clear guidance on what to do if you suspect a patient is being abused,’ says Kate Moran, the CSP’s head of employment research.

Staff and students should be trained to help people disclose domestic violence or abuse in a way that ensures the patient’s safety, and provide immediate support, says NICE.

They should be up to date with local services so they can refer the patient to the appropriate agency.

Training should cover ‘the concept of shame that is associated with “honour”-based violence’, the NICE document states. It should provide a basic understanding of the dynamics of domestic abuse and its links to mental health and to alcohol and drug misuse.

Meanwhile, a new document from NHS Barking and Dagenham, Domestic Violence London: a resource for health professionals, provides detailed advice on recognising signs of abuse and speaking to the patient (see resources list).

‘Professionals should avoid victim-blaming behaviour that would reinforce a victim’s isolation and lack of confidence,’ says Anna Freeman, manager of Birmingham Crisis Centre.

‘It is really important that staff document injuries and details of the abuse and have the ability to refer patients to other resources in the community.’

Those points are emphasised in the NICE document and by physios working in the field.

‘It has to become normal to ask patients if everything is ok at home or if anything’s worrying them,’ says Kim Gainsborough, a woman’s health physio at Addenbrooke’s Hospital in Cambridge.

‘It’s a big thing if someone trusts you enough to open up to you. You need to be able to respond appropriately or you could lose them.’ fl

What is domestic violence or abuse?

Last year, the government broadened its definition of what it now calls ‘domestic violence and abuse’ to ‘any incident or pattern of incidents of controlling, coercive or threatening behaviour, violence  or abuse between those aged 16  or over who are or have been intimate partners or family member’.

Who is at risk?

Most adult domestic violence, by far, is committed by men against women. Men may be abused by male or female partners, but are less likely to put up with it for long.

Women under 30 are at much higher risk than those over 40, according to the British Crime Survey.

But the risk increases again in older age.

A quarter of a million people over 66 living at home reported mistreatment from a family member or carer in one year, according to researchers.

Three in 10 abused women had their first experience of domestic violence when they were pregnant, and violence often increases during pregnancy.

Women’s risk of domestic violence is doubled if they are unemployed or disabled or have children at home.

‘It is very difficult for women to leave the fear of violence and abuse behind when at work, and it is likely that the problems will eventually surface in the workplace,’ says the CSP in its Equality and Diversity Toolkit csp.org.uk/node/268816

The TUC recognises domestic violence as a workplace issue, and research shows that it affects health workers at about the same rate as the general population.

The signs aren’t always obvious: a worker’s performance and attendance may drop, but on the other hand they may stay late to avoid going home. ‘The workplace may be their only channel of escape,’ says Kim Gainsborough, CSP regional steward for the east of England.

She told the 2014 TUC women’s conference that many NHS staff have a ‘gap in knowledge’ about domestic violence.

‘I’d advise members who are experiencing domestic violence to speak to their steward. They should find more support in the workplace than they may expect,’ says Kate Moran.

‘Appointments with support agencies or solicitor should be allowed in work time – negotiating that was important for me.’

Staff members facing physical danger can have a risk assessment carried out and be offered options such as a safe parking place or even an assumed name, she adds.

‘Our role as manager or rep or colleague is the same as with patients: to believe someone and signpost them to agencies that can support them.’

‘It is difficult to estimate the prevalence of so-called ‘honour’-based violence and forced marriage, but we do know that the incidences of both are under-reported,’ the 2014 NICE guidance states.

‘They are probably more common in some groups, for example, some Pakistani, Kurdish, and Gypsy and Traveller communities, reflecting a more oppressive patriarchal ideology.’

One physiotherapist, who asked to remain anonymous, says: ‘I know I’ve let Asian women down when they come with a male minder.’ The men say they have to interpret as the women speak no English.

‘It’s very difficult to take a case history, and the woman’s eyes often tell a different story,’ says the physiotherapist. ‘The men often become aggressive if I ask them to leave the room, or if I ask the woman to remove her hijab so I can examine her neck.

This is where physiotherapists need more training.’

The authors of Domestic Violence London: a resource for health professionals warn that ‘where a victim discloses that the abuse they are experiencing is linked to notions of ‘honour’, the victim perception of the risk of murder should be taken very seriously’.

They add: ‘Escalation often occurs very quickly. Evidence shows that these types of murders are often planned by families and are sometimes made to look like a suicide, or an accident.’