Rob Goodwin - AHP of the Year

Robert Millett meets AHP of the Year award-winner Rob Goodwin to learn about his research into first contact physiotherapy and how it might inform successful implementation of FCP services across the country.

2019 has been a very eventful year for Rob Goodwin.

In July, he triumphed at the Chief AHP Officer Awards, winning both the Research Impact award and the Allied Health Professional of the Year award.

A few months earlier, he completed his PhD at the University of Nottingham, managing to finish within the normal timeframe, in spite of an interruption to his studies in 2016 when he suffered a severe stroke.

Throughout all that, he’s maintained his day-to-day role as a clinical lead at Nottingham CityCare CIC, where he leads a team of physios and OTs who provide care for patients with musculoskeletal problems.

It’s certainly an impressive list of accomplishments for one year. But, when we meet, on a rainy day in Nottingham, it’s clear that Rob hasn’t let the AHP of the Year title – or any of his other successes – go to his head.

Sure, he’s happy to talk about his award wins (which he says were a huge honour) and his clinical and academic career, but he’s also keen to praise his ‘fantastic team’, highlight the support of his employer and skate swiftly over his own achievements.

He’d much rather focus on his research findings, as that’s ‘what’s really important’. Sharing valuable insights, gathered from his data, which will help physiotherapists, GPs and commissioners – and anyone else involved in the implementation of FCP – to be aware of the issues and potential pitfalls, which could undermine the success of FCP services.

‘It’s great that FCP is now part of the GP contract and the NHS Long Term Plan,’ he says.

‘But my research has uncovered lots of hidden issues, which could affect whether FCP is implemented to its full capacity and truly has the impact it should have.’

Rob conducted numerous interviews with both patients and healthcare staff, and their feedback helped him to identify a series of challenges, which he says the nationwide rollout of FCP will need to overcome, if the NHS plan is to stand any chance of succeeding and fulfilling its aims. 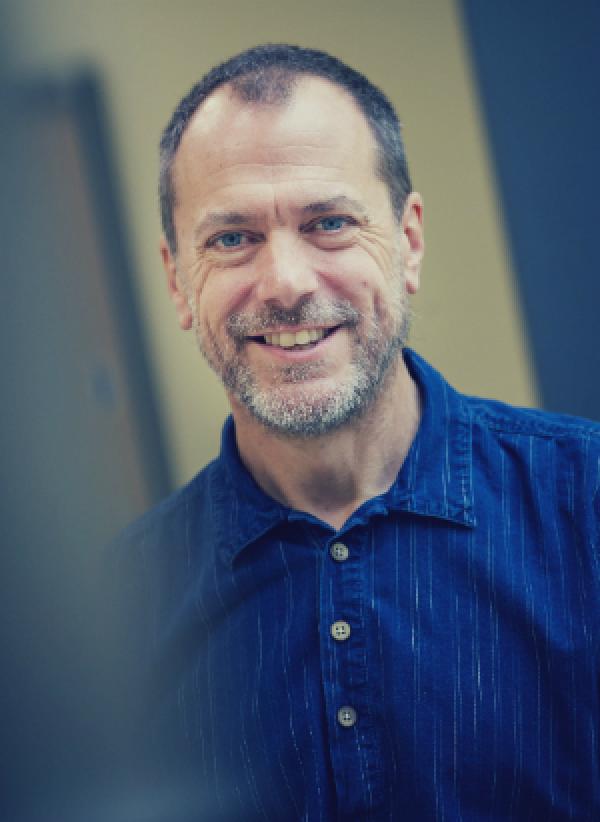 Among the challenges to be tackled are low levels of public understanding about what physiotherapists do, a lack of awareness among patients about FCP and a danger that understaffed services could lead to a wide discrepancy between demand and capacity.

‘What I don’t want to see is a scenario where we have lots of physiotherapists in these roles, but patients simply aren’t aware of them, or we ask GPs – in 10 years’ time: “Have you noticed a decrease in the number of patients you see with bad backs or bad knees?” and they all say no.

‘We need to take steps now, to make sure that isn’t the case, but we’ve got to be clear about the gaps that currently exist.’

Rob believes there needs to be a cultural shift, which the CSP and its members can help bring about by raising awareness about both the expertise of physiotherapists and the benefits of FCP.

Ingrained perceptions about the medical hierarchy need to be overturned, he says, so that it becomes the norm for people to see a physiotherapist first for musculoskeletal problems.

A high profile national advertising campaign could help to achieve that but there are also everyday things that physiotherapy staff can do to help.

Such as simply educating people about the wide scope of skills and fields, which physiotherapy embraces.

Rob also suggests that the profession should be striving to communicate the FCP message more consistently to the public.

We need to be careful about muddying the waters with all the different terminology we are using.

And educating and enlisting the help of administrative staff could also prove vitally important, Rob says.

‘At the moment if you ask somebody on the street “Do you know what first contact physiotherapy is?” they have no idea. 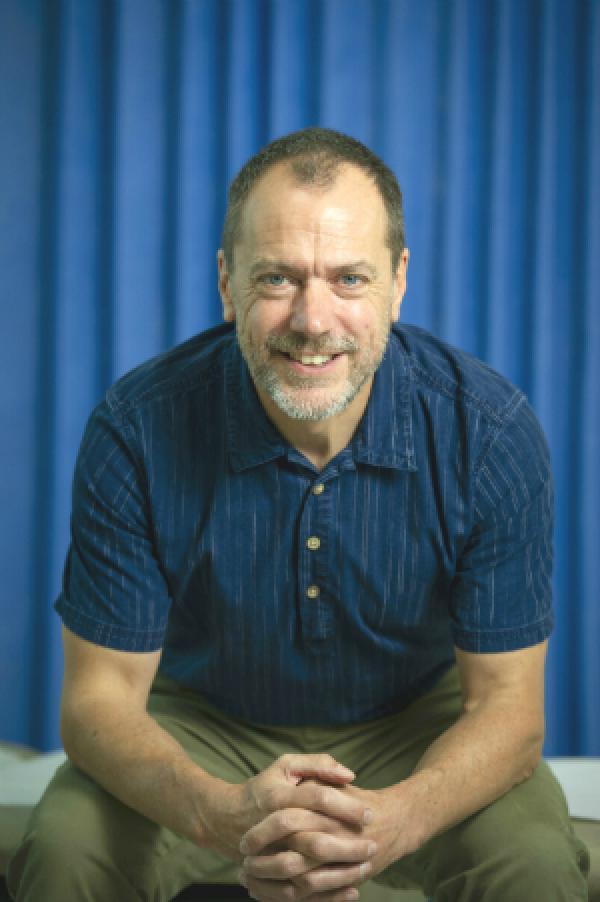 'That was borne out by my research: when I spoke to patients they all told me they weren’t aware of FCP services.’

These negative responses were surprising because all of the patients Rob interviewed had already seen a first contact physiotherapist.

‘So I asked “If you weren’t aware of it, how did you get to see the physio?”.

'And that highlighted the absolutely fundamental role of the reception staff in the GP practices, as it turned out they had signposted all of them to see a physiotherapist.’

Rob was initially attracted to the physiotherapy profession due to his sporting interests.

‘I did athletics as a youngster and I had a few injuries and saw a few physiotherapists, so that’s how I became aware of it as a job.’

But even at the start of his career he had an interest in evidence.

‘As a newly qualified physiotherapist I always got involved in doing service audits and service evaluations.’

As a result, he went on to do postgraduate modules in research and a masters in human relations, which included a research project in his final year.

In the years that followed, he worked clinically, in both private practice and the NHS, before settling into his current role.

‘Then, in about 2013, we started hearing about the GP crisis in primary care and patients were telling us “If I want to see my GP I’m having to wait two or three weeks”,’ he says. 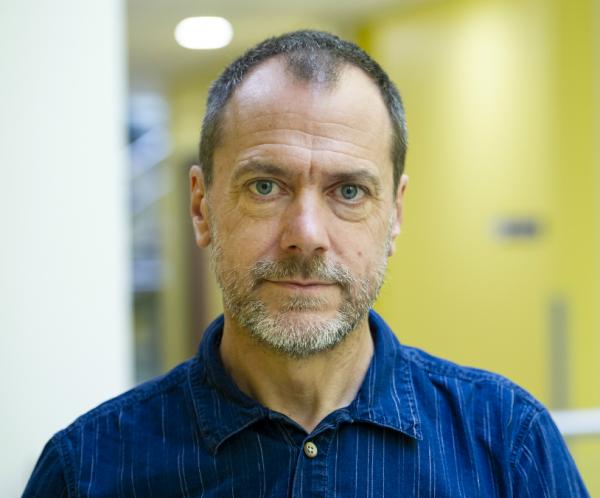 The solution seemed obvious to me.

'I thought why don’t we, as physiotherapists, see a proportion of those patients, as that should have an impact on lessening the burden for GPs.

‘So, I went to our commissioners and said: “Let’s do a one year evaluation of two GP practices to test the model”.

'They agreed, and we showed that it worked – and that was the first publication of genuine FCP that came out.’

The evaluation’s success led to a pilot being rolled out across Nottingham, making FCP services available in 22 GP practices.

After the citywide trial finished, Rob was keen to explore the topic in more depth so he embarked on a PhD at the University of Nottingham’s School of Medicine. But his studies were almost cut short by an out-of-the-blue health crisis.

A shock to the system

‘It will be three years in December since I had a stroke,’ Rob says. ‘I was 49 and a fit active person, with no risk factors and no history of stroke in my family.

‘Straight after it happened I couldn’t move my left hand side at all, and I was unable to communicate. But I was incredibly fortunate, as it happened first thing in the morning and my partner recognised it straight away. The ambulance crew arrived within 10 minutes, and I was in hospital within half an hour.’

A brain scan revealed a large clot in his brain and Rob underwent urgent thrombolysis treatment.

But incredibly, despite the severity of his stroke – and, in a large part, he believes, due to the fast treatment he received – he was discharged within 24 hours and made a full recovery.

Rob describes his survival and complete recovery as ‘absolutely remarkable’ and says he feels incredibly lucky to be alive.

‘I had one follow up appointment from the community physiotherapy service, then they discharged me and I was discharged from the stroke service.’

Nevertheless, the experience did have a lasting impact on him. 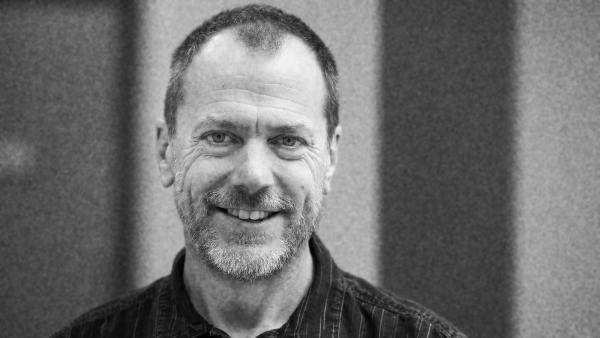 ‘I had to take five months off work because the thing it affected more than anything was my confidence.

'It was a huge shock to the system and I feel very lucky. And, although “Live for the day” is a bit of a cliché, I probably do that more now than I did before.’

That is Rob Goodwin’s advice to his fellow physiotherapy staff.

‘What I would strongly encourage, is that anyone who is involved in the introduction ofan FCP service takes a proactive approach and does their best to influence its implementation,’ he says.

‘Get in touch with your CCG or your commissioner and express your concerns.

'Make them realise that if FCP is implementedin an inefficient way - for instance by only putting a physiotherapist within a GP practice for one or two half days a week - then it won’t make much impact, in terms of lessening the burden on GPs.’