Ian A McMillan is almost blown away on a trip to Orkney to meet Fiona MacKellar, a CSP regional rep and health board employee director. 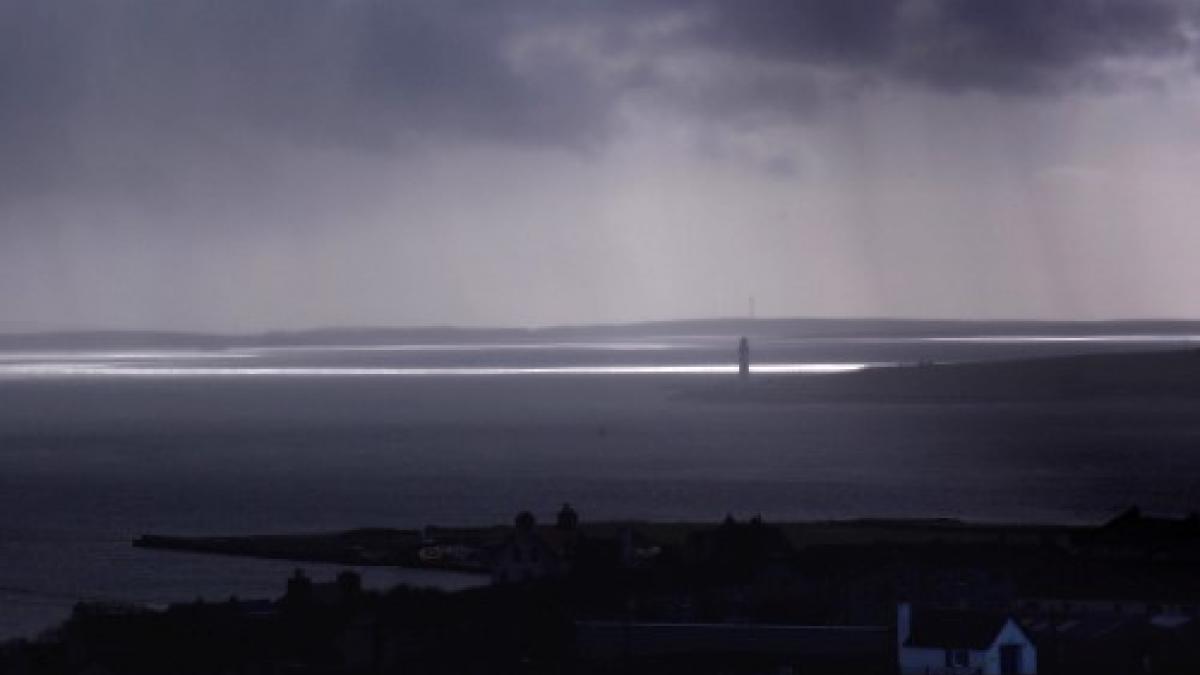 You know you’re pretty far north when it’s March and the local supermarket’s most prominent wares are antifreeze and low temperature windscreen wash. To be fair, given that Orkney lies off the Scottish mainland’s north-east corner, the climate is less harsh than might be expected. For that, Orcadians can thank the Gulf Stream’s warming, if windy, influence.
However, as I soon discovered, even a spring day on Orkney can mean unremitting gloom and rain that could be termed monsoon-like if it didn’t make you shiver. A buffeting headwind can quickly turn a solitary clifftop stroll into a stamina test and make you acutely aware of your vulnerability. But the contrasts are amazing: dramatic clouds bearing fierce bursts of hailstones trade places with the deepest of blue skies and the brightest sunshine. For periods, it even starts to feel slightly warm – as long as there’s shelter from that incessant wind. But by the last morning of my stay the storm had blown itself out and the sea was as calm as a millpond, deep azure.
Nature is never far away on Orkney and the people have to be self-sufficient and hardy. As Fiona MacKellar, senior physiotherapist and regional CSP steward, regularly tells her children: ‘There’s no such thing as poor weather, only poor clothing.’ Mrs MacKellar, who works a ‘nearly full time’ 32 hours a week, is based at Balfour Hospital in Kirkwall, Orkney’s capital. The town is on the north coast of Mainland, the largest of the 70 islands that make up the archipelago (19 or 20 islands are inhabited, depending on who you ask). As Mrs MacKellar says pithily: ‘Whatever lands here, we have to treat.’

Mrs MacKellar’s husband Peter, the hospital’s full-time physiotherapy clinical lead, was banded as an 8a but downbanded along with a number of other allied health professionals (albeit with a period of pay protection) to a band 7. ‘Compared with his counterparts on the mainland with that kind of banding, Peter is still very hands-on. But that’s because there aren’t enough of us. Counting the band 3 and 4 support staff, who work across various clinics and the community, we have about 7.5 whole time equivalents working in the department.
‘A lot of posts have bits added on, some through pump-prime funding from the government, such as falls or rheumatology. That’s because in remote and rural practice you end up spinning a lot of plates. There isn’t that critical mass of staff and services still need to be provided. With a limited team with many roles to fill it can be very challenging to manage services and orchestrate annual leave. For example, Lesley Platford, a full-time band 7 musculoskeletal physio, also runs training sessions on handling violence and aggression and supports the rheumatology clinic.’
Since April 2016, Mrs MacKellar’s clinical hours have fallen to 17, the other 15 being devoted to her role as NHS Orkney’s sole employee director. In most other boards, these posts are full time but the hours allocated are curtailed in Orkney (and other island boards) due to the smaller staff numbers involved, she explains.
Time-consuming trips to the mainland for meetings are scarcely compensated for time wise. ‘Up here, you do get used to going that extra mile. It does mean time away from my family, but my daughters are happy as long as I bring back some Percy Pigs from the airport.
‘I couldn’t do it without Peter. It’s just as well he can cook or the kids would starve.’

A first for the CSP at board level

Mrs MacKellar’s predecessor was a Royal College of Nursing member and she is the first from the CSP: ‘The employee director’s role is to represent the staff side at board level. You are part of the non-executives, managed by the chair of the board. You are there to provide scrutiny and make sure staff are involved. You have to take an operational viewpoint and get involved in strategy. It was a big decision to go for it, but I’m glad I did as I feel I’m developing a different skill set,’ she explains.
‘I love being a CSP regional steward and having that national perspective really helps. Employee reps, who are elected by their colleagues, meet every two months or so nationally and I usually attend via video conferencing – that’s something we are very good at up here.’
Telemedicine or e-health has proved to be a boon, though wifi broadband speeds can be problematic on Orkney. ‘Wifi and broadband connectivity is a massive issue and our MSP is constantly lobbying the Scottish parliament about it on our behalf. Mobile phone signals can also be poor, which can raise staff safety issues when they are working alone.’

The orthopaedic review clinics illustrate the plus side of technological advances in a community like Orkney. A physiotherapist  links up with staff at Clydeside’s Golden Jubilee National Hospital in a video conference. They discuss a patient’s progress after a hip or knee operation, for example. This means the patient is saved the time and inconvenience of a three-day round trip for a 30-minute appointment. ‘It’s far better for the patient and, of course, the NHS saves money too,’ says Mrs MacKellar.
She studied physiotherapy in Glasgow, graduating in 1989. Initially, she worked in a community hospital in Ayrshire. ‘A great place to start my career,’ she recalls. Then she and Peter (who qualified at Glasgow Royal Hospital) spent seven years as physios in Canada, with Mrs MacKellar working in intensive care while her husband was in a private hospital. The couple returned home to Scotland in 1998 for family reasons. ‘We both had ageing parents,’ Mrs MacKellar says.
The couple have had no regrets about their move to Orkney and their three children are fiercely loyal Orcadians. Mrs MacKellar’s mother, who is ‘91 and still going strong’, has followed their lead and lives nearby. Though as islanders they are entitled to discounts on air fares, the cost of a short flight to Edinburgh, Glasgow or Aberdeen can still be ‘prohibitively expensive’, she says. Each summer, the MacKellars take the car on the six or seven-hour ferry crossing to Aberdeen, followed by a long drive down the A9 to visit family.  A much speedier catamaran crossing is now available, but costs more. ‘We tend not to use the ferry in winter.  It’s no fun when it’s blowing a hooley,’ says Mrs MacKellar.
Work is afoot to build a new £66 million hospital near the site of Balfour, where Mrs MacKellar is based. Due to be completed in May 2019, the unit will ‘transform’ NHS Orkney’s healthcare services. ‘Travelling outside Orkney for routine care will become a thing of the past for many,’ said Cathie Cowan, NHS Orkney’s chief executive.
Everyone I met on Orkney was enthusiastic about living there. ‘It’s a very lovely, safe community here. Everybody knows what you have done before you have done it. I’ve had patients call me at home and you meet them when you are shopping. You can’t avoid it, but I think you get very good at dealing with it. All the staff are visible in the community and they are fantastic,’ says Mrs MacKellar. fl

The MacKellars live on one of the smaller islands, South Ronaldsay, which is linked to Mainland by a causeway known as a Churchill barrier. These were mainly built by prisoners of war in the early 1940s, primarily as sea defences to protect the anchorage at Scapa Flow. ‘Driving to work can be a bit scary in the winter, partly as the causeways are unlit. I don’t have a special car but you learn how to time your crossing according to the waves.’
Though traffic jams are virtually unknown, Mrs MacKellar has been late home a few times over the years when the weather turned so foul that the causeways were closed to cars. The population of South Ronaldsay, with a smaller island, Burray, is 1,700 in total. ‘We’ve got two general practices on our island. Some islands only have 60 residents, so keeping medical skills up to date is a huge challenge.’