It’s not just athletes who have aches and pains. Musicians struggle with injuries too – and physiotherapists can help, as Lynn Eaton discovered. 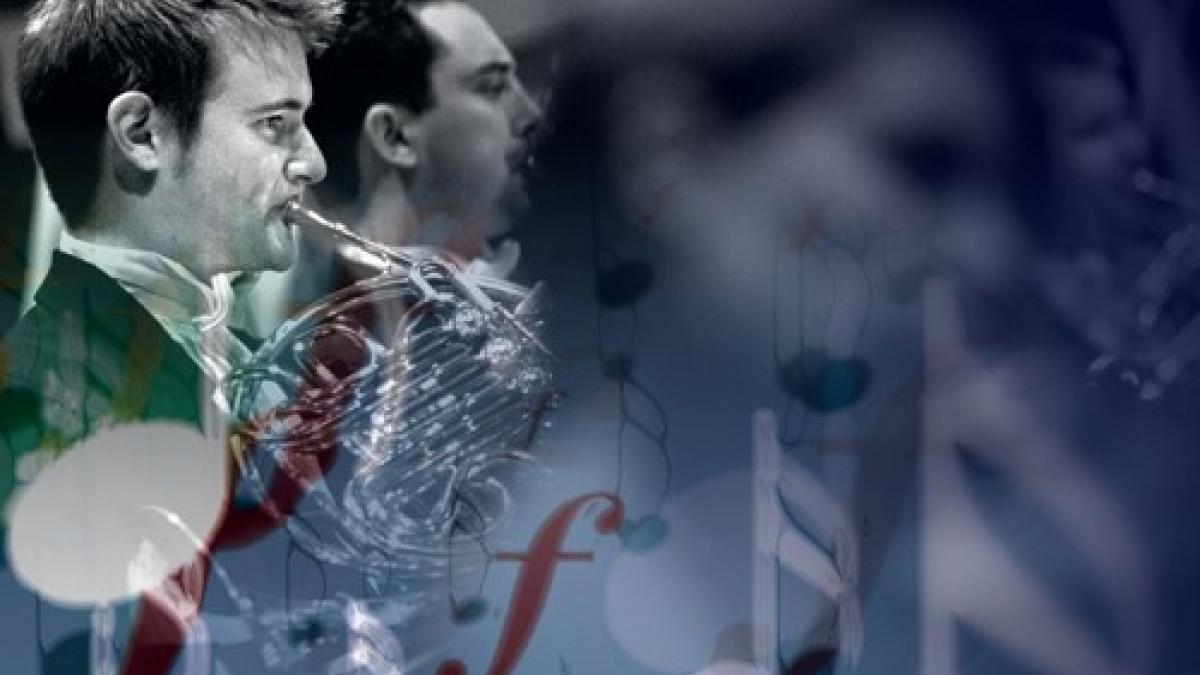 Whether you're a fan or not, the Last Night of the Proms (which happens on 9 September this year) marks the close of an amazing season of musical events, mainly orchestral concerts, performed every night, and some afternoons, over an eight-week period each summer.
Yet for all the music-making, there's a conspiracy of silence about the impact that amount of playing can have on the orchestral players' health. Neck, shoulder and back injuries are not uncommon. Unlike a ballet company, where physios are often on the staff, it's unheard of for an orchetra to employ its own physio, though some retain their own doctor.
The City of Birmingham Symphony Orchestra (CBSO) is probably one of the better ones when it comes to health care. It employs 250 staff, including administrators, as well as its musicians. Staff contribute from their salaries to a benevolent fund and draw on it when help from a physio is needed, explains Rachel Lockwood, assistant orchestra manager. 'The orchestra has a duty of care to its staff. But it's not unusual for us to have a string player with an ongoing shoulder or back injury.'
She recalls a case some time ago where a physio told a professional musician just to 'play less'.
'That’s a really unhelpful thing to say. You can encounter the attitude that music is just a hobby. But this is a skill they’ve had all their lives and the only thing they can do to earn a living at this level. When someone is injured, it’s not about getting them back to normal life but back to their highest level of function.’
Many professional musicians are freelance, so the orchestra has no legal duty of care. They have to buy in the physio they need privately or wait to get it through the NHS. But what if you’re a physio and a violinist comes to you for treatment, where should you start?

‘You need to know what a musician does,’ says Glasgow-based physiotherapist Patrice Berque, previously a professional horn player, who has built an expertise in musicians’ injuries. He has worked with the Royal Scottish National Orchestra, the BBC Symphony Orchestra and the Scottish Chamber Orchestra and has had numerous academic papers published on musicians’ injuries.
‘Players may appear to be fine to a physio who has never played an instrument. Everything looks normal but the pain develops after 10-15 minutes, once they start playing. It’s not that different from an occupational injury.’
Orchestras have taxing rehearsal schedules on top of travel time, often internationally. A day trip by a London orchestra to perform in Paris is not unusual. Players will be lucky to grab a snack in the rehearsal break. It’s a world of late nights, disrupted home life and ‘split shifts’ – a morning rehearsal, the afternoon off, then a late night gig.
Injuries can depend on the type of repertoire, Mr Berque says. And when students have exams they are at even greater risk, as they are playing more frequently. In a fiercely competitive world, the musicians will do all it takes to make it to the top – and then to try to stay there for as long as they can. Not unlike athletes.

Orchestras’ failure to provide suitable specialist physio care is a major concern of the Musicians’ Union. Even orchestras such as the CBSO, which employs full time players rather than just using freelances, won’t have a physio on tap, says the union’s spokesperson, Morris Stemp. Instead, the individual player has to find someone who is right for them.
Mr Stemp used to play with the Hallé Orchestra and has paid for physiotherapy in the past. ‘It was really hard finding anyone who was sympathetic to what a musician had to do.’ They tended to think of him as being weak and fragile. ‘But I told them to treat me like a weightlifter.’
Mr Stemp says freelance players need to know how they can come back safely after injury. Fear of losing a freelance contract often forces players back after injury, but before they are really ready.
Cambridge-based physio Sarah Upjohn began to specialise in musicians when her two children started to learn instruments. She’d been working privately for a Bupa clinic and because of her interest in music was given an increasing number of musicians to work with.
Mrs Upjohn then worked on research with a colleague at the University of Hertfordshire, on how musicians learn an instrument and associated injuries. Now she works one day a week for the British Association for Performing Arts Medicine (BAPAM) at its clinic near Euston in central London and is on contract at the Purcell School.
‘Most physiotherapists think about working with dancers, but they don’t know about musicians. How can they engage with musicians? They have no idea.
‘I go into the practice room so I see them with their instruments. I would stress the similarities with athletes. It’s hugely physically demanding yet they are not trained to look after their bodies in the same way as athletes.
‘For instance, do they have any appreciation of the biomechanics, of rest and recovery time, of warming up? Do they use ways of practising off-instrument – where they visualise the movements, so it builds up in the cerebral cortex?’
Her analysis of treatment she’s given shows that violinists are the most likely to get injuries, to the neck and shoulder, while oboe and clarinet players get right thumb injuries from carrying the weight of the instrument. Some might end up being treated by physiotherapists who are members of the CSP-endorsed British Association of Hand Therapists professional network. ‘String and piano players tend to practise more, whereas injuries are lower in wind players, who get sore lips so stop sooner,’ Mrs Upjohn adds.

Dan Hayhurst is information officer at BAPAM, the specialist advisory group that provides medical support to performers.
Part-funded by the Musicians’ Union, it has a list of physiotherapists offering support for musicians and offers a free initial assessment to those needing advice after injury.
Although the association covers dancers and rock musicians, it’s the orchestral players who suffer most, he says. Unlike dancers, orchestral players tend to have quite poor levels of fitness, for a start.
‘Dancers know they are doing a really physically demanding job and prepare for it. But musicians don’t think about it until they have a problem.’
But with appropriate advice, he says, many of these problems can be avoided in the first place. The best advice he can give a physiotherapist who has a musician on their books? ‘Watch them play.’
Despite steps being taken at some of the music colleges to improve students’ understanding of their bodies, many professional musicians still feel very vulnerable and won’t admit to being injured. Some of them worry that they won’t get the next job. And they put up with difficult working conditions.
So whether you like or loathe ‘Land of Hope and Glory’, spare a thought for the sheer physical effort involved among the orchestra’s rank and file players.
And just watch how that lead violin holds their instrument. fl