A question of culture: practical approaches to a good workplace

Many people talk about the importance of creating a good workplace culture. But what does it mean in practical terms, asks Daniel Allen. 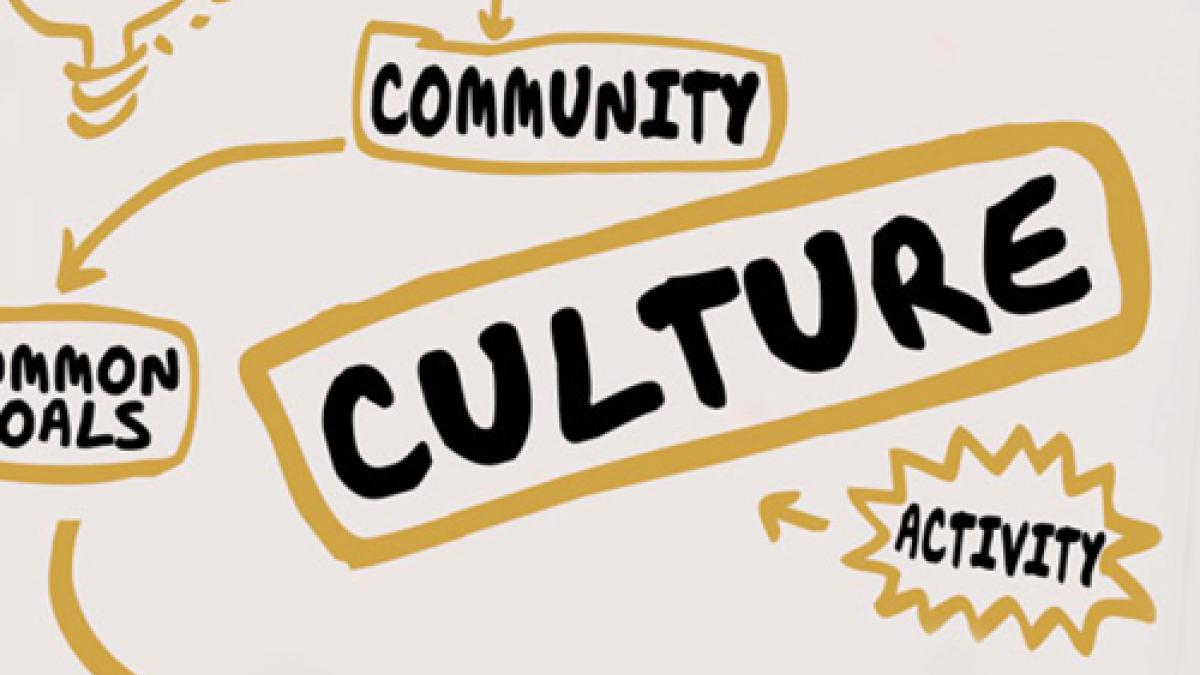 'Culture’ is a bendy, accommodating word. It fits with high art and exotic places, but also with secrecy, bullying, overwork and fear. And because it’s a word at home in many places, sometimes it seems to mean nothing at all.

Workplace culture, for example, is what exactly? Unless you pick apart the day-to-day detail of each employee’s working life, such a macro term can leave the micro unexplored. And it may be the micro that matters to an individual. Similarly, culture as experienced by patients can be hard to quantify. Reports by inspectorates such as the Care Quality Commission or Healthcare Improvement Scotland may reference ‘a caring culture’ but often in an undefined way. Rather, ‘culture’ is what emerges from a fusion of other, less abstract elements – evidence-based practice, effective management, good communication.

But for Stuart Paterson, co-founder and director of the successful Crystal Palace Physio Group in south London, defining workplace culture is simple: ‘It’s the way we do things.’

Drill down further, however, and it’s clear the way they do things has been carefully cultivated and has deep roots. ‘When we set up, the first thing we did was work out as a company what our vision was, our destination,’ he says. ‘We decided we didn’t want to be middle of the field, we wanted to be up front. So we set ourselves a goal of being a leader in the UK physio industry.’

Next, they decided how to achieve that goal. ‘Again in consultation with staff, we decided we would do it by a commitment to excellence in our clinical standards and our customer service,’ Mr Paterson says. ‘We came up with a number of company values – we wanted to support and value our people, we wanted to exceed our customers’ expectations. And we wanted to do all that but also strive for a work-life balance. Those sorts of  things determined what we wanted our culture to be like.’

And it’s worked. Since 1999, the company has gone from having two staff to 135 across 30 different sites. It’s been accredited by Investors in People and is listed in the Sunday Times Best 100 Companies. ‘Culture in an organisation can be the difference between success and failure, between mediocrity and excellence,’ says Mr Paterson.

CSP chief executive Karen Middleton agrees that culture is simply about how things are done – ‘nothing more complicated than that’.

A positive workplace culture, she says, is about enabling people to perform at their best and, in doing so, achieving an organisation’s vision or objective. When trying to establish such a culture, clarity over primary purpose is a good place to start.

‘So for the CSP, for example, its main job is to be the voice of physiotherapy. Then I think that breaks down into objectives for individuals – what each person is expected to do and deliver, and how they go about delivering it.’

Encouraging innovation and a degree of risk taking are key. Ms Middleton says: ‘It’s about a balance between ensuring people are accountable for what they do but also allowing them to try things out and make mistakes. There’s nothing worse than a culture where people are frightened to try because
of what they’ve seen or experienced before.’

She describes a CSP work stream called Just do it. ‘If people have an idea they think will contribute to us achieving our overall mission or improve efficiency or effectiveness, then let’s hear about it, let’s have a go. It might not work but the important thing is that we learn from it. It’s amazing how empowering that
can be.

’Improving organisational culture does not happen overnight, and without strong leadership it may never happen at all. A 2010 TUC report called In sickness and in health? included ‘incompetent line management’ in a list of factors that can contribute to a bad working environment. Others on the list included lack of respect, lack of training, long hoursand bullying. And despite evidence linking ‘bad
work’ to reduced productivity, stress and high turnover, stories featuring allegations of poor workplace culture remain commonplace. The online retailer Amazon, for example, was recently forced to deny reports
that its staff worked in a ‘bruising’ environment and were expected to respond to emails after midnight.

Ann Ross is chair of the CSP’s Leaders and Managers of Physiotherapy Services (LaMPS) network. She agrees that strong leadership is vital in building a positive culture. Transparency, engaging with staff
and encouraging feedback are also essential. ‘The key thing we often find where we have poor culture is that people don’t feel involved, don’t feel valued. So a positive culture has to say that everybody can contribute.’

But in times of austerity and cuts, leaders have to strive to maintain such a culture. ‘It can be hard if people see it as the top-quality things always being eroded. As a leader, you want to be able to sell the changes but people usually think they’re getting less – it’s slash and burn or it’s poorer quality. That’s hard in a leadership role – stopping that from percolating through your organisation.’

Hard but not impossible. Rather than shrink from that challenge, leaders should confront it. Ms Ross
says: ‘From a personal point of view, I like to walk the walk, put on a uniform and go and see what’s happening. Involving people – that’s my style, looking for ideas from people. Could we do anything quicker
or smarter? Could we do it cheaper if we did it this way?’

But when times are tough, leaders, especially those new to the role, have to look after themselves as well as those they manage if a positive culture is to flourish.

‘The key thing is to find some peer support. Try to build around you a network where you can discuss, bounce ideas, somewhere you can go when you’re stuck. And that’s something LaMPS is really good at – you really should be using it whether you’ve been in a leadership role for a while or are just coming into it. Usually the things we’re being asked to do, they’re not new – we’re just being asked to think in a different way and a mentor can help you look at a problem through a different window.’

For Paula Deacon, clinical lead of IPOPS, the Integrated physiotherapy, orthopaedic and pain management service at Staffordshire and Stoke-on-Trent NHS Trust, seeing things through a different window means giving people time to stand back and think. IPOPS is building a reputation as the place where physios in the region want to work. Even though tough times are prevailing in the NHS, IPOPS’s workplace culture is strong and people are prepared to travel far to work there.

‘Everyone here takes ownership,’ says Ms Deacon. ‘Everyone has the same values. The culture is very
open and transparent and everyone leaves their egos at the door. We’re a family and our aim is to deliver the best musculoskeletal care we can – that’s the sort of culture we have.’

Crucial to that culture is time out every Wednesday morning – two and a half hours of non-clinical time that gives the whole team a chance to think, reflect, discuss, learn.

‘We have time to grow, to think about continuing professional development or service delivery. And I’ve been passionate about that even when commissioners are challenging us,’ Ms Deacon says.

The wider, organisational culture is supportive too. A leadership programme devised by a clinical psychologist helped drive a positive working culture throughout the trust. Compassionate and appreciative leadership has filtered down from the top of organisation, says Ms Deacon. ‘Every leader from band 7 and above has been through an internal leadership programme, which has been brilliant. It’s really inspired. We’re supported from higher up and so for us it has been quite easy.’

1  You have to mean it! You have to believe that an open culture is achievable and it will be better.

2  Staff at every level and in every part of the organisation need to be involved and engaged from the start, including early planning. High levels of staff engagement lead to greater job satisfaction and better clinical outcomes.

3  Workplace change is much more effective when union reps are involved. Trust is greater and communication better so CSP stewards and safety reps should be involved from the outset. No one is better placed to allay concerns.

4  Everyone must be prepared to challenge and be challenged. Some conversations will be uncomfortable but without them change will be limited.

5  Be prepared for the long haul. Culture change takes time and is never finished. The culture you want for next year might not be the same as the one you need in 10 years’ time.

In sickness and in health? http://bit.ly/1LamEQs