Coming up with a brilliant business idea is only the first, and often the easiest, step. Daniel Allen meets some physios whose entrepreneurial streak could reap dividends. 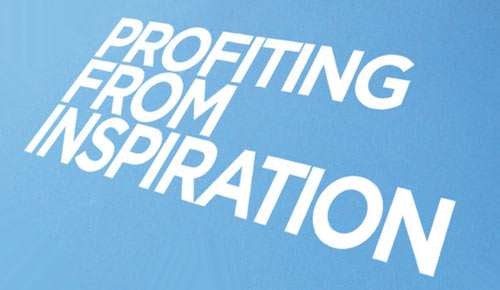 ‘We’re good problem solvers,’ says Cathal Malone, the physio behind MSKnote, a patient management programme for clinicians specialising in musculoskeletal (MSK) problems. ‘We look at things in a logical manner – that’s what we do on a day-to-day basis.’

He’s explaining how he came up with the idea for the software that he hopes will transform the way health professionals assess, track and treat patients with MSK problems.

When he started working as an extended-scope physio with Sussex Community NHS trust three years ago, staff were taking notes on paper which were then scanned into the hospital system. Administrative delays meant that when patients returned for subsequent appointments, the relevant information was not always available.

‘That was the catalyst for getting into it,’ he says. He also knew there was a need for a system where notes taken by clinicians, such as physios, orthopaedic surgeons and rheumatologists, were more easily shared.

‘In healthcare, we’re all used to using pen and paper for taking patient notes, but that’s an inefficient way of doing it,’ he says. ‘So now there’s this big drive towards using computers for taking our notes.’ But if typing skills are not up to scratch, notes may be less reliable and practitioners could be leaving themselves open to litigation as a result. ‘On the basis of that idea, I thought “let’s start developing something”,’ he says. The result, MSKnote, uses multiple-selection dropdowns and drawing functions, as well as free-text boxes, to help increase the accuracy of clinicians’ notes.

Physiotherapists like Mr Malone are not uncommon: practitioners who see where obstacles to good practice lie and suggest improvements. But only a few follow up their ideas, and fewer still turn them into viable commercial propositions, not least because to do so demands a willingness to be immersed in the sometimes opaque world of business.

Mr Malone has certainly done that. ‘It’s been a completely new adventure and a very steep learning curve,’ he says. MSKnote started as just a plain Word document, a prototype of sorts, which he adapted, developed and improved with support and feedback from trust colleagues, before he approached an IT company and asked it to turn his initiative into a computer program.

What began almost as a hobby has gradually taken up more and more of his time, including a day-and-a-half each month on a business management programme at Chichester university. ‘It’s taken two years, working on it every evening. It certainly takes over your life. If you have an idea and feel strongly about it, with hard work you can get there. But unless you really want to commit to something, I wouldn’t advise it, especially when you’re a full-time physio as well.’

That said, Mr Malone is beginning to see some attraction in perhaps one day being able to divide his time between physiotherapy and business. And the rewards could be impressive. He believes the potential market for MSKnote extends overseas.

Steve Tolan, the CSP’s head of practice and development, supports the idea of physios branching out into business. A former foreign risk underwriter in the City of London, he says: ‘I’m very big on promoting the idea of learning from elsewhere. Typically, people who spend their entire life in health take much of their learning from this sector, whereas, in fact, there are things to learn from other areas of work. Even the experience of running a sandwich shop does actually have an impact.’

But building a business can be a challenge for physios, Mr Tolan says. ‘They don’t have any core training, they may not have any experience of a commercial environment and their primary focus is on the care of patients.’ Moving away from the altruistic core values of physiotherapy can feel uncomfortable.

He also warns that business success rarely comes overnight: ‘Having a good idea or inventing something is only the first step – and is actually the easiest step. Making it viable and ensuring it can add value is the most difficult thing.’ And that’s a problem facing all wannabe inventors, not just those with a physio background. Time and again on Dragons’ Den, TV’s pitch-your-idea programme, it is the products with evident and sustainable widespread appeal that win the cash. ‘Success in this area isn’t by accident,’ Mr Tolan says.

Money is not the sole motivator

Physios who turn ideas into business success stories are rarely just motivated by money. It’s often the instinct to address unmet need or a shortfall in service provision that drives them.

Wendy Joy and her business partner Jane Reynolds are the physios behind Storycises, a programme of movement skills for young children based on a story format.

The idea of Storycises is that children act out a story and in doing so exercise those skills. Results suggest that over the course of a term the exercises really do make a difference, says Ms Joy. Interest in Storycises is growing and as well as schools, children’s centres, nurseries, childminders and libraries, are beginning to take notice.

But developing and marketing the business has been hard work. ‘We’re self-taught, so it’s been a steep learning curve and we’re still learning,’ Ms Joy says. ‘But it’s going incredibly well and wherever we go we’re getting a great response. For us, it worked well having two people involved because we’ve both got strengths and weaknesses.’ fl

Making a business case: the Cowleys

The business run by physios Ali and Chris Cowley bridges the gap between the NHS and the private sector in an innovative way.

Healthy Hydrotherapy in Bristol was set up three years ago in response to patients asking for more out-of-hours hydrotherapy.

Ms Cowley says: ‘We saw a gap in the market and knew we could fill it. We decided we could dip our toe in the commercial world and set up our own hydrotherapy business.’

Mr Cowley adds: ‘Alongside the initial idea and vision, we were also acutely aware of the financial difficulties experienced by the NHS, the closure of many hydro pools around the country and the fact that our local NHS hydrotherapy pool was under-utilised on many evenings.’

They pitched their idea to management at North Bristol NHS trust: the Cowleys would use the NHS pool to provide a valuable evening service for the local population; in return, much-needed income would be generated for the hospital’s physio department.

Extensive contract negotiations followed to ensure both parties were covered legally and it was agreed that the Cowleys could rent the pool when it was not being used by the NHS.

There was a lot to learn, but the internet provided plenty of business resources, and courses run by HM Revenue and Customs were invaluable. ‘It took a year of hard work to set it up,’ says Ms Cowley.

Since then, they have evolved and adapted to ensure clients’ needs are met and that good working relationships are maintained with the trust. The business has expanded to provide hydrotherapy for a wider range of patients, on a one-to-one or affordable group-session basis, and there is now a team of physios, all with their own specialist skills.

Mr Cowley says their model is one that could become increasingly common in the NHS. ‘For departments to be successful, they need to be flexible and innovative in their approach to service provision and income generation.’