Being employed by an independent company delivering a service to NHS patients in East Anglia gives physio staff scope to innovate, as Andrew Cole discovers. 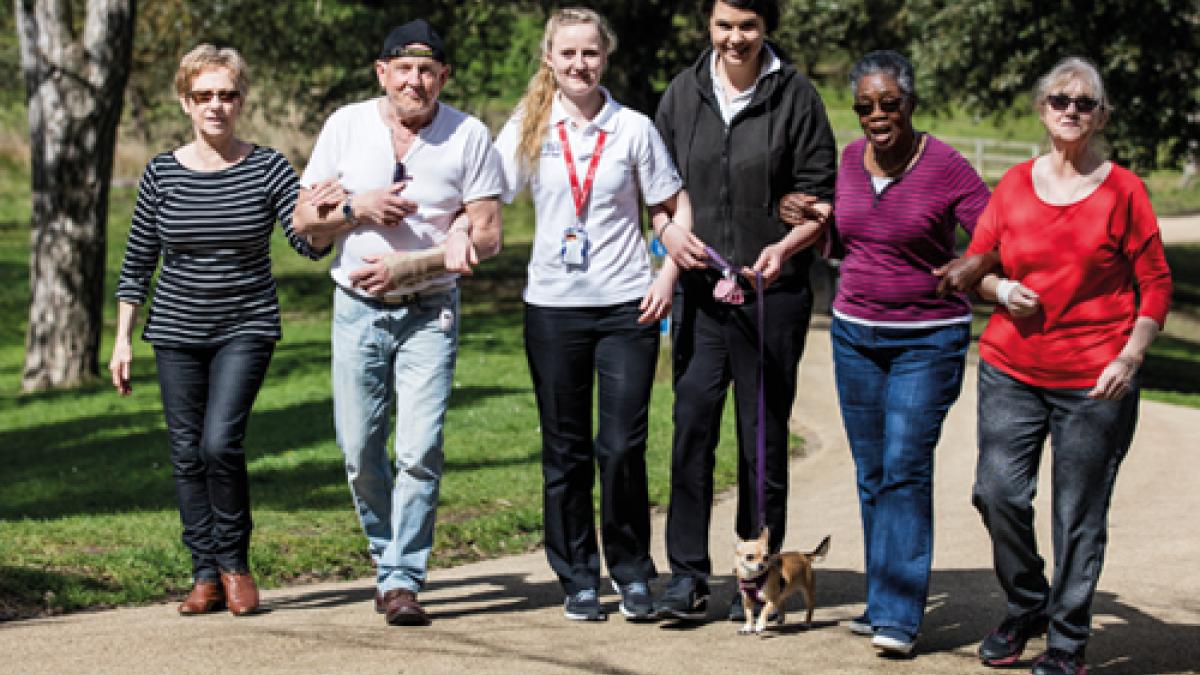 When the community physiotherapy company AHP Suffolk first set up as a social enterprise in 2011, it tended to be met with suspicion – by patients and health professionals.
AHP Suffolk is a community interest company that offers musculoskeletal (MSK), back and neck physiotherapy services across the county. Patients are either referred by their GP or, increasingly, through self-referral.
But initially, admits area manager Daniel Thomas, some patients were wary. He was told, for example: ‘You’re a private company, you only care about the money’. ‘Even other professionals thought we were part of the privatisation of the NHS,’ he says.
Once the social enterprise model was explained, however, most quickly revised their views. Although AHP Suffolk is an independent company and not part of the NHS, it operates without shareholders and ensures that any profits made are ploughed back into its services.
For Mr Thomas and his colleagues that is almost the best of both worlds. They are no longer subject to the red tape and delays of the NHS, but they retain their old public service ethos. ‘We’re still free at the point of access and we still see ourselves as NHS physiotherapists.
‘This allows us to do things the way they should be done’, he says. ‘We are able to make changes quite easily so that the money that is saved is reinvested back into the company and the community. It’s unshackled us. It’s led us to do things better and more efficiently.’

One result of the new mind-set has been a big reduction in waiting times. Mr Thomas explains that when they still worked in the NHS an 18-week waiting target was the standard. ‘As long as we were seeing patients within that time we were deemed to be meeting our targets so it was hard to argue for more staff.
‘But we always felt that wasn’t good enough so now we’ve managed to bring down the waiting lists to 20 working days for routine appointments and 10 days for urgent cases. We were able to set our own targets and increase staffing to meet that.’
In fact, staff increases combined with greater efficiency have been behind a number of innovative improvements to services. These include two well-equipped gyms that are available for patient’s supervised rehab programmes as well as being open to the public, extra clinic equipment and weekly ‘healthy walks’ led by team members.

The company has also created a popular GP education website and a weekly podcast on physiotherapy-related issues. And plans are well advanced for a special app to help patients with their exercise regimes.
But the innovation that has probably had the biggest impact is the online ‘portal’ that is now used by most patients who self-refer. When the team first introduced self-referral it was through a phone call to the physiotherapist. But this process took around half an hour and, as it became more popular, it increasingly impinged on the physiotherapists’ other work.
It was then that they had their ‘light bulb’ moment, says operational director Jo Keller. ‘We realised we needed a web portal so that patients could input the information themselves in their own time. If they don’t have access to the internet they can use the phone as before.’
The new system means trained physios are only involved in the final stage of triaging the referrals while band 2 data inputters now handle the substantially reduced phone referrals. The system is not only more effective than its predecessor, it is significantly cheaper – saving the equivalent of one follow-up appointment for each patient.
‘We were initially worried that self-referral might open the floodgates,’ says Mr Thomas. ‘But that hasn’t happened.’ ‘Putting it online has made self-referral manageable,’ adds Ms Keller.
It also encourages self-management. Once referrals have been assessed and categorised, the patient will be emailed and given a personal exercise plan which they are asked to follow prior to seeing a physiotherapist. In 20 per cent of cases no appointment is even necessary.
‘It’s really important that you get in early with patients to boost the rate of recovery and this system does that,’ says Ruth ten Hove, head of development and research at the CSP, who visited AHP Suffolk recently. ‘It creates more of an adult relationship with the patient.’
A number of other physiotherapy groups have expressed interest in the referral portal. Since AHP Suffolk owns the intellectual property, this is another potential source of income.
The team now plans to pilot a similar scheme in GP practices. It is calculated that 30 per cent of GP presentations relate to MSK issues. Under the CQUINN-funded pilot scheme most of these patients would bypass the GP altogether and either be directed to the self-referral web portal or be seen by a specialist physiotherapist attached to the practice.

AHP Suffolk calculates this would offer significant savings in GP time as well as reducing prescription costs and inappropriate referrals to secondary care. Two pilots will take place this year and if successful the scheme could be rolled out across west Suffolk.
Working ever more closely with general practices seems to be the way forward for community physiotherapy, says Mr Thomas. ‘And with self-referral these patients are not seeing the GP first. Increasingly the physiotherapist is the first person. More and more GPs are confident that we can do this.’
Ms Keller has no doubt that much of what AHP Suffolk is doing could be replicated by NHS services. ‘Being a social enterprise has allowed us to implement some changes and be a bit more dynamic but I think it could be delivered in the old NHS system. After all, our service specifications are set by the clinical commissioning group.’
So what difference is the service making to patients? AHP Suffolk has introduced a number of measures of social impact – every patient, for instance, is asked to fill in a questionnaire about their experience and the feedback is acted on. Meanwhile its friends and family score has averaged 96 to 97 per cent for the last 15 months. And in recent months every single patient has been seen within the 10 and 20 day waiting time limits.

An ‘amazing’ group of staff

One of the keys to all this, in Ms Keller’s view, is the workforce: ‘We have a really amazing staff group who are very dynamic and motivated.’ In fact, the organisation’s social enterprise status played a big part in attracting many of them in the first place.
The company also places great emphasis on training and support. This includes weekly sessions devoted
to problem-solving and new advances – as well as a regular newsletter, all available through the intranet.
Mr Keller and Mr Thomas acknowledge that working as a community interest company is less secure than being employed by the NHS. ‘If we don’t spend our money properly we’ll be bankrupt,’ notes Mr Thomas. ‘But we are very much in control of our own destiny – and that gives us a freedom we didn’t have before.’fl

To find out more about AHP Suffolk visit there website here.

AHP Suffolk offers musculoskeletal (MSK), back and neck physiotherapy services in outpatient clinics across Suffolk. It also has hip, knee and shoulder assessment services.
Its two primary commissioners are West Suffolk CCG (block contract) and East Suffolk (any qualified provider) but it also has MSK contracts with neighbouring Cambridge and Norfolk. Its catchment population in Suffolk is 633,000.
As a community interest company it doesn’t have shareholders but has a management board as well as chief executive, operational director, clinical director and four area managers. It employs 90 physiotherapists in 24 clinics as well as 33 administrative staff and 10 corporate staff.

AHP Suffolk receives about 150 self-referrals a day. Most patients choose to give their details online although a minority prefer to talk to someone on the phone – even when they have access to the web.
The web portal asks for biographical details as well as symptoms, pain levels and location and anything that eases symptoms. Patients are also asked a number of specific questions designed to highlight any red flag issues. Filling in this form takes the average client around 15 minutes.
The forms are triaged by a physio within 24 hours and each patient receives a personalised email with a set of exercises as well as general information, such as ‘back pain myths’.