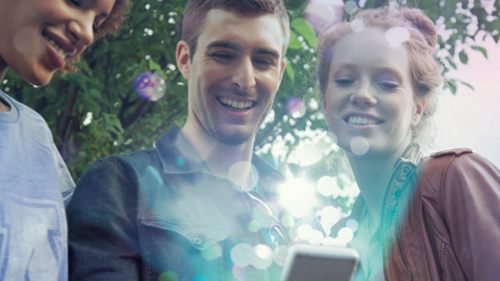 Social media can present particular risks and benefits to sports clinicians, says an editorial in the British Journal of Sports Medicine, which can be read in full online.
Using social media helps sports clinicians stay in touch with players, say Osman Hassan Ahmed, of the physiotherapy department at Poole Hospital NHS Trust, and colleagues.
This is especially useful with amateur players, who don’t have a professional athlete’s everyday access to their physio. A multidisciplinary team of clinicians can speedily solve problems through private discussions, using social networks such as WhatsApp and Twitter direct messages.
But sports clinicians face particular challenges, for example working with teams as well as individuals.
‘Confidentiality must always be respected,’ say Dr Osman and colleagues, advising clinicians to follow the social media guidance from their professional bodies.
They warn against disclosing a player’s injury status, or broadcasting comments on refereeing or coaching decisions.
However, not all pitfalls are so clearly marked.
‘If players and staff in a squad are often seen as parts of an “extended family”, due to the amount of time they spend together, then is it acceptable for clinicians to befriend their players on Facebook? Or reply to their tweets on Twitter? Or comment on their photos on Instagram?’ Dr Osman’s team ask.
‘It is difficult to be prescriptive in responding to these questions.’
They offer a useful list of tips, such as: stay up to date with new media, get informed consent from any player whose image you share, and ignore trolls.
‘In professional sports with media, marketing and communication departments, liaise with the experts to identify methods to utilise social media for wider public health benefits and to minimise risks of misinterpretation/misrepresentation’ they add.  Ahmed OH et al. British Journal of Sports Medicine 2015 and CSP social media guidance.

The June issue contains three systematic reviews which summarise the current evidence in musculoskeletal physiotherapists’ use of psychological interventions, and physiotherapeutic interventions before and after surgery for degenerative lumbar conditions and the effects of ventilator versus manual hyperinflation in adults receiving mechanical ventilation.

Using the right PROMs in physiotherapy

An international group of authors discuss the rise of patient-reported outcome measures (PROMs) in physiotherapy. They argue that these provide ‘patient-centred’ data which capture the patient’s opinion on the impact on their life, their condition and its treatment. PROMs can be used both in the clinical setting and for research purposes. Unlike many outcome measures, they can provide generic and condition-specific outcome measures and can be gathered through traditional pen and paper questionnaires or through electronic media. Some popular examples are the EQ-5D (generic), the Neck disability index (condition specific) and the Patient specific function scale (individualised instrument). The authors discuss how to select an appropriate PROM, use it in clinical practice and research settings, barriers and using them for benchmarking. Kyte DG et al. An introduction to patient-reported outcome measures (PROMs) in physiotherapy.

Exercise programme for patients with dementia

The exercise programme used in the Dementia and physical activity (DAPA) study is reported. This is a randomised controlled trial which targets cognition in people with dementia, using an exercise programme. The authors describe the rationale and development behind the exercise intervention which includes supervised exercise classes, aerobic exercise, resistance exercise and progressive unsupervised, independent exercise. The authors recognise the problems experienced by people with dementia, including difficulties with communication and poor memory. They include advice on using aids to memory and communication, setting goals which are important to the participants and providing a fun atmosphere to encourage adherence and enjoyment.  Brown D et al. Development of an exercise intervention to improve cognition in people with mild to moderate dementia: Dementia And Physical Activity (DAPA) Trial, registration ISRCTN32612072.

These reports are from the June 2015 issue of Physiotherapy Volume 101 (2). CSP members have free access to the digital version via the CSP website where you can create your account.

Children who have received certain treatments for cancer, such as cranial radiation,are more likely than other children to become obese.  Wilson CL et al. Cancer 2015.
Becoming less active after retirement reduces life expectancy, whereas even low levels of activity lead to longer life, researchers told the EuroPRevent conference in Lisbon. They found that the proven benefit of physical activity for the general population holds good for older people too. However, few older people manage the recommended 30 minutes five times a week. So researchers recommend starting with at least 15 minutes a day.  Hupin D et al.