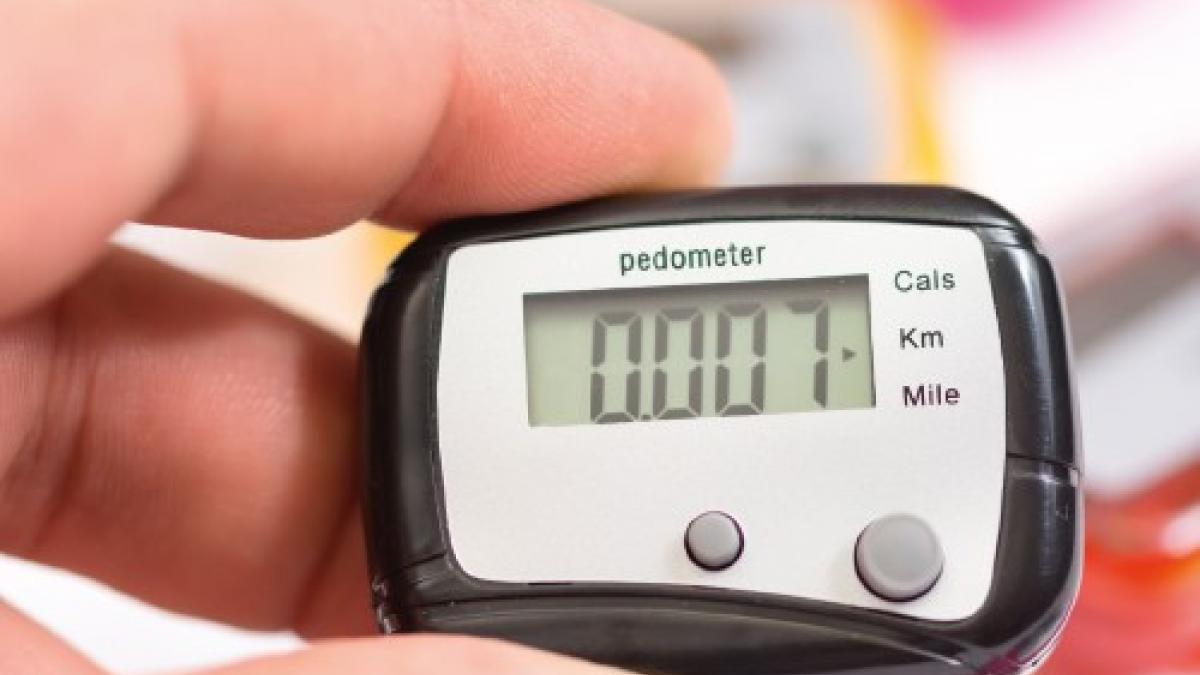 Giving pedometers to people with rheumatoid arthritis (RA) boosts their physical activity, even without the provision of step targets, and helps curbs fatigue, suggest the results of a clinical trial of 96 people with the condition.
Participants were randomly assigned to written and spoken advice (n =28); or use of a pedometer and a step diary with (n = 34) or without step targets (n = 34). Their progress was tracked for 21 weeks to see which of these approaches might have any impact on disease activity, pain, physical function, depressive symptoms and fatigue.
At the start of the study, participants were only clocking up around 5,000 daily steps; and in half of them, the tally was under 4,000.
The number of average weekly steps fell over the monitoring period in those given advice alone, but increased significantly in both groups given pedometers.  By week 21, the proportion of people in these two groups who had been classified as sedentary had fallen by 30 per cent. And the number who met the criterion for a healthy level of activity – at least 8,000 steps a day – had doubled.
And fatigue scores, measured by the PROMIS Fatigue Short Form 7a questionnaire, fell substantially in over half of those given a pedometer. Physical function, and pain and stiffness also improved, as did depressive symptoms.
The US researchers emphasise that fatigue can significantly impair quality of life and restrict activities in people with rheumatoid arthritis, but there are few effective treatments for it. Their findings strengthen the theory that increasing physical activity by walking not only has important beneficial effects on fatigue but also on other rheumatoid arthritis symptoms, they conclude.  Katz P et al. Physical activity to reduce fatigue in rheumatoid arthritis: A randomised, controlled trial Arthritis Care & Research 2017.

This is the first of three papers focusing on the shoulder in this issue of the Journal. Manchester-based researchers recruited 120 patients with shoulder pain and randomised them to three intervention groups.
Participants attended three appointments over six weeks, with the exercises progressed in difficulty at each appointment. Each completed three sets of 10 repetitions of their allocated exercises, twice each day. All participants were also taught stretching exercises for the anterior and posterior shoulder capsule.
There were some small differences in engagement between the groups but the authors report that open chain loading, closed chain loading and minimally-loaded range of movement exercises all seem to be effective in bringing about short term changes in pain and disability in patients with rotator cuff tendinopathy.  Heron SR, Woby SR, Thompson DP.  Comparison of three types of exercise in the treatment of rotator cuff tendinopathy/shoulder impingement syndrome.

Harland and Blacklidge report the results of a national survey which explored physiotherapist and GP attitudes towards Physio Direct services. This phone based service, a relatively new phenomenon according to the authors, comprises musculoskeletal triage and treat services.
The survey sought the views of 488 physiotherapists and 68 GPs. The findings suggest that these groups have generally positive attitudes towards Physio Direct services, particularly if they have previous experience of them.
However, they also found that significant proportions of respondents believed patients would still need to be seen face-to-face at some point. Based on their results, they recommend that patients should be given a choice whether they access Physio Direct services or not.  Nicholas Harland N, Blacklidge B Physiotherapists’ and General Practitioners’ attitudes towards ‘Physio Direct’ phone based musculoskeletal physiotherapy services: a national survey.

These reports feature online in the CSP journal, Physiotherapy. CSP members can access them free online, via the CSP website.