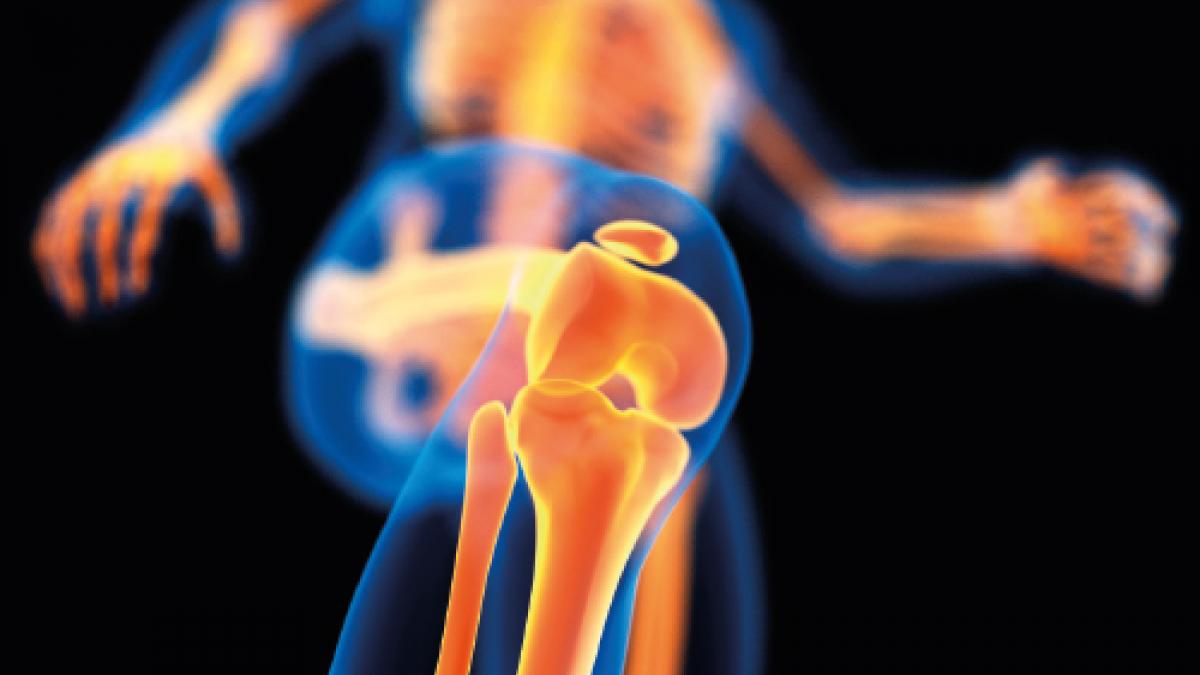 Older people sometimes describe a fall as having been caused by their knee buckling, or giving way. New research shows that knee-buckling is linked with an increased risk of falls, especially among people who have knee pain or osteoarthritis.
Because knee buckling can be caused by muscle weakness and poor balance, researchers recommend a programme of targeted exercises to increase the joint’s stability and reduce its likelihood of giving way. Building knee stability also improves patients’ quality of life as they regain confidence in their balance, say the authors.
Michael Nevitt and colleagues analysed data covering 1,842 people in the US Multicenter Osteoarthritis Study. The patients, aged 54 to 84 (average age 67) when the study started, were followed up five years later.
Those who, before the trial started, had already experienced a fall when their knee buckled were 4.5 times more likely than others to have had further falls in the next five years. They were twice as likely to have been significantly injured in a fall, three times as likely to have had their movement limited by a fall injury, and four times as likely to lack confidence in their balance.
‘Interventions that reduce knee buckling may help prevent falls, fall-related injuries and adverse psychological consequences of falls in persons with knee osteoarthritis,’ the authors conclude. They warn that, as the main symptom of knee arthritis is pain, professionals may miss signs of instability.
Nevitt MC et al. Symptoms of Knee Instability Are Risk Factors for Recurrent Falls, Arthritis Care and Research 2016.

Available online, as an article in press, Grieve and Palmer report on a survey which sought information on how physiotherapists currently diagnose, assess and manage plantar fasciitis in routine practice. A total of 257 physiotherapists completed the survey and their responses suggest that advice and education, with an emphasis on self-management, and including calf and hamstring stretching was the most commonly reported treatment approach. From a manual therapy perspective, massage, myofascial release, specific soft tissue mobilisations and myofascial trigger point therapy were popular.
Physiotherapy for plantar fasciitis: A UK-wide survey of current practice Grieve R & Palmer S.

Managing low back pain in pregnancy

Pregnancy-related low back pain is very common, and 629 physiotherapists responded to a survey conducted by the EASE back study team. The team found that most respondents treated patients in three to four, one-to-one treatment sessions over three to six weeks. They found multimodal management to be common; with various exercise programmes, manual therapy, massage and acupuncture being used to varying degrees.
Current management of pregnancy-related low back pain: a national cross-sectional survey of UK physiotherapists Bishop A et al

Thomson, Jukes and Lewis report a systematic review to compare exercise therapies, continuous passive movement (CPM) and the duration of postsurgical immobilisation following surgical repair of the rotator cuff.
Their aim was to determine the most effective rehabilitation protocol. Although they found no difference between the rehabilitation methods studied, the results suggested that patients could expect to see an improvement in pain levels, range of the shoulder joint and related function.
Rehabilitation following surgical repair of the rotator cuff: a systematic review Thomson S et al

Physiotherapists and researchers need access to robust patient-centred outcome measures and databases holding appropriate reference values. This group of Australian researchers are currently undertaking a study with the aim of generating a freely accessible database of musculoskeletal and neurological reference values representative of the healthy population aged from three years to 100 years. They will include dexterity, balance, ambulation, joint range of motion, strength and power, endurance and motor planning. This database will be invaluable for those conducting research in related areas and for clinicians who want to compare patient data with ‘normal’ values.
1000 Norms Project: protocol of a cross-sectional study cataloging human variation McKay MJ et al