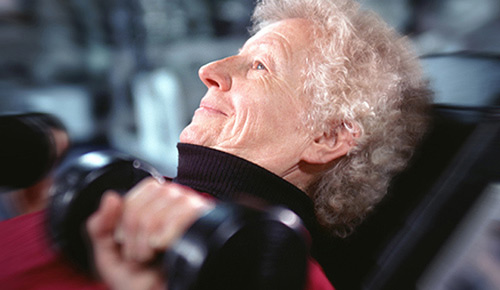 Improved blood glucose control is the critical factor associated with these reductions, show the findings, which are based on 29 people aged 50 to 70 years old with uncomplicated type 2 diabetes.

They then continued this programme at home for a year, during which time changes in diabetes risk factors and routine medication use were regularly monitored.

The ability to stick to the programme fell significantly over the course of the year. But 26 people completed it, by which point 14 (54 per cent) had stopped or reduced their medication and five (19 per cent) had increased it.

In all, 19 out of 140 medications were reduced or stopped. On average, these reductions amounted to almost 1.5 pills per person a day, with an estimated annual saving of around €110 (£97).

After 12 months, blood glucose had fallen by an average of 22 per cent, waist circumference by seven per cent, and central fat by 150 per cent.

Blood glucose and HbA1c (glycated haemoglobin) were the only factors associated with routine medication costs. Patients with an HbA1c above 6.5 per cent doubled their drug use during the 12-month monitoring period.

The researchers acknowledge the small size of the study and lack of a comparison group. But they conclude: ‘Taking into account the global pandemic of type 2 diabetes, lifestyle intervention would represent non-negligible fiscal savings.’

Need to know
Updated National Institute for Health and Care Excellence (NICE) guidelines for the management of type 2 diabetes in adults explain that this chronic metabolic condition is commonly associated with obesity, physical inactivity, raised blood pressure, disturbed blood lipid levels and a tendency to develop thrombosis, and therefore is recognised to have an increased cardiovascular risk.

Implications
The guidelines highlight that diabetes care could account for up to 10 per cent of NHS costs.

The BMJ study found evidence of some clinically important changes in outcomes measured during and following the intervention. But the authors don’t elaborate on why those with an HbA1c level greater than 6.5 per cent in the last quartile doubled their routine medication costs. They also identify important potential barriers to implementing a similar lifestyle intervention – namely, costs and the drop-off in adherence.

The NICE guidelines outline the following key priorities for implementation: patient education; dietary advice; blood pressure and blood glucose control; and drug treatment. These priorities reinforce the need for lifestyle advice that includes increasing physical activity. The guidelines emphasise the importance of a tailored approach, and of giving particular consideration to the broader health and social care needs of older adults. More research into the effects of stopping and/or switching drug treatments to control blood glucose levels is needed, they say. 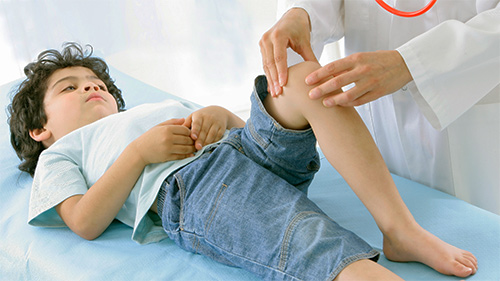 Out of all GP appointments for musculoskeletal disorders, knee problems were the fourth most common reason for a GP visit by children and teenagers, and responsible for the second highest number of consultations, finds a year-long UK study.

Records on appointments for knee problems made throughout 2010 at 14 surgeries in North Staffordshire were extracted from a general practice consultation database (CiPCA). The consultations were coded into ‘symptom’ or ‘diagnosis’ and further categorised as ‘trauma’ and ‘non-trauma’. Patients were classified by age group, sex, and area of deprivation.

In 2010, a total of 5,081 consultations for musculoskeletal conditions were recorded for 2,836 children and teenagers between the ages of three and 19 years, equivalent to an annual consultation prevalence of 1,034 per 10,000 registered patients.

The number of consultations for knee pain increased up to the ages of 12 to 15 before levelling off.

‘Knee problems in children and adolescents represent a significant caseload for GPs and the propensity for these problems to persist presents a significant challenge for general practice,’ conclude the researchers.