In our regular round-up of reseach related articles Janet Wright looks at award-winning surgery and asks the question, can enhanced rehabilitation help patients with dementia? 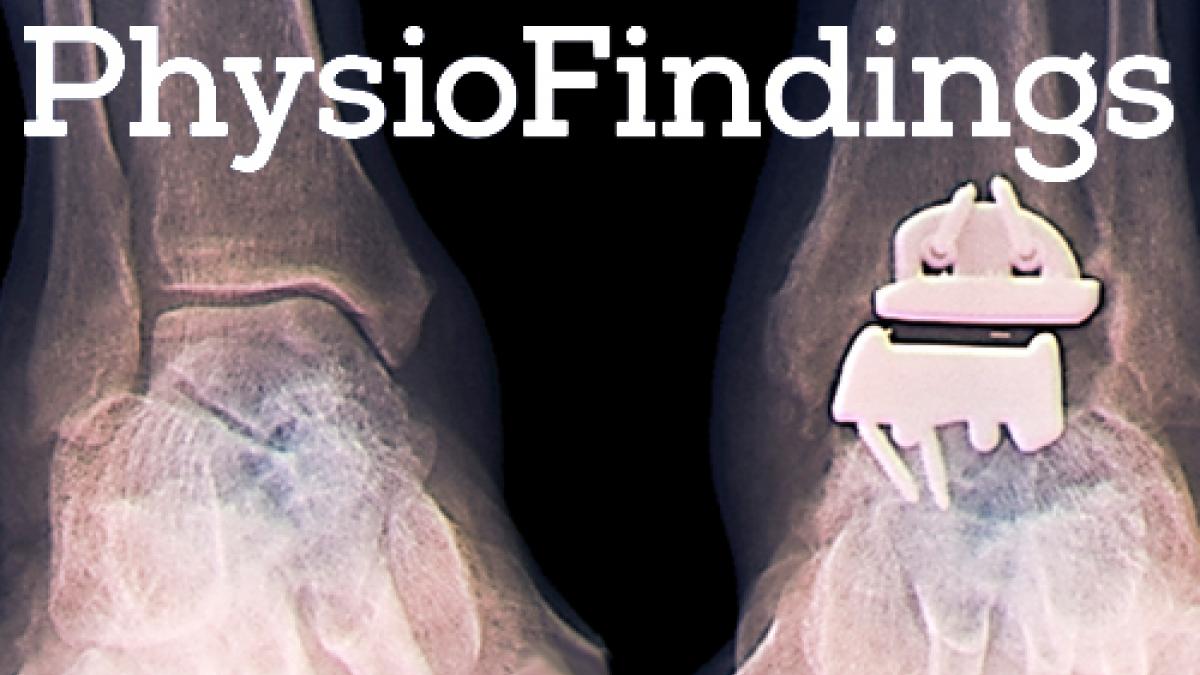 A research team from Newcastle-upon-Tyne’s Freeman hospital has won the International Federation of Foot and Ankle Societies award for excellence, with a study of ankle-replacement surgery.
Research physio Jayasree Ramaskandhan and her colleagues set out to see if the severity of a patient’s arthritis, as shown by X-rays, could predict how successful the operation would be.
Pain in an arthritic joint doesn’t necessarily match the amount of physical damage. And research on knee-replacement surgery has shown that the less deterioration the joint showed beforehand, the more likely a patient is to be dissatisfied with the outcome.
The team reviewed data on 124 patients who had had total ankle replacement (TAR) surgery at the Freeman.
They divided them into four groups, depending on radiological severity, with group A having the least joint deterioration and group D the most.
Before the operation, patients in all groups reported similar levels of pain, stiffness and difficulty in moving.
Followed up two years afterwards, however, the patients in group D were significantly happier than the others.
‘The type of arthritis which leads to high-grade radiographic changes, and in particular the loss of joint space, may be more widespread and affect the whole joint. Such widespread arthritis seems to respond better [to TAR]’, the authors note.
The Group D patients, whose X-rays had shown most joint damage before the operation, reported the greatest improvement in pain, stiffness and function.
Overall, 91 per cent of group D patients were satisfied two years after their operation, 93 per cent felt it had improved their quality of life and 77 per cent said they would have the operation again. By contrast, in groups A to C just 50 per cent were satisfied, 47 per cent reported better quality of life and 52 per cent would have the operation again.
‘Replacing the whole when only part of the joint is affected by focal disease appears to lead to ongoing pain,’ the authors say.
‘While this study does not explain all of the dissatisfaction in TAR, radiological severity is an important factor that the surgeon must consider when planning how best to treat their patients,’ the team concludes.
The award was presented during the annual meeting of the American Orthopaedic Foot and Ankle Society in July. Chambers S et al. Radiographic severity of arthritis affects functional outcome in total ankle replacement, Foot & Ankle International (in press).
For a copy, email Jayasree.Ramaskandhan@nuth.nhs.uk

Hip fracture can cause serious long-term problems for older people, especially those with dementia.
But the low quality of evidence for newer rehabilitation strategies makes it hard to assess how helpful these are, say the authors of a new Cochrane review.
More than 40 per cent of people who break a hip have cognitive impairment such as dementia, and they are more likely than other patients to die or need long-term care.
They are at greater risk of pressure sores and chest infections, say the authors, and may become more confused or unable to express their pain.
Physiotherapy lecturer Toby Smith, of the University of East Anglia, and colleagues set out to see if enhanced rehabilitation strategies might aid recovery. These include improving communication among healthcare professionals and providing wider healthcare expertise than usual.
‘People with dementia, who have greater and more complex needs, may gain most from these … strategies,’ say the authors.
After screening 297 published studies, they found five randomised controlled trials covering 316 hip-fracture patients with dementia.
They had hoped to include studies of programmes specially designed for people with dementia, but did not find any that were suitable. Those they used focused on patients with dementia as a sub-group of hip-fracture patients in a larger trial. None looked at the effects on the patients’ dementia or their quality of life.
The team found that enhanced strategies might reduce the risk of certain complications and improve the chance of patients being able to return home. But the quality of evidence was too low to draw any firm conclusions.
‘The current evidence base derives from a small number of studies with quality limitations,’ they comment. ‘This should be addressed as a research priority to determine the optimal strategies to improve outcomes for this growing population of patients.’
Smith TO et al. Enhanced rehabilitation and care models for adults with dementia following hip fracture surgery, Cochrane Database of Systematic Reviews 2015; 6: http://dx.doi.org/10.1002/14651858.CD010569.pub2 - open access