New tech: stressed out of a job

New technology should help, but without proper training physios’ health could be at risk, finds Andrew Cole in our Pinpoint the pressure campaign. 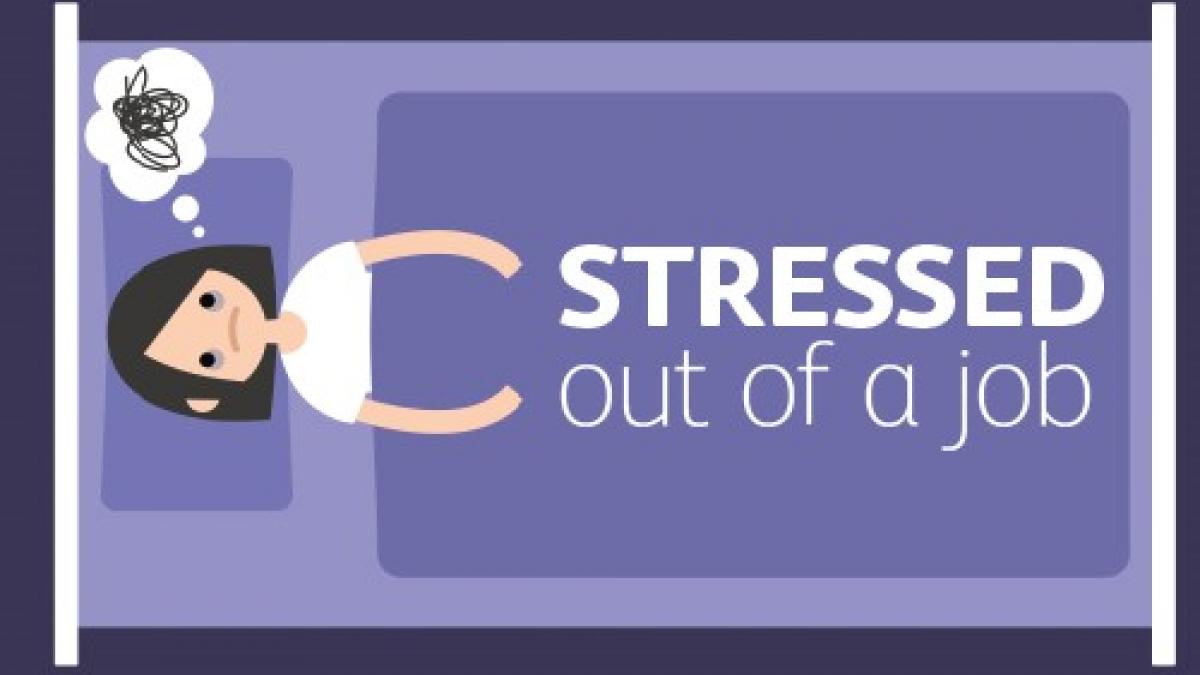 Two years after retiring from her post as a senior paediatric physiotherapist because of stress-related illness, Charlotte (not her real name) looks back with regret at the life she left behind. ‘I accept the fact that it was the right thing to do – and feel much better now – but I still want to be there. Even seeing the NHS logo or anything about my trust gives me that adrenaline rush. I’m still a physio at heart.’

Charlotte’s mental health problems were precipitated by the familiar syndrome of a cash-strapped healthcare trust expecting ever more from staff but offering no extra resources. Her physio team were, she says, ‘not waving but drowning’.

Then, in 2013, the trust decided to become a paperless service. For Charlotte that was, if not the last straw, the trigger that led to her eventual breakdown.

Previously, she explains, the team had worked together in one office with a secretary who could type up longhand reports and input their notes to the computer system. But after the restructure everyone became responsible for their own inputting and worked separately.

‘Everybody was working remotely, doing stuff in cars, parking up where you could get a signal to input your notes,’ says Charlotte. ‘I was doing work after putting the kids to bed because [I felt] the laptop was burning a hole in my head until I’d transferred all the material I had.’

The new system also served to isolate staff. ‘My team needed to have an office space for many reasons. It allowed us to voice concerns, receive support and spot issues. Issuing us all with laptops changed that dynamic. The office became like the Marie Celeste.’

Too few computers to go round

Ironically, it also meant Charlotte’s colleagues were less able to spot her personal problems or to take any steps to pull her out of her spiral. ‘We had been a close-knit team and were not afraid to tell someone to step back or to have a cup of tea and offer support. But the laptop stops you having that contact with your peers.’

In the end, she says, everything became too much and she ‘crashed and burned’. After lengthy sick leave, she took out a grievance against the trust, which was unsuccessful, and in October 2015 reluctantly took early retirement.

Charlotte’s predicament has, sadly, become an increasingly familiar one in recent years as the move towards digitisation in the NHS picks up pace. The CSP’s Pinpoint the Pressure workplace campaign is finding that new technology issues are a strong and recurrent cause of stress.

The CSP’s senior negotiating officer and health and safety officer, Donna Steele, accepts that when new technology programmes are introduced with the right preparation and support, they can be very successful and help to improve patient care.

‘But, more often than not, the feedback from physios is that the new systems are introduced with little consultation with the staff affected. Overnight, their ability to access patient records is impeded and this can cause enormous stress, especially if patient workload is increasing at the same time.’

Even when there has been advance consultation, it may not have taken into account the particular needs of physios, so that the system they are expected to work with is not fit for purpose.

Another common complaint is that there are simply not enough computers for all the staff who need to use them. In many cases, physios are returning to the office after hours simply to access a computer.

One physio reported that they were now required to do more administrative tasks but because there were about five people to each computer, a screen was never available when it was needed. Another noted that the shortage was creating confidentiality issues because computers were shared regularly.

One physio is facing disciplinary action following the introduction of an electronic notes system, says Ms Steele. The IT changes were part of a major restructure that included moving to seven-day-a-week working and increased caseloads. The physio in question had no support or training for the changes and, as a result, got behind with her notes. ‘It is alleged that, as an autonomous practitioner, she didn’t keep up to date with her reports. Potentially she could be struck off, although we are fighting this all the way. But the real problem was that there was not enough IT support and no awareness of the impact all this was having on her.

‘Over and over again we see the same mistakes being made,’ says Ms Steele. ‘Employers don’t make sure the proper infrastructure is in place, there’s a lack of consultation and they don’t take sufficient account of people’s needs.’

Combined with the other pressures of the job, this leads to rocketing stress levels and high sickness.

So what needs to be done? Ms Steele suggests that trusts could introduce a new technology policy, clearly setting out the principles for good practice. But she also points out that the requirements – for consultation, risk assessment, training and support – are already laid down. Critically, employers have to observe them – and staff have to keep them up to the mark.

Physios need to talk to their colleagues about the problems they are facing, says Ms Steele. ‘It is guaranteed that they won’t be alone – and then they need to let their managers know this isn’t acceptable.’ They should also contact their safety rep, as they have the legal right under 1977 health and safety regulations to  be consulted in good time before introducing new technology in the workplace.

Charlotte feels that the new generation of physios will be better equipped to deal with technology issues but she worries for the so-called dinosaurs of her generation.

‘I left the service having had a 23-year career which ended in a way that I wouldn’t want for anybody. But when I’ve talked to my peers about what happened to me they have all said – it could have been any of us.’

Getting it right at Calderdale and Huddersfield

‘It has given us the ability to look at documents in real time, which is so helpful. As soon as it’s put into the system, it’s there for everyone,’ Mr Almond  says.

He believes it has improved the standard of documentation and is starting to save time. Overall, he thinks, ‘It has enabled our physios to provide more holistic, patient-centred care.’

The process of pooling information and talking to colleagues from other disciplines has also helped to strengthen professional relationships within the trust. ‘Everyone seems to have come together because we are all experiencing the changes at the same time.’

One of the keys to success, Mr Almond believes, is that nearly all departments in the trust introduced the changeover at the same time – over a period of only three days.

For four months before that, all staff had received training  – not just on the new systems but also on more generic IT issues for those who felt less confident with the new technology.

Once introduced, staff had a support network of ‘EPR friends’ – from ward clerks to consultants – as well as experts from the IT company and managers who were on hand 24 hours a day to deal with any problems. There was also a week-long moratorium on meetings.

The trust’s decision to give all staff an extra day’s annual leave probably helped the transition as well.

The one problem so far, says Mr Almond, has been a shortage of computers at peak times which has caused stress. He drew this to management’s attention. The trust is planning to make good the shortfall.

He urges other physiotherapists who are facing similar changes to embrace the potential for improved patient care – while learning from the mistakes of others. Training, often in basic IT, is critical.

‘If everyone knows how to access and use a computer in advance it makes it so much easier.’

Under pressure at work?

Talk to your health and safety rep or take a look at our resources online here.