Money talks: we need a rise

Physio staff should join thousands of other NHS workers outside parliament this month to lobby MPs for an increase. 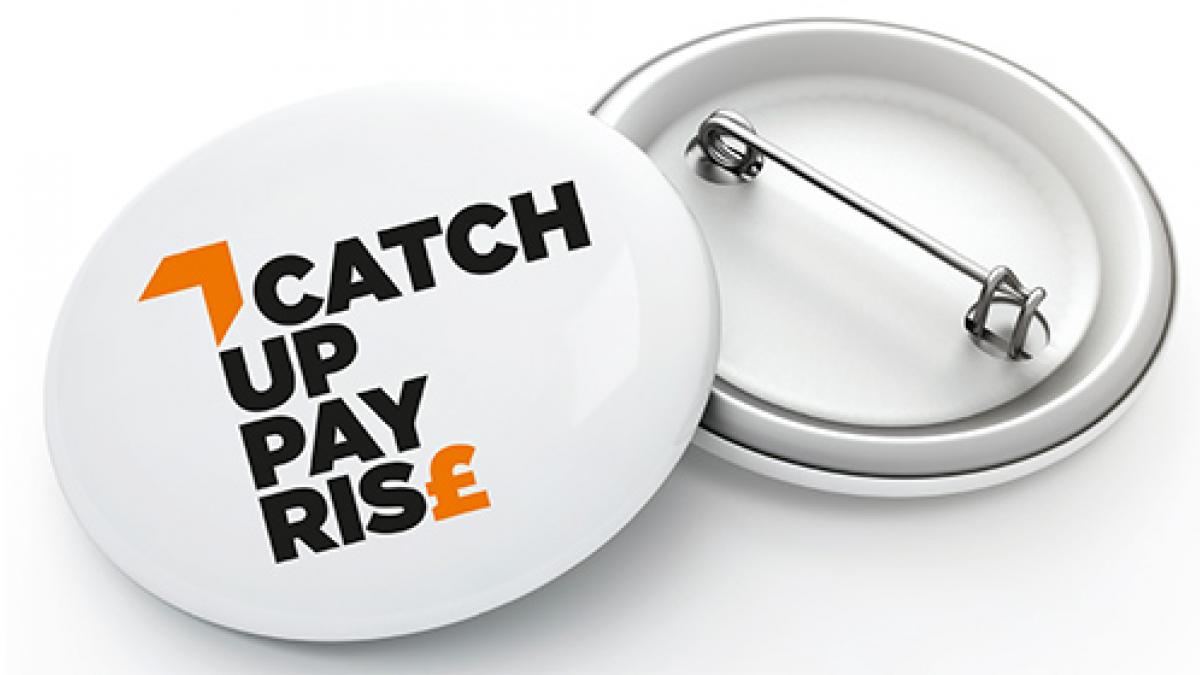 NHS workers are owed a pay rise that must start to claw back the thousands of pounds in real income lost over the past seven years, says CSP’s assistant director Peter Finch.

His call to action came as trade unionists from across the country plan to converge on Westminster in London on Tuesday 17 October.

They will be seeking MPs’ support for a 'catch up' pay rise after years of punishing restraint.

'Some people argue that the rise is unaffordable. But it is really a political choice,' Mr Finch says.

Join us on the Fair Pay Rally

Pledge your attendance by emailing pay@csp.org.uk with your name, mobile number and email address. For more information on how you can get involved, including lobbying your MP, see our website pay section: www.csp.org.uk/pay

To support his argument, he pointed to an estimated £16 billion a year lost to the Treasury over the period 2010-2016 due to cuts in corporate taxation.

Mr Finch is urging members to attend the public sector pay rally (see opposite), co-ordinated by the TUC, and lobby parliament for the rise.

‘It is more important than ever for CSP members to stand up for the right to decent pay for the amazing work they do,’ he says.

The aim is to press MPs to call on the government to back the joint health unions pay claim. This is for 3.9 per cent, plus £800 consolidated into CSP members’ salaries.

The UK-wide claim was launched as the government signalled in September that it was starting to lift the one per cent cap on public sector pay introduced in 2012, after a two-year freeze on the annual uplift.

Seven years of below-cost-of-living pay awards have left NHS and other public sector workers thousands of pounds worse off and resulted in widespread recruitment and retention problems in the NHS.

Health trust bosses now consider the issue of recruitment and retention of NHS staff to be ‘as serious as concerns over funding’, Phillippa Hentsch, head of analysis at NHS Providers which represents hospital trusts, told the Independent in July.

In the NHS, over the past year, there has been a 16 per cent rise in vacancies across all clinical sectors to 86,000. That is a large underestimate, health unions say. It’s a point NHS Digital, source of the data, accepts. The CSP forecasts that the NHS needs to recruit 500 extra physios a year to meet growing demand, but there are already problems in filling posts - for example, vacancy rates for band 6 staff exceed 20 per cent in Grampian.

Around three quarters (76 per cent) of members working in the NHS indicated in a CSP survey over the summer that they were unhappy with their pay. A similar proportion (72 per cent) expected an above inflation rise once the cap is lifted, with more than 80 per cent saying this would give them more job satisfaction. Almost half (48 per cent) said it would reduce the likelihood of them quitting the NHS. Just under 2,500 members completed the survey, which forms part of the evidence the CSP will present to the NHS pay review body (PRB).

Morale and motivation along with recruitment and retention are top criteria considered by the PRB in recommending pay levels.

The CSP and 13 other NHS unions have lodged the claim with the government and will be presenting it as part of the evidence to the PRB, making clear that the rise must be separately funded, rather than come out of overstretched NHS budgets.

Employers have weighed in with support for a separately funded pay rise. Saffron Cordery, director of policy and strategy at NHS Providers, said: ‘Staff morale is suffering. We need an end to pay restraint that is funded with new money.

‘The NHS is already overstretched financially and any requirement to divert more scarce resources into pay would impact on patient care.’

In a report published last month, the Institute for Fiscal Studies (IFS) argued that there was a ‘strong case’ for easing pay restraint on public sector workers and failure to do so would result in ‘increasing difficulties’ in recruiting, retaining and motivating public sector staff. It would also reduce the ‘quality and quantity of public services’.

After accounting for differences in characteristics such as education and experience, there is ‘little difference between the pay of public and private sector workers’ said the IFS report. Average weekly earnings for public sector staff stand at £511 compared with £506 in the private sector, according to Office for National Statistics figures for June.

And polling by the King’s Fund last month found that two thirds of people would be willing to accept a rise in tax to fund the NHS. fl

Jill Taylor: Why I’ll speak at the rally on 17 October

It has been seven long years since the government of the day imposed pay restraint on the NHS and other public sector workers..

It’s time for the pay cap to come off. We need an increase that starts clawing back what we’ve lost as the cost of living has outstripped pay rises.

As one of the richest nations on earth, we can afford decent pay for NHS staff. But we were told by the government that they had to make a trade-off between pay or staffing levels. Well, that’s just not credible.

Poor pay cannot be separated from recruitment and retention. A failure to properly reward staff when they have never been more under pressure can only exacerbate shortages. I’m not surprised that physiotherapy staff and other workers quit the NHS for better pay and less stress. In the end, the patient pays.

That’s why I’ll be at the rally in Westminster. I’ll be there because I want the amazing work of physiotherapy staff to be recognised.

I’ll be there because I love the NHS and because I care about my patients.

I’ll be there to fight for the fair pay claim launched by the CSP and other health unions.

Jill Tayor is chair of the CSP industrial relations committee