A new review of transvaginal mesh implants in Scotland could influence clinical practice across the UK, says Louise Hunt. 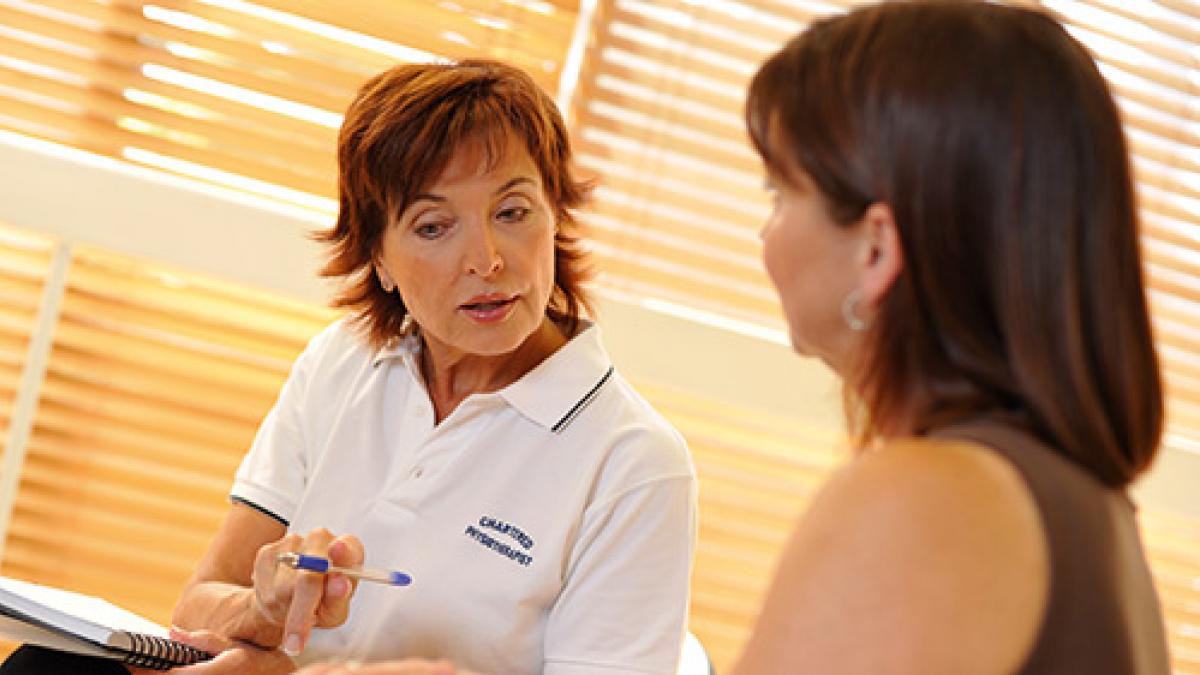 The troubled inquiry into the use of transvaginal mesh implants is to undergo a further review, Scottish health minister Shona Robison said last month.

The decision comes after campaigners raised concerns over the transparency of the initial process. However, the recommendations from the first review, which were welcomed by specialist women's health physios, are to be upheld.

The long-awaited 'Independent review of transvaginal mesh implants' report was published by the Scottish government on 27 March. It followed a series of post-surgery complications. Its conclusions are likely to have implications for practice across the UK.

CSP has been closely involved in the review process, with representatives on the review group and expert panel. 'This has been a long-running campaign by the CSP in Scotland,' said policy officer Kenryck Lloyd-Jones.

The vast majority of women who have implants do well. It is a small, but significant, group that has experienced terrible outcomes and this depends on individual factors

He said that national guidance on pelvic dysfunction, which has now lapsed, did recommend that women should be offered physiotherapy initially, before surgery,'But this was clearly not happening because of the shortage of specialist pelvic health physiotherapists. As a result, some women did not receive their first physiotherapy appointment until after surgery.'

Earlier this year, a BBC investigation revealed that there are more than 800 women in the UK suing the NHS and mesh implant manufacturers for debilitating and life-changing problems they have incurred from mesh implant surgery. The lawsuits could amount to tens of millions of pounds in compensation. See Hundreds sue NHS over 'barbaric' treatment.

Elizabeth Crothers, the CSP representative on the review panel, told Frontline in May that the report's recommendations give specialist women's health physiotherapists a 'stronger footing' for making the business-case for greater involvement in advising and treating women with pelvic dysfunction.

The report recommends that mesh implants are not routinely offered as part of treatment for pelvic organ prolapse and urinary incontinence, and that women must be informed of alternative treatments, including physiotherapy.

But some mesh implant survivors were angry that implants have not been banned, and accused the inquiry of being a 'whitewash'. Two patient representatives and one consultant resigned from the review group just before it was published, voicing concerns that some evidence had been left out of the final document and of potential conflicts of interest among some inquiry members.

Following the outcry, Ms Robison agreed that Glasgow Caledonian University would examine the processes of the review. 'The results of that work will be used to inform what lessons can be learned on how independent reviews are conducted in future,' said a Scottish government spokesperson. He added that the medical director for Scotland had confirmed there will be no changes to the recommendations. Dr Crothers, who has recently retired as a specialist physio in pelvic dysfunction, said she agreed with the government's position. 'I did not feel the implants should be banned. I felt the recommendations in the document were measured and reasonable,' she said.

The inquiry drew on evidence from a clinical review known as the Prospect trial. This found that outcomes for mesh implants used for pelvic organ prolapse were no better than for those who did not have the implants, and that some meshes were inferior. These products have since been withdrawn. Dr Crothers added: 'The vast majority of women who have implants do well. It is a small, but significant, group that has experienced terrible outcomes and this depends on individual factors.'

The mesh report recommendations, which are likely to influence UK-wide guidance, will extend physiotherapists' work in this field. They include a new mandatory duty to report instances of mesh erosion, the need to attend multidisciplinary team (MDT) meetings to discuss patients with pelvic pain. There is also scope for providing more pre-surgery physiotherapy classes, which could become an alternative to surgery.

'There is evidence that physiotherapy can effectively decrease the effects of pelvic organ prolapse and can potentially avoid the need for surgery,' Dr Crothers said.

She added that these additional responsibilities should be used to make the business case for more funding for women's health physiotherapy. 'It gives us a stronger footing to discuss our role with managers. Funding should be made available for training to identify cases, attend MDT meetings and to ensure that physiotherapy is considered within the development of gynaecology and uro-gynaecology treatment pathways.'

As the CSP's Mr Lloyd-Jones explains, when the health minister imposed a moratorium in 2014 on the implants in response to a petition by the Scottish Mesh Survivors group, physios were concerned that their caseloads would increase if implants were no longer available. While the spotlight may be on the surgical intervention, he wants to see a better understanding of the role of physiotherapists in treating and preventing incontinence.

'Our issues are around increasing the workforce so that all women with pelvic health problems are offered physiotherapy. We think there should be a national audit of pelvic health services. We want each health board to ensure they have the right number of physios to treat all patients,' he said.  fl

The mesh, usually made from synthetic polypropylene, is inserted by surgeons to treat pelvic organ prolapse and incontinence in women, often after childbirth. Some women have reported severe and constant abdominal and vaginal pain, been told that they can no longer have sexual intercourse, or experienced infections and bleeding. Many say their original incontinence symptoms have not been improved by the surgery.