Tom, a CSP member who has bipolar disorder, tells Lynn Eaton about his personal and work-related experiences, and the support he got from the CSP. 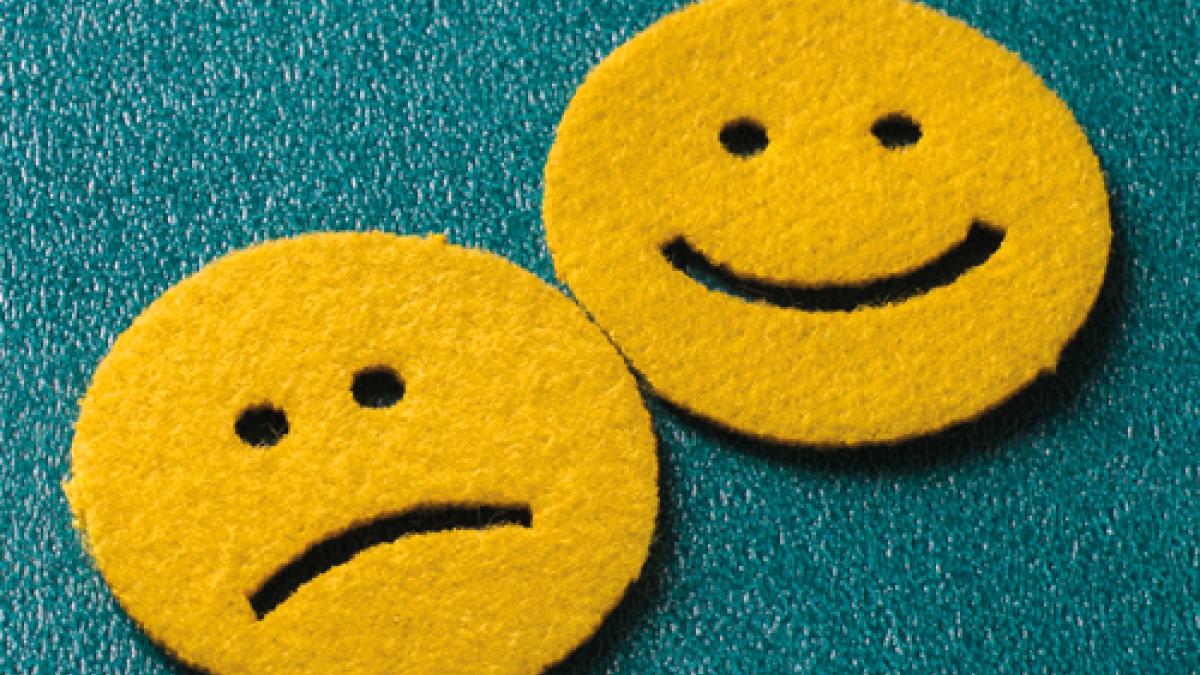 Talking about mental illness – from dealing with stress through to more serious depression, self-harm or suicide – is one of society’s last taboos. Particularly in the workplace.
Imagine going back to work following a month off after a car accident, only to find that colleagues were afraid to ask how you are. Or thinking people were whispering behind your back about the injury being your own fault.
Yet someone who has experienced a mental illness could well elicit that response at work. And the fact that mental illness is so hard to discuss merely increases the pre-existing distress and anxiety, according to the campaigning group Time to Change.
But people who have experienced mental illness can, and do, work – many of them very successfully. Just think of Stephen Fry, Alastair Campbell, Frank Bruno or Marcus Trescothick.
One CSP member, a highly-qualified physio with years of clinical experience, spoke to Frontline about his experience of bipolar disorder. His condition, triggered by stress at work, eventually led to him giving up his job and losing his home. With the help of CSP’s officers, he is starting to rebuild his life – and his career.
Tom graduated in physiotherapy in the mid-1990s and had been working successfully as a physio for more than a decade. He was hard working and set high standards for himself, becoming an advanced practitioner. He had been working in an NHS hospital’s musculoskeletal department for eight years before he became ill.
Things started to go wrong when a patient complained about the care Tom had delivered. ‘Initially I was shocked it hadn’t been brought to my attention. I wasn’t aware the complaint had been made. My view wasn’t submitted until three months after the complaint was made,’ says Tom.

With support from the CSP, Tom has subsequently been cleared of any wrongdoing, but at the time he felt he could have had more backing from his line manager. He became increasingly anxious about the allegations and how they were being handled. ‘I had always been a diligent and empathetic practitioner. It was pretty shocking to get a complaint and it hit me quite hard.’
In his late 30s by this stage, Tom became increasingly unwell. ‘It was difficult to do anything other than think about the case,’ he says. ‘I had severe anxiety. I felt hopeless, unsupported and was “catastrophizing” everything.’ He took sick leave. His depression got so bad that he couldn’t even motivate himself to get up. He was bed-bound for nearly three months, causing a huge worry for his wife and two young children.
All in all, Tom was off work for 10 months, only returning on a phased basis after being exonerated at a hearing where the CSP successfully represented him. But that was only the start of his continuing long-term health problems.
Supported by the hospital’s occupational health department and the CSP, Tom worked on a ‘buddy’ basis with another physio to get his clinical confidence back. But meeting patients was only one anxiety: the other was meeting his colleagues.
‘I wasn’t sure what had got around while I was off. It’s difficult, because it’s a confidential matter. People aren’t sure what to say. I’d heard one colleague had said I’d gone mad. I had to make a decision whether to bring my illness out in the open in conversations, although everyone knew I’d had depression and anxiety.’
Over the next couple of years Tom went on to rebuild his career, gaining an excellence award and specialising in steroid injections. But it wasn’t easy. ‘I would be okay for about two or three months, then I’d get really depressed, for anything from two days to three weeks.’ And a restructuring didn’t help. ‘There were a lot of job cuts, which was another stressor for me.’

A move back to his home area

The cycle of debilitating depression, then returning to work, then going off sick again, continued for a further 10 months. Although Tom was on antidepressants, his GP finally suggested it might be bipolar disorder, rather than depression, and referred him to a psychiatric team. They put Tom on a combination of antidepressants, mood stabilisers and lithium. It stabilised his mood, but not without some side-effects.
‘There’s a massive range of medications with a variety of side-effects, from being dulled mentally to being angry, upset and crying for no reason. But I’ve been very good with what I’m on now. The tablets do what they say on the tin.’
As a high achiever, Tom was also on secondment to a research project alongside his clinical work. But work demands weren’t helping his health. For months he and his wife talked about how he might try something different.
‘It became excruciating. You’ve got to be positive when you present yourself to patients. When you are not able to do that, it’s time to make a change. I made the decision I needed time out,’ he says. However, with no plan B in place, and unable to maintain his mortgage payments, Tom had to sell his house. He moved back to where he grew up, initially living with his brother. He and his family were then housed in temporary emergency accommodation and now rent a council flat.

More than five years after the nightmare started, and a year off the Health and Care Professions Council register, due to ill health, Tom’s back working as a physio. He is starting his own physiotherapy business, initially concentrating on word-of-mouth referrals from friends and family. It’s been a hard struggle and one that’s far from over. Tom has nothing but praise for the support he received from the CSP’s senior negotiating officer for his region.
‘The CSP [officer] was a voice for me when I was unable to go to meetings. She was very understanding and her support was immeasurable.’ And he cautions all employers to be mindful of the mental wellbeing of their staff.
High levels of stress can be a trigger for debilitating anxiety and even more serious conditions, he warns: ‘Mine is an extreme case but people at work are trying to juggle family life, concerns about their job, worrying about what colleagues may think. A single life stressor could kick things off, and it can be the start of a lifelong mental health issue.’
Tom is a pseudonym as the member preferred not to use their real name.

Bipolar disorder (formerly known as manic depression) is a severe mood disorder. Individuals experience low moods, which might be characterised by depression, feelings of hopelessness, a lack of energy and social withdrawal. At other times, high, ‘manic’ moods can bring confidence, energy and optimism, as well as a loss of inhibition. As many as one in 100 people may have the condition. (Source: Time to Change).

Mental illness in the workplace

You have a right not to be discriminated at work for a mental health problem under the Equality Act. This makes it generally unlawful for you to be asked questions about your health or disability before you are offered a job.
‘The decision to disclose a disability to an employer has to be a personal choice and employees are often anxious about doing so in the belief that it may disadvantage them,’ says Jess Belmonte, the CSP’s national officer for equality and research commented.
‘However, the legal obligation on an employer to make necessary reasonable adjustments only arises at the point they are aware that the employee has a disability, so the employee is likely to be disadvantaged by not doing so. We hope that members would go to their local CSP steward for advice in these circumstances.’
Time to Change is a charity set up to tackle stigma around mental illness. Its website offers a number of resources, including a section on how to bring Time to Change to your workplace and the legal aspects of mental health issues at work.