Student physiotherapists and their qualified counterparts will play a key role in this year’s Crisis at Christmas services for homeless people, as volunteer Alexandra Hejazi reports. 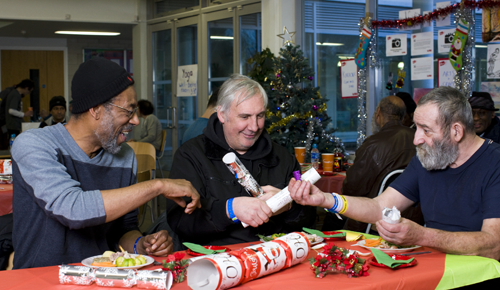 Christmas can be an incredibly difficult time of year for homeless people, many of whom are cut off from their families. Crisis, the national charity for single homeless people, is well known for its winter campaign, Crisis at Christmas.

This is a large-scale volunteer event which invites homeless people to spend time in ‘pop-up’ residential and day centres over the Christmas period.

It is a lifeline for thousands of people, offering food, shelter, support, companionship and vital services. For many people, these services help them to take their first steps out of homelessness.

It is recognised that homeless people are a heterogeneous population, with many having a complex tri-morbidity of physical health, mental health and addiction problems.

Precarious living arrangements often mean it is difficult for individuals experiencing homelessness to access healthcare services, or even prioritise their health issues. 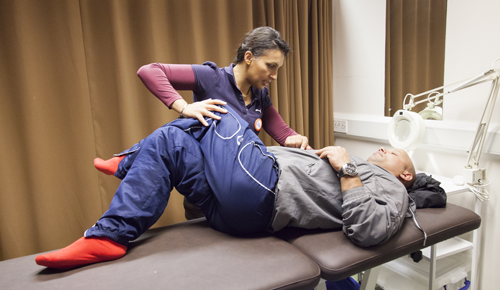 In order to help guests of Crisis at Christmas tackle their health problems, many volunteers with healthcare skills are recruited.

These include doctors, nurses, podiatrists, opticians, dentists and, for the last two years, physiotherapists.The main focus of many of these professionals is to assess, advise, and, where possible, treat the presenting condition.

In 2013, a team of more than 30 student physios and physiotherapists volunteered for Crisis at Christmas in London.

In the six days that the service ran they provided an outreach service to all Crisis at Christmas centres and saw a total of 155 homeless guests. The majority of guests sought help for long-term and acute musculoskeletal complaints.

The physiotherapy team recognised that, as the service ran for such a short time, the primary focus was to provide guests with assessment, advice, symptomatic relief if possible, and encourage those who would benefit from further physiotherapeutic intervention to access mainstream physiotherapy. 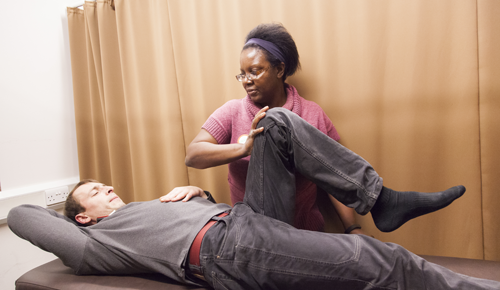 For many, Crisis at Christmas is the only opportunity to access physiotherpay services

About 40 per cent of guests seen by the physio service had never sought help for their symptoms prior to coming to Crisis. About 15 per cent of guests were not registered with a GP. In London, GPs are the primary point of access to NHS physiotherapy; so for many, Crisis at Christmas is their only opportunity to access physiotherapy.

Ms Dawes continues: ‘Many of our physiotherapy volunteers reported how valuable the experience of volunteering was both professionally and personally. Some felt they learned a lot about the challenges homeless people face and others said they felt valued for the work they did. We are reassured that already we have had physios and students return for a second year with us.’

In addition to the physiotherapy service, Rachel Stovell, a physiotherapist, last year took on the role of massage service organiser with Crisis at Christmas.

She says: ‘Therapeutic massage provides a great opportunity to connect with some very vulnerable people, many of whom have experienced violence at the hands of others. It can also provide an inroad to encourage people to seek further help from the healthcare team, if we have concerns about their health. I found it very helpful to experience how much the guests appreciate this service.’ 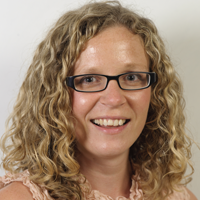 Jo graduated from Glasgow Caledonian University in 1997 and then worked for 11 years in various NHS posts in and around Glasgow, including a senior clinical NHS post, providing physiotherapy services to homeless people. In 2008, Jo relocated to London to take up an academic post and is currently a senior lecturer in physiotherapy at Kingston University and St George’s, University of London.

‘In autumn 2012, I contacted Crisis, hoping to volunteer, and also wondering if my skills as a physiotherapist would be of interest to the charity. The idea of creating a physiotherapy service within Crisis at Christmas soon evolved. 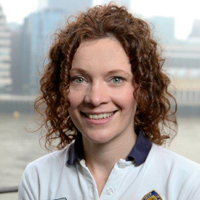 Rachel graduated as a physiotherapist in 1993 and now specialises in  musculoskeletal (MSK) and pain management. She is currently working at London Bridge Hospital and the National Hospital for Neurology and Neurosurgery.

‘I was keen to do something over Christmas to use time I otherwise would spend idly watching TV repeats or shopping. Volunteering with Crisis interested me because a change in personal circumstances made me aware of how easily fortunes can change. Initially, despite offering to volunteer as a physio, I was asked to become the organiser for the massage service. Massage is an extremely popular service among guests.

‘As massage volunteers often come from varied therapeutic backgrounds, this as an opportunity to develop and standardise the service and build links with other healthcare services. Many guests we treated attended for MSK pain problems, and  were then encouraged to seek further medical assessment.’ 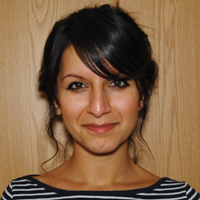 Some years ago, instead of going back to Sweden for the Christmas period, I decided to stay in London and volunteer with Christmas at Crisis. During those three days, I met so many incredible people, volunteers and guests, and I knew this was something I needed to do again!

Having started as a general volunteer, I moved on to the massage team for a couple of years. Last year I joined the physiotherapy team as an assistant.

Seeing guests being treated for their aches and pains by physiotherapists filled me with great pride to be part of this profession. This year I’m assisting Jo as the deputy service organiser, hoping to reach out to even more guests.

Facts about volunteering for Crisis at Christmas: