Let the games begin: Liz Mendl and the Commonwealth Games

As head of medical services for next month’s Commonwealth Games, physio Liz Mendl shoulders a big responsibility. Jennifer Trueland catches up with her and the UK countries’ lead physios 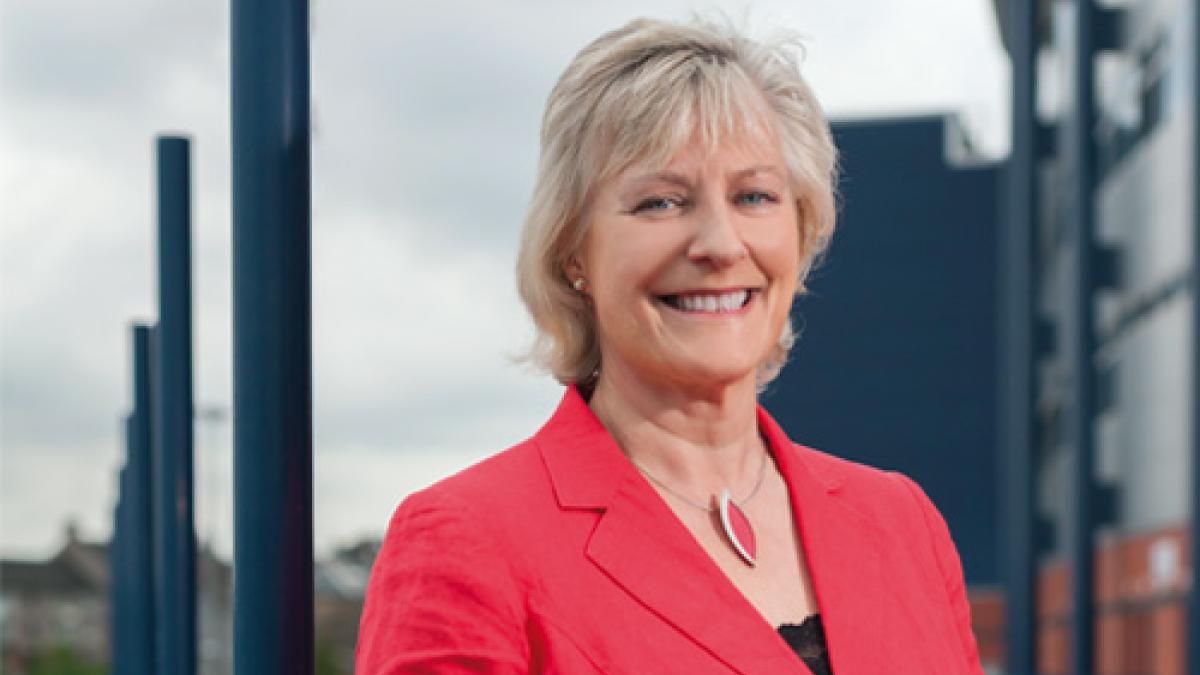 Next month, around 4,500 athletes from 71 nations descend on Glasgow for the 2014 Commonwealth Games. They will be accompanied by some 2,000 officials, not to mention many thousands of volunteers and spectators.

As head of medical services for the games, including responsibility for the anti-doping programme, physiotherapist Liz Mendl knows it’s a big job – but it’s one that she’s definitely relishing. ‘I feel privileged,’ she says simply.  ‘It is a challenge, but I’ve got an immensely good team around me, and I’m really looking forward to helping to deliver a fantastic Commonwealth Games.’

Since being appointed to the post in 2011, Ms Mendl has built a team, which will go up to around 40 by the time the games start.

Many, but not all, of the countries taking part will bring their own medical teams, including physiotherapists. But the majority of medical services will be delivered by around 1,400 volunteers, including just under 400 physio staff.

There will also be 300 volunteer anti-doping chaperones. ‘It’s been a great opportunity to shape medical services for 4,500 athletes, and physiotherapists  are right at the forefront,’ she says.  There are, she explains, four roles for the physio volunteers. Two are traditional: that is, being on the field of play to help athletes as the need arises, and working in the medical rooms. But Ms Mendl has developed two new physiotherapy roles.

‘There will be a variety of skills in the room – the idea is to make sure the person sees the right member of the multidisciplinary team,’ explains Ms Mendl.  ‘The physiotherapist will also be responsible for running the room and ensuring a multidisciplinary approach.’

The other new role is the ‘first contact’ physio in training venues, who will be able to give immediate care to all who need it, including athletes who haven’t travelled with a full medical team.

‘I think that physiotherapists are really well-placed to take on these new roles: they have clinical skills but are also great communicators, which is important,’ Ms Mendl says.

She has long experience of working at multi-sport events – her  first  was the Commonwealth Games in her native Edinburgh in 1986, when she was one of the physios for the Scottish team.

Her career so far has taken her all over the world, including roles working with the British ski team at four Winter Olympics, and running the holding camp for the British Paralympic Association in Macau, for the Beijing Olympics.

Ms Mendl was also heavily involved in the 2012 London Olympics and Paralympics, as venue medical manager for 13 sports based at the Excel Centre, and says she has drawn on that learning when planning Glasgow 2014.

‘London was a fantastic experience and has really shaped my own thinking for the Commonwealth Games,’ she says.

Before taking on this role in 2011, Ms Mendl was high-performance manager, responsible for several sport-specific programmes at the Institute of Sport in Edinburgh.

She had, she says, taken a deliberate decision to study for a BSc in health studies some years ago, because she knew she wanted to move into management, studying for her degree alongside working full-time.

She believes her physiotherapy background is standing her in good stead in her current job, which has also involved liaising with stakeholders, including the Scottish Government and the local NHS health boards – and she has also been delighted to promote the physio roles at the games.

‘I think that physiotherapists are uniquely placed: they are great communicators, are well organised, and have great managements skills.  It’s terrific when they can be taken into a wider arena.’ fl

When head physio for Team Wales Sian Knott experienced her first Commonwealth Games, she admits the hairs on her arms stood on end and she got goose-bumps with the excitement.

That was Manchester 2002. Since then, she has travelled to Melbourne and Delhi for the Commonwealth Games, to the Olympics in Beijing and London, and, most recently, to the Winter Olympics in Sochi. She has also attended the World University Games in Bangkok.

But the Glasgow games will be her first experience as head physio with Team Wales – and she’s clearly looking forward to it.

‘I started out working in the NHS and tagged along with a senior physiotherapist [who was working with rugby players]. I don’t think that this is the sort of job you can walk into straight from university.’

Mrs Knott still loves rugby, she says, but has now developed a passion for all kinds of sport, and has a real admiration for the competitors she works with.

She also has witnessed developments in the role of the sports physio. ‘I think the role has changed. Back in 2002 physio was seen as more reactive, responding to injury.

Now we have a role in prevention of injury and in enhancing performance. It’s a great job.’

Being the home team has its advantages and disadvantages, says Team Scotland’s lead physio Lindsay Thomson.

On the minus side, being on home ground means that you have to be very careful to ensure that you aren’t distracted by being in your usual environment, and that you can focus on the job in hand.

‘That’s true for the athletes as well,’ she says. ‘But the advantage is that everyone is really buzzing for the home games. The support of the home crowd is just amazing; it really gives everyone a lift.’

Ms Thomson has been working in sports physiotherapy for about 30 years. ‘I like the fact that you can really make a difference,’ she says.  ‘No two days are the same and no two athletes are the same. ‘And it’s not all about injury – it’s what we can do as physiotherapists to make that little bit of difference to the way an athlete performs.’

Her advice for people wanting to follow a similar career is to ensure that they have top-notch clinical skills and appropriate continuing professional development.  ‘Plan a [career] pathway,’ she says, adding that the CSP professional network the Association of Chartered Physiotherapists in Sports Medicine can help with that.

‘You also need to have a passion for what you’re doing,’ she says. ‘This isn’t a nine-to-five job and can be stressful, but it is highly rewarding.’

Phil Glasgow is taking very good care of himself at the moment.  For Northern Ireland’s lead physio, the memory of how he narrowly missed the Melbourne Commonwealth Games clearly still stings.

A snowboarding accident led to a broken wrist – and sidelined him from the action. ‘It was just three weeks before the games,’ he says ruefully. ‘And when it’s a big event like that you have to remember it’s going to be four years until the next one.’

Professor Glasgow acknowledges he took a ‘meandering’ route to his current role as head physiotherapist for the Northern Ireland team.

The head of sports medicine at the Sports Institute for Northern Ireland, and visiting professor at the University of Ulster, started out as an NHS physio, before taking some time out to do a master’s degree.

This was followed by a spell in back pain research, then a part- time PhD.

All the while, he was spending weekends and evenings in sports physiotherapy, initially as a volunteer and then in paid positions.

‘I started in rugby because that’s where the injuries were,’ he laughs. ‘I was really fortunate to work with some great mentors and some great coaches.’  He also worked in volleyball and athletics to gain experience.

‘If you just do one thing you don’t get that breadth and variety, he says.’

After the Melbourne disappointment he did, however, make it to Delhi for the last Commonwealth Games, and also to London for the 2012 Olympics.  But he’s sure there will be something special about Glasgow – after all, he does share his name with the host city.

As chief physiotherapist for Team England, Laura Hanna has some of the most high-profile of athletes within her remit – a certain Mo Farrah, for example.

‘We do have some stars,’ she acknowledges. ‘But then, they are all stars in their own way.’

Glasgow will be the latest in a succession of multi-sport games which have seen her travel the world, from the US to the Far East.

‘I started working in hockey in 2001, predominantly working with the men’s team but then with both squads,’ she says.

Her first Commonwealth Games was Kuala Lumpur in 1998, followed by Manchester, Melbourne and Delhi, and she has also worked at the Olympic Games in Sydney, Athens, Beijing and London.

Her advice for people who want to follow in her footsteps is to get involved and gain as much experience as you can.  ‘For experience, there’s nothing to beat standing on the touchline of a rugby pitch in the pouring rain.

‘At the elite end you have support; at grassroots level you have to be a jack-of-all-trades.’

Pick a sport you like watching, she adds, and one that’s close to your home, and ask if you can shadow someone, or if they can use your services. ‘The best thing is to put yourself out there.’