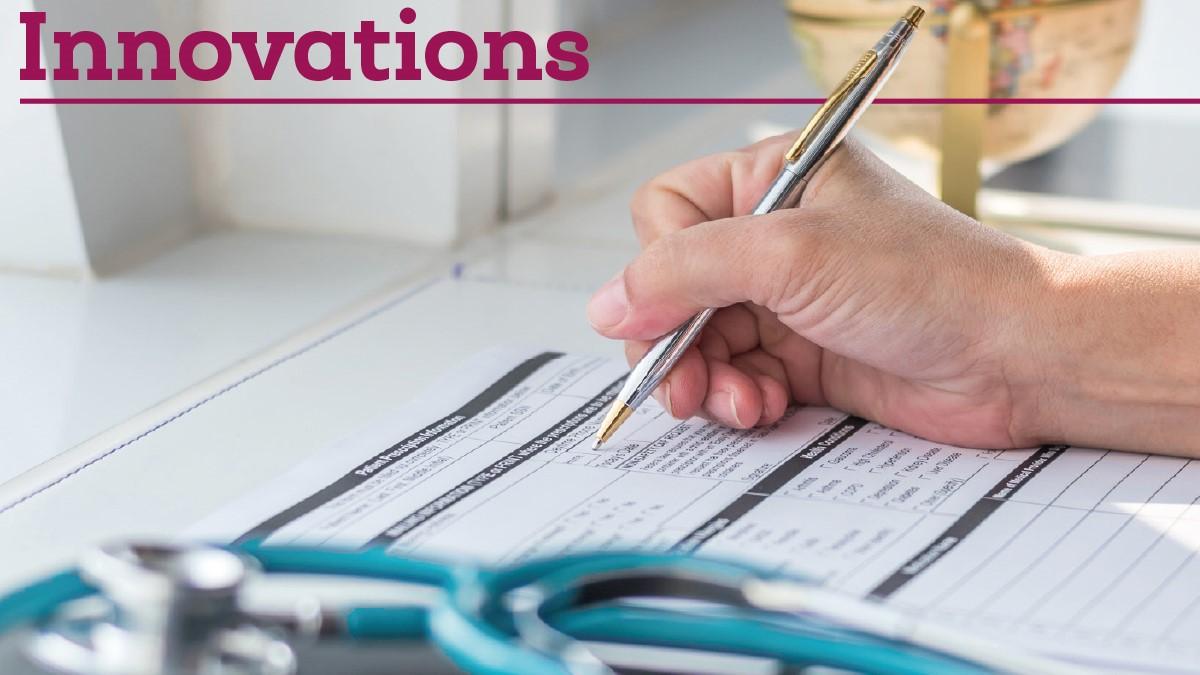 Medicines optimisation is an important function of the independent prescriber, but how much input is required to support the management of people living with spasticity or neuropathic pain?

At the West Midlands Rehabilitation Centre, Jenny Curran identified historical practice where the medical consultant would review and make changes to a person’s medication for spasticity and neuropathic pain.

Due to capacity limitations, there was no routine follow-up of medication changes. The team identified this risk, as any medication issues might not be addressed until the person returned to clinic in three to 12 months.

This was counter to NICE guidance that a prescriber should offer a timely review after starting or altering medication. The medication review is an important process as it ensures people receive the right choice of medication for them, at the right dose and right time to maximise benefits to their health.

Jenny wanted to address this risk and improve the pathway. She observed that medication reviews do not require an in-person appointment and telephone reviews are adequate and acceptable. The objective for this project was set: ‘All patients who required a medication change in clinic would be reviewed, on time via telephone consultation(s).’ 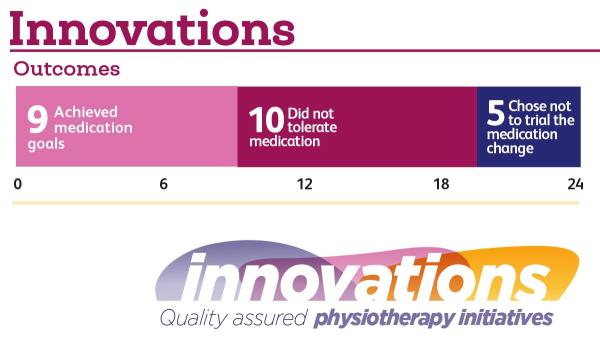 Over the following six months, Jenny, who is an independent prescriber, conducted a telephone review with all those people who had been seen in clinic, where there had been changes to their oral spasticity/neuropathic pain medication dose or schedule.

At the end of the pilot period, 60 telephone consultations had been completed with 24 people who had visited the clinic.

The reasons for needing more than one follow up via telephone were:
a the therapeutic effect was not achieved therefore the medication needed to be increased further.
b the medication needed to be reduced due to intolerable side effects or stopped and alternative medication trialled.
c the person had not initiated a GP appointment for liver function tests prior to initiating or increasing Tizanidine and Dantrolene.
d the person had been unwell and therefore delayed starting medication changes.
e individual problems relating to the person’s medication/symptoms.

These results demonstrate the importance of follow-up to both support optimisation and manage risk.

Jenny’s project demonstrated that medicines optimisation was improved via telephone consultation(s) with an independent prescriber physio. Issues with obtaining or taking the medication were identified and addressed earlier via the telephone consultation in comparison to waiting for their next clinic appointment. Similarly, side effects were identified and addressed sooner. If the medication was problematic or ineffective, alternative medication was considered in a more timely way. Where medication worked well, both treatment goals and patient outcomes were achieved sooner in comparison to awaiting for the next face to face clinic appointment.

‘I initiated this medicines optimisation project as I saw a way in which to utilise my specialist knowledge and skills in independent prescribing and support our multidisciplinary team in enhancing quality of care.

‘The use of medication to manage spasticity and neuropathic pain can be very beneficial. It is important that people are well-supported, educated and informed about their medications. I wrote this piece for the innovations database to highlight that physiotherapists are well-placed to develop advanced practice skills such as prescribing within an area of speciality.

Since this project was carried out, a new temporary band 7 independent prescriber role was created within our spasticity service. The role involved both physiotherapist-led spasticity clinics, participation in multidisciplinary spasticity clinics, and medicines optimisation work.

Check out the Innovations in Physiotherapy database for more practical examples and guidance on how to submit your own work.