Hot topic: Is it vital to be a role model?

Do physio staff have to be role models if they are encouraging patients to be more active? Two experts give their opinion. 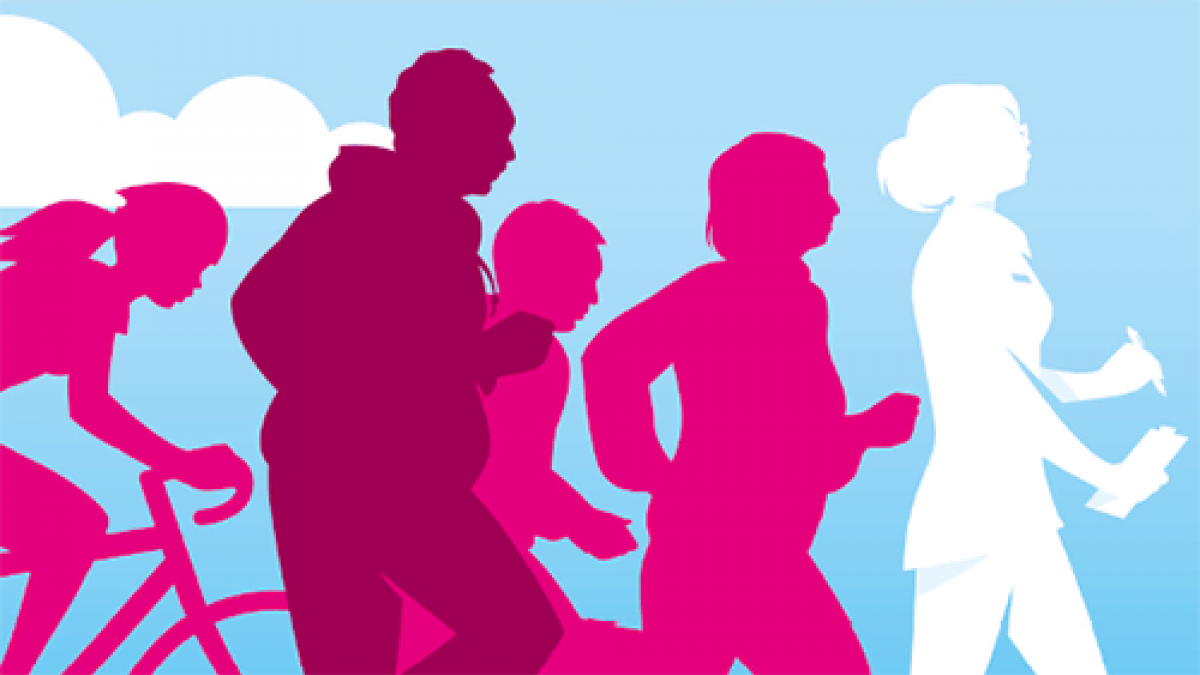 Role modelling is based on the idea that we learn from, and are influenced by, those around us. Health behaviours are thought to contribute to our overall health by as much as 40 per cent, so anything that we can do to improve our patients’ health behaviours is likely to contribute positively to their health.
We know all about the rise of lifestyle conditions and the obesity epidemic. The statistics are staggering. With up to 700,000 NHS employees now considered obese it’s little wonder that we are being encouraged to consider our own health and, where possible, to influence that of others. There is some evidence that the physiotherapy workforce (in contrast to the majority of the rest of the NHS) is actually fitter and more active than the general population, so we may be particularly well-placed to act as role models.
However, it is nauseating to think of role modelling as being a ‘you should be more like me’ approach. It should never be like this … ever!
Being a physical activity role model isn’t about doing a triathlon in your lunchtime. It’s about connecting with your patients and taking the approach that ‘if I can do it, so can you’. You only have to look at Sport England’s ‘This girl can’ campaign (www.thisgirlcan.co.uk) to see how inspiring this can be.
It’s as much about conveying your faith in a patient’s ability to change as it is about your own health behaviours. Patients may connect much more readily with a physiotherapist who is working up to their first parkrun than with a physiotherapist embarking on their fifth Ironman.
Given the magnitude of the public health crisis facing us it’s essential that physiotherapists do everything that they can to increase physical activity and being a role model should be part of our approach. Being a good role model involves listening to your patients, starting where they are at and showing that you care about your health and theirs. It’s a natural fit for physiotherapists.

NO, says Professor Phil Reed, from the department of psychology at Swansea University

There can be no doubt that a good therapist is essential for any health intervention, including physiotherapy.  However, a ‘good therapist’ comes in many guises with many different attributes, and their own behaviour and appearance are not necessarily of prime importance.
In contrast, understanding the complex needs of the patient – where they want to be, and having the knowledge to get them there – is vital for the therapist. The pivotal role of the therapist-client relationship has long been acknowledged in psychology, and this amounts to placing the client’s needs (not necessarily everything they want) centrally in the process.
The reason patient change cannot be just ‘therapist inspired’ is quite simple. People learn better from others when there is a strong similarity between the observer (in this case, the patient) and the model (the physiotherapist). When the gulf between the behavioural skills of the two is too great, then observational learning is harder. Crudely put, a younger slim, fit, active, team-playing physiotherapist might not be the best model for an overweight, older person with arthritis, who lives alone with little social contact.
There are many social and economic barriers to patient-engagement with physio. As there is little that physios can do about them, it’s vital to consider aspects of patient health that do fall within the health professional’s remit. This means not only considering the physical ailments ostensibly provoking a physio appointment, but also any accompanying psychological issues – such as depression and anxiety – and the resulting lack of motivation and engagement. Without recognising this, and helping the patient overcome these treatment barriers, creating coproduction will be out of the question – even for the slim, fit, active physio.
Phil Reed acknowledges the support of a team led by Lisa Osborne at Singleton Hospital, Swansea. His poster will be presented at Physiotherapy UK.  Email p.reed@swansea.ac.uk
Debates about physio staff’s role in public health have featured on iCSP since 2008 (see examples, right). Comment at www.csp.org.uk

‘To me, physios can be involved in public health in several ways: from a hands-on perspective, designing and delivering physio input into health promotion and protection programmes (obesity, falls), from an indirect route by giving ad hoc advice and signposting (smoking cessation), or in management roles funded to implement whole public health programmes.’
Personal trainers ‘Why are we playing a part in obesity exercise programmes? We aren’t trained in general fitness exercise, but instead trained in specific exercising for MSK/neuro/resp problems. Surely personal trainers and such like are the best people to help with obesity programmes?’

‘Physios are excellently placed for providing the right advice and resources aimed at improving public health. I do agree that the outpatient environment and short contact times are not ideally suited for such health promotion.’

‘Unfortunately due to poor motivation, negative symptoms of their illness or the effects of medication many of our clients in a mental health setting cannot be “signposted” elsewhere.’