As part of its Pinpoint the pressure workplace campaign, the CSP has launched a training package to promote good sickness absence policies in the NHS. Daniel Allen reports. 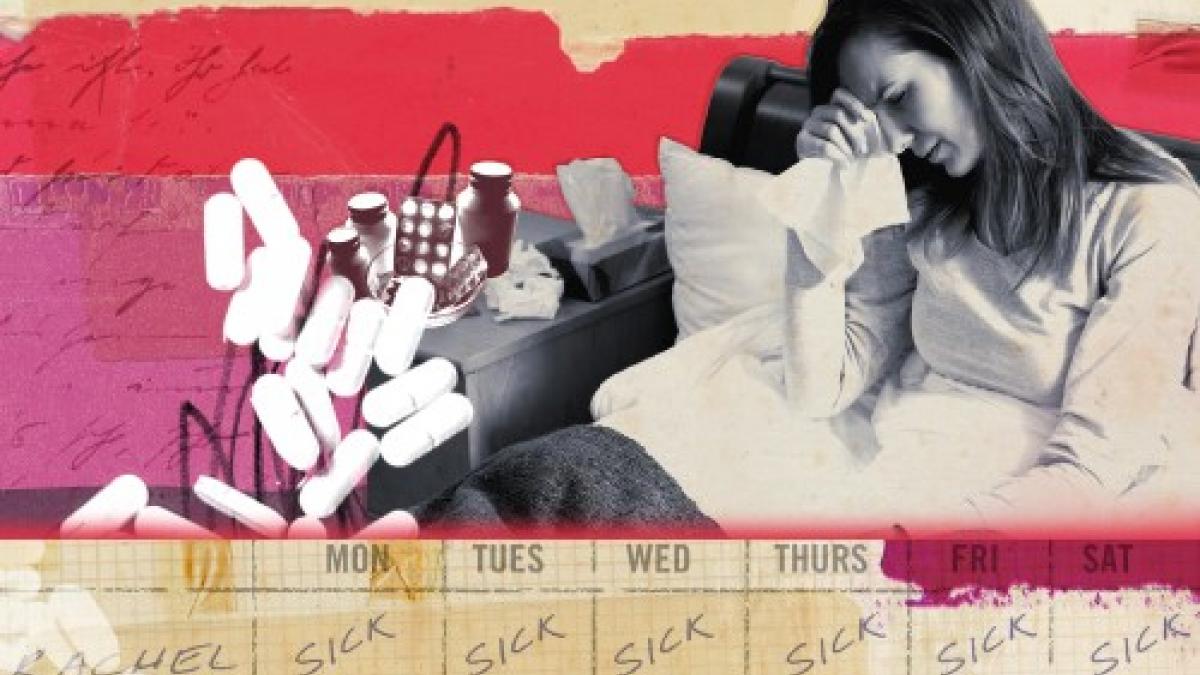 Sickness among health service employees is a massive problem. The 2009 Boorman report on the health and wellbeing of NHS workers indicated that in England alone more than 10 million working days were lost to sickness each year (http://bit.ly/2rhA7P0). This sickness cost the NHS an estimated £1.7 billion, with stress and musculoskeletal (MSK) disorders among the main causes. The review’s chair, Steven Boorman, accused NHS organisations of failing to prioritise staff wellbeing, saying they responded to sickness rather than promoting health.
Some progress has been made since then. Guidance on managing sickness published by NHS Employers in 2013 included case studies demonstrating the positive impact of occupational health physiotherapy services, showing how they could cut staff absence and help save money.
And stress as a cause of sickness among health service workers in England is in decline: last year’s NHS staff survey showed that rates of work-related stress was at its lowest since 2012. Unfortunately, the proportion of staff who reported feeling unwell because of stress is still disturbingly high, at 37 per cent. And, as the CSP is keen to highlight, the way sick employees are treated sometimes increases the pressure they are feeling and can exacerbate symptoms of stress.
The problem, says Donna Steele, CSP senior negotiating officer and health and safety officer, is that policies intended to manage staff sickness can be perceived as draconian.
‘If you’ve had too many absences during a defined period, it triggers this formal process,’ she says. ‘It’s quite heavy duty. You’re invited to a meeting with your manager and HR [human resources], and you then have to sit down and justify why you’ve been off sick. And your manager gets to explain to you the impact of your absence on service provision.’
The consequences of this punitive approach are troubling, Ms Steele adds.
‘We got some indication from the 2016 NHS staff survey that people were showing up for work when they should be off sick. They’re doing it because they’re fearful or because they think they’ll be leaving colleagues in the lurch.’

With sickness ‘management’ tending to exacerbate anxiety and guilt, it is no surprise that stress runs through the NHS like a hot wire.
It doesn’t have to be that way, though. Rebecca Fain is a CSP steward at Worcestershire Health and Care NHS Trust. She says the local sickness policy was causing some staff to feel threatened and bullied. When a trigger point was reached, objectives had to be set for the individual concerned and his or her sickness record was then expected to improve.
‘You were being grilled, even at the informal stage,’ says Ms Fain. The whole process was ‘pointless, effortful and time-wasting’.
As well as being an ordeal for employees, union reps were having to devote considerable time to attending these review meetings. Further, feedback from management, as well as staff, indicated that the process was failing and not fit for purpose. Managers said they could see that isolated episodes of absence – a migraine, say, followed some time later by a stomach bug and then a sore neck – were unrelated and not part of pattern. And yet they had to follow procedure even when there was no cause for concern.
Ms Fain says: ‘That feedback gave us concrete evidence to go to management and say “what we’re doing now doesn’t work”. So last summer we had a big overhaul and the whole system was scrapped.’

A change of emphasis

The new approach is no longer called a ‘sickness policy’ and is designed to promote staff health and wellbeing, Ms Fain explains. ‘The emphasis is much more on keeping people at work when they’re able to be there, but acknowledging that absence is very much part of working in the health service and with people who are unwell.’
Managers were introduced to the new approach through a series of training sessions which explained why it had been agreed and what it involved. Evaluation is currently under way but all the feedback so far has been positive, Ms Fain says. ‘From all the meetings we’ve been to we know there’s nothing negative but it’s good to cross-reference that in case there are things we haven’t come across.’
CSP reps like Ms Fain and Lisa Stoner can play a critical role in preventing long-term sickness. They can, for example, work with employers and other unions to ensure workplace policies promote wellbeing rather than punishing sickness. They can also help to identify work-related hazards, ensure that proper risk assessments are undertaken and, where members have experienced a lengthy absence, help them return to work.
A new CSP training package for reps launched this month will encourage them to consider the impact of management sickness policies on staff wellbeing, as well as best practice and members’ rights when they are off sick.
Ms Steele says: ‘The training will also look at how stewards and safety reps can engage with and remind employers of their responsibilities under health and safety at work regulations.’

Data emerging from the CSP Pinpoint the pressure workplace campaign has highlighted the importance of this work, according to Ms Steele.
‘I was going through the preliminary results of the first survey we ran and was struck by a comment from someone who said, “I’ve been in the workforce for 13 years and never been off sick, but I just can’t cope any more. I’m going to go off work through stress”. And other people are feeling the same way – the workload’s just unbearable now.’
It appears that the work environment is adding to the problems.
‘It’s really not fit for purpose in terms of new technology,’ Ms Steele says. ‘Often our members are not involved in decisions about the software that’s purchased – it’s not geared up for physiotherapists’ needs – or there are not enough computers.
Me Steele adds: ‘Seventy per cent of CSP members are doing unpaid overtime and a key reason is not being able to access a computer when they need to so they’re coming in after hours.’
Even so, Ms Steele remains confident that stress can be reduced and sickness management improved.
‘The structures are in place in terms of active CSP reps, members are engaging in the process and managers are prepared to sit down and work the problems through. So yes, I’m very optimistic that we can turn a lot of these issues around.’ fl

Too prescriptive and the cause of too much staff anxiety – that’s CSP steward Lisa Stoner’s description of the sickness policy that used to operate at her workplace, Norfolk and Norwich University Hospital.
‘We felt it was making staff come to work when they shouldn’t have because they were worried about triggering a formal absence meeting,’ she says. Those meetings were set up automatically when the trigger point was reached and there was no place for managers’ discretion or common sense.
It took time – nine months – and many meetings between management, staff side and human resources (HR), but a new attendance policy was introduced that allowed more flexibility.
‘The new policy is based on “know your staff”: recognising where there might be a problem and trying to prevent short-term sickness from becoming long-term,’ says Ms Stoner. ‘And because the policy was so different from the previous one, HR spent a lot of time re-educating managers to try and get them to embrace the new approach and use it to support staff – and getting rid of the old policy’s attitude of moving from this stage to that, without ever trying to get to the bottom of why staff were unwell or why they were off.’
But the hard work has paid off. The new policy is more reasonable and allows managers to use their judgement. Better still, it works.
‘The sickness figures are going down compared to this time last year and they’re almost down to where they were a few years ago,’ says Ms Stoner. ‘So it’s working so far.’