NHS England’s rehabilitation director John Etherington tells Gill Hitchcock that rehab can no longer be an optional extra for patients with a range of conditions. 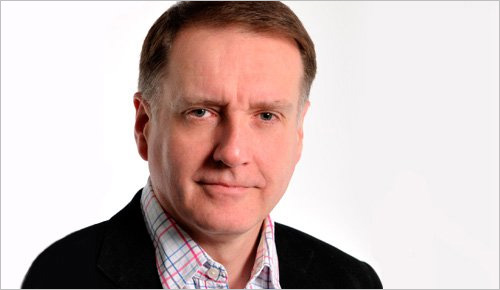 ‘Absolutely integral,’ is John Etherington's rapid fire response when I ask him about the role for physiotherapists in new models for rehabilitation which, as NHS England’s national clinical director for rehabilitation, he is developing.

The British Army colonel and former military rehabilitation chief says his boss at NHS England has given him three years to sort of out rehabilitation across the health service.

A key aspect of his job is to make the case for the effectiveness of rehabilitation, against a background in which it is often at the back of the queue for resources but first in line for cuts.

‘I always make a joke about this, but when I was invited to trauma conferences, I was always the last speaker,’ he says. ‘It’s sort of: emergency, pre-hospital care, surgery, rehab and off we go. And I would say “we’re always the last on the list, when everyone has fallen asleep or gone home”.’

As director of Headley Court, the defence medical rehabilitation centre in Surrey, Dr Etherington was involved in developing complex trauma rehabilitation services during conflicts in Iraq and Afghanistan.

He says it’s ‘bonkers’ not to use exercise more: ‘We know that exercise is very effective in many conditions such as diabetes, respiratory disease, cardiac rehabilitation, mental health issues, but we rarely use it in a structured way.

‘The military very much use exercise in a structured way and we have a whole system for them to deliver exercise in that way.’

Based on conversations with physios, Dr Etherington concludes they are frustrated at not being able to make full use of their skills, but argues that they need to use evidence to demonstrate the benefits of their profession.

‘It’s looking at the evidence for what you do and determining what the evidence gaps are, either obtaining those sources of evidence yourself, conducting service evaluations, audits, or engaging in small or larger scale research projects.’

‘There’s a tendency for us to introduce new ideas or concepts without properly testing them in rehab and I think we could do better with that. There’s a tendency to say “this looks like a good idea, why don’t we try it?” Well, let’s try it as part of a trial or service evaluation and properly audit our outcomes.’

While long-term conditions account for 70 per cent of health and social care costs and 70 per cent of unscheduled hospital admissions, rehabilitation is almost, as Dr Etherington puts it, a ‘bolt-on facility’.

‘A problem we’re seeing at the moment is people tell their story five or six times along any care pathway,’ he says. ‘And there is a disconnect between health funding and social care funding, which can lead to obstacles to getting people the right care and treatment.’

Asked what prevents rehabilitation from being integral to NHS acute care, he puts it down to a tradition of separating the two in terms of delivery, funding and information services.

But he thinks that awareness of the importance of rehab for trauma is much improved, following a review led by his current boss at NHS England, Professor Keith Willett.

‘I’m now being approached by trauma centres to ask about rehab, and that didn’t happen, three or four years ago,’ he maintains. ‘And the people who come and speak to me about it are not just physiotherapists, but it’s trauma surgeons and managers. They want to know.’

A further shift in attitude would result if proposals to include occupational outcomes data in the information provided to NHS managers by the Trauma Audit and Research Network are acted upon, he says.

‘If you are setting high expectations of return to function, work, education, independent living at home, getting out and about, then you need physiotherapists,’ he says. ‘And downgrading the bands or taking away their specialist skills, will not allow you to achieve those outcomes.’

At Headley Court staff work together with the single aim of helping service personnel to rejoin their units and get back to work as soon as possible. They are not doing anything out of the ordinary, Dr Etherington explains, but are enabled to deliver intensity of treatment and at the time it is needed.

Rehab for battle casualties coming back from Afghanistan starts the moment they are out of the emergency department.

He wants physiotherapists in the NHS to have the opportunity to deliver the same level of care, but indicates that this will require yet to be defined changes to the way physiotherapy is organised and to the roles of physiotherapy leaders.

‘We don’t ever say “he’s had an accident on the roadside, but we can’t afford to take the ambulance to him and bring him into A&E”,’ he says. ‘And we don’t ask “someone’s had a heart attack, but what’s the evidence for treatment?” But we do say it about rehab.’

While he can’t promise more physiotherapy posts because he does not have the budget, he believes that if physiotherapists and other members of the multidisciplinary teams demonstrate their worth, NHS organisations will invest in them.

Dr Etherington argues that his professional raison d’être is to enable patients to have better access to rehab and that this is good news for physiotherapists: ‘Nothing we are planning, or attempting to plan, is going to compromise physios. I think it will increase their opportunities.'