Going for gold: Making the most of patient feedback

Experts say customer complaints are a ‘gift’. Gill Hitchcock looks at how physios can mine an invaluable resource. 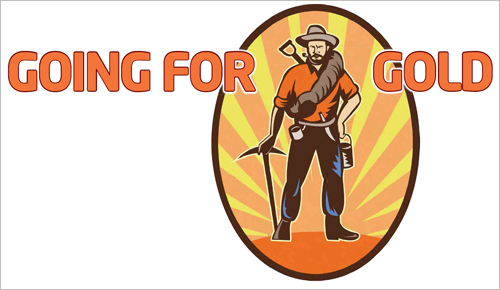 The ‘real gold dust’ is in the negative comments, says Paul Hodgkin. The founder and chair of Patient Opinion, an independent platform for comment about experiences – good and bad – of UK healthcare, thinks this is because complaints can be catalysts.

‘A story that is a bit critical, and that you respond to well, will have far more credibility with the public than any number of good stories, or any amount of corporate flim-flam that a trust puts out about its physiotherapy services,’ he says.

Prime minister David Cameron appeared to have cottoned-on to this when he announced the Friends and family test. By getting patient opinion on whether they would want a relative or friend to be treated in the same hospital in their hour of need, and making the answers public, he claimed to be giving everyone a clear idea of where to get the best care – and driving others to raise their game.

Friends and family went live in 2013 and in its first year nearly two million individual items of patient feedback were collated. Tim Kelsey, national director for patients and information at NHS England, says frontline staff have been able to react to the comments and views from patients to make immediate, clear, dynamic and demonstrable improvements to services.

He describes the test as ‘a major step forward for patients and for the quality of their care’. And Noreen Buckley, head of rehabilitation at Southend University hospital, ‘wholeheartedly’ agrees.

Ms Buckley, a physiotherapist for 34 years, says: ‘People walk out and say and say “thank you very much”, but you don’t really know if they are thinking “I’m never going back there again”. But having something which is national means you can compare apples with apples.’

Late last year Southend ran a pilot of the Friends and family test in its physiotherapy outpatient department as part of a national early implementer project. In December 1,620 patients visited the department and 665 (41 per cent) responded to the survey.

Ms Buckley was pleased with the response. The simplicity of the test, she says, resulted in a lot of people using it and some ‘really good feedback’. Of the patients who used the test in the physiotherapy department that month, 563 said they were extremely likely to recommend the service, 97 were likely, two were undecided and three were unlikely.

‘Since the Francis and Keogh reviews, I think people are much more empowered to say what is wrong,’ she says. ‘Generally speaking, if you ask patients the question they will give you the answer.’

In response to feedback on the test about physio in an area with a mere curtain for privacy, the department converted a store room into a new consultation area. It addressed staffing issues that were causing long waits for some patients. And it responded to patients’ suggestions by putting a clock in the waiting area and providing drinking water.

‘We’ve had some car parking complaints which we can’t do a lot about, but we did raise them,’ she says. The physiotherapy staff have been very positive about the test, according to Ms Buckley. And praise for their skills and care has been reported back to them, boosting morale.

Patients are generally positive as well

Patient Opinion does not provide analysis of comments, but a tour of the site shows that while some physiotherapy patients post negative comments - it seems mostly about waiting times – the overwhelming majority are positive.

‘I think that reflects how people feel about physiotherapists, but also I think it reflects where the physio comes in many patients’ journey,’ says Dr Hodgkin.

‘It’s often at a point where the diagnosis is clear, the therapy is established and the patient is trying to get better. And that’s a nice place to be in the patient’s journey, in terms of the anxiety levels.

‘If you’re looking for criticisms of physiotherapists and you’re using Patient Opinion, to get the story about how things could be improved, you might have to dig a little bit harder and actually ask people specifically, ”well it was great, but what would you change about the physiotherapists”.’

And he says that people using national websites like Patient Opinion have a particular motivation for being there. Their opinions are not a random, statistically-valid sample, a view shared by physiotherapist and clinical research consultant Nicholas Harland.

‘In my opinion, of the 500 people who come through your department, only four or five might be the type who would want to engage actively on a national website,’ says Dr Harland. ‘When patients have had a bad experience, they may go through the patient advice and liaison service, they may complain. But to go to a national opinion website is another step which many people don’t do.’

He believes extreme opinion is helpful. Over the past five years he has surveyed about 5,000 patients. ‘When you do a big survey you expect to get some very positive and very negative feedback and it’s useful to realise that these things happen at each end of the spectrum.’

‘Something is happening in the transit, where patients are not satisfied,’ he says. ‘What we have come up with is that because they are assessed in PhysioDirect, and that initial conversation had been done, when the physiotherapists see them for the first time they make the assumption that they don’t need to be talked to again and they will just get on with it. The patients react badly to that. So those findings were presented in a staff meeting to try and engage with those issues.’

He says that many people underestimate the power in a simple survey: ‘To send 100 questionnaires out to people doesn’t take very much time, or cost very much money. But you can find things out about your service and patients’ attitudes which you would not otherwise find out.’ His preference is for anonymous questionnaires submitted by post, so patients have time to go away and think about their response.

But in his 2013 report on handling complaints in the NHS, commissioned by the Welsh government, former chief executive of Panasonic UK and Ireland Keith Evans says: ‘The receiving process has to cover a variety of apparatus, from basic pen and paper or verbal conversation, through to the latest technology devices and high speed forums such as Facebook and Twitter.

Keeping the feedback process simple is one of his key recommendations. ‘In my own experience I have always treated a complaint as a “gift” and taught and trained those I have led or managed to do the same,’ he says. So the title of his report, on how the NHS can use feedback for service improvement, is no surprise: ‘Using the gift of complaints’. fl

And the not so positive ...