Getting to the core of design 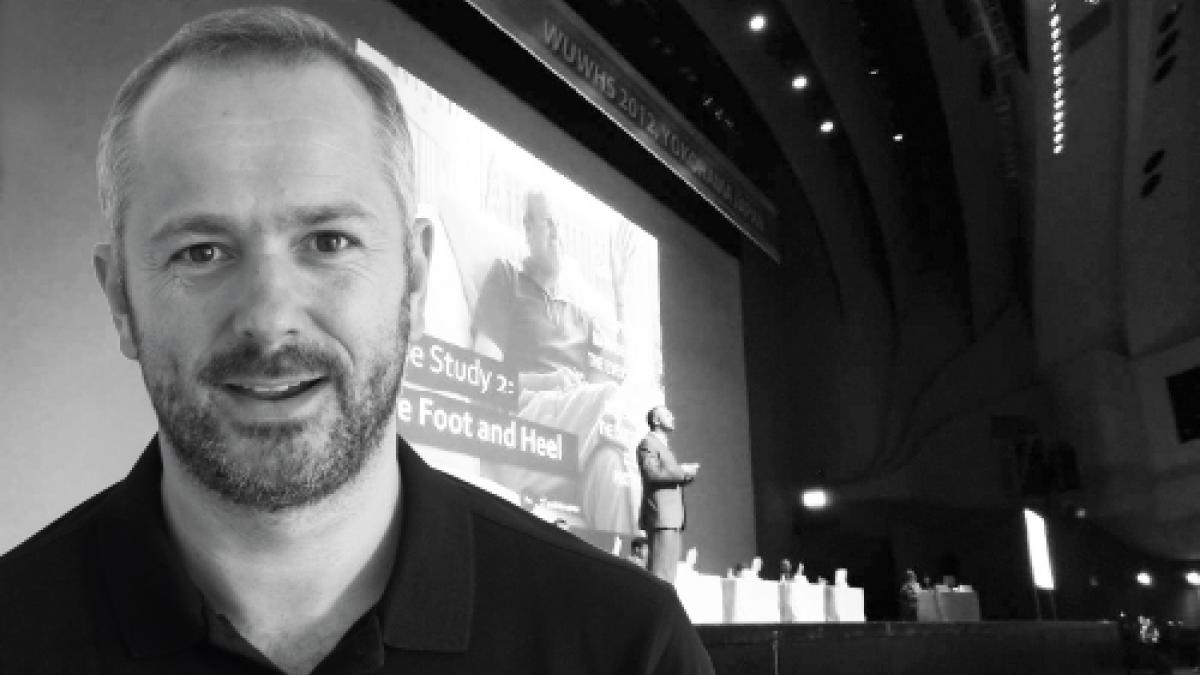 There can be very few qualified physiotherapists who describe themselves as a ‘human-centred designer and human factors specialist’.
Matt Pattison says he’s aware of ‘one or two’ physios who’ve transferred their skills into the forward-looking arena in which he operates, but even his friends ask him what exactly he does.
‘To some people it’s design consulting, to others it’s research, to others it’s management consulting. But the basis of a human-centred designer is that we work with companies to design customer-focused products and services. What that means is that you base them on the real needs of people,’ he says.
‘So you have to understand people to define and design the products.’
It sounds an intriguing job description. But how did the career move come about?
After a first degree in psychology and sociology he decided to make the switch to physiotherapy in 1996. It was while working in the community in north London that Mr Pattison regularly passed a design bookshop. He discovered a book by US design company IDEO, describing how the firm set out to understand people in order to design everything from train journeys to computer mice.
He was hooked, and as the firm had an office in his patch of north London, he got in touch. They pointed him in the direction of the discipline of human factors (also known as ergonomics). That is ‘the study of how humans behave physically and psychologically in relation to particular environments, products, or services’.
Mr Pattison won a scholarship to take an MSc in the subject at Nottingham University in 2004.
He has recently begun working for the healthcare arm of Connected Works, a young Brighton-based digital firm that seeks to create new technologies, and ANATOMY, which provides input from a human perspective for the design process of a number of international clients. Among the products he helped design was a simple negative pressure wound therapy device, which was aimed at removing the stigma that wearing existing large and clunky contraptions could produce.
So, rather than starting at the technical end of the design process, Mr Pattison begins with the ‘what ifs’, by first studying human behaviour.
He quotes Apple founder Steve Jobs as saying that no-one knows what they need, and motor car developer Henry Ford who said that if he had asked people what they wanted, they would have said a faster horse.
During his career, Mr Pattison has worked on everything from developing packaging so that consumers could share their chocolate (food going in) to understanding the physical handling of faecal catheters (waste going out) before designing a new version of the product.
Although not obvious at first, almost every product or service has a human component. He’s even spent time on building sites in Ireland studying access junctions for drains under the ground to understand how workers install the product.
With a mechanical engineer father, and a sculptor mother, perhaps it was no surprise that Mr Pattison ended up working in this field. He says it also combines physiotherapy problem-solving and an understanding of people gained from his first psychology and sociology degree.
It also touches on a commercial streak, which was evident from a young age when he was nearly suspended from school for selling sweets in the playground at a mark-up. His love of variety also saw him apply to become a producer on TV’s The Big Breakfast, getting further than Dermot O’Leary.
Mr Pattison says he initially chose physiotherapy because of his love of sport, and he pictured himself keeping rugby players or footballers in tip top condition. But he soon found the challenges of neuro physiotherapy more fascinating, and his physio training still influences the work he does.
‘Physiotherapy set me up to look, to listen, how to talk, and to observe and model,’ he says.
And he still draws on these philosophies when he’s analysing the handling of a medical device, studying cultural approaches to understanding disease management, designing apps in Brazil for local fisherman to crowdsource information on where fish are, or considering hospital architecture.
‘I am always the advocate for the human’.
Mr Pattison remains a CSP member and is also a member of the recently-chartered Institute of Ergonomics and Human Factors, He believes physiotherapy offers a host of skills that can be used in human factors, or any other business field, including observation, analysis, communication, systems thinking and problem solving.
Physios could use these abilities to branch out into a huge range of careers if they chose, he says, but it’s the understanding of people that makes his life fascinating, and it’s what physiotherapists can offer if they want to expand their portfolio.
‘My belief is that representing the human need is core to the design of nearly all products and services,’ he says. ‘Think how intolerant people are with bad experiences nowadays, either on the phone, in the shop, or online.
‘Physios can help understand and unpick that – it’s a great skill set’. fl