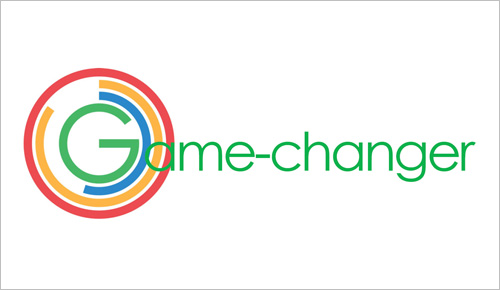 In terms of disability sport, Glasgow 2014 has the potential to be a game-changer.

Its parasport programme will be the largest in Commonwealth Games history with the highest ever number of medal events across the most sport.

According to the International Paralympic Committee, the event will help build momentum, especially after the success of London 2012.

The key difference, however, is that unlike the Olympics/Paralympics, which are held consecutively, disability events will be thoroughly integrated at the Commonwealth Games.  Not only will they be held at the same time, but the parasport and able-bodied events will sit together on the medal tables.

It also means new challenges for physiotherapists working at the games, who will have to deploy their skills on athletes from a wide range of sports, and with a wide range of abilities and disabilities.

Team England, for example, has responded by building an integrated physiotherapy team, with no differentiation between disability and able-bodied sport. While others, such as Team Scotland, have a lead physiotherapist for disability sport, it’s clear that all members of the team will be working with athletes across all disciplines.

According to physio Rosie Mew, it’s a hugely exciting time for disability sport. She was lead physio for ParalympicsGB for the London 2012 Paralympic Games, and is now looking forward to working with Team England at Glasgow 2014.

She says that the skills and attributes required for treating elite disability athletes are similar to those required for all elite sport – and that a good grounding in general physiotherapy is invaluable.

Physiotherapists should not feel they have to be experts in disability to work with disabled athletes – indeed, she points out that nobody will be an expert in every type of disability.  ‘Some people are worried that they don’t have the right skill mix, but it’s unlikely that there’s anyone who has worked closely with amputees, and also with people with head injuries, or cerebral palsy, and so on.  Physiotherapists might be more anxious about disability sport, but no-one is a specialist in every area – you might have a swimming team with 10 different bone diseases: who will be an expert in all of them, or in every type of spinal cord injury?’

So what makes a good multi-sport event physiotherapist, who can turn his or her hands to all types of athletes from every discipline?

What’s important, she says, is a thorough background and experience in sports medicine, along with the ability to prioritise, to understand the needs of athletes and teams – and lots of experience, pitchside.

‘I would look for someone who has done their junior rotation,’ she says. ‘There has been an increase in interest in sports physiotherapy, and some people think the best way forward is to go to work in a private clinic straight after graduation. But there’s a lot you can learn on a junior rotation.’

She believes that the variety of experience from working in an NHS hospital gives physios a good grounding in, for example, understanding respiratory disease, and the impact that asthma can have on an athlete, or working in a stroke unit.

This is particularly the case when working with more compromised athletes, she adds.

‘I listen to chests – and I know what I’m listening for,’ she says, adding that she has helped athletes in respiratory distress and even brought phlegm from their chests.

The ability to size up a room and prioritise is also nurtured – often through necessity – in the NHS, she says.  ‘You don’t get that in private practice, where your patients are on a conveyor belt, one after the other,’ she says.  ‘It’s not like walking on to a ward with 15 people and deciding who can wait, who needs to be seen immediately, who can be seen by the assistant, who might need two of us.

‘When you’re faced with 25 athletes you need to be able to prioritise!’

A good understanding of working in a team is also important, she says. ‘It’s about understanding the coach, and knowing what he wants from the athletes, and how much he’s going to push them. It’s having that relationship of trust so that you’re working together to get the best out of the team.’

You get that experience working with all sports teams, even at a junior level, she adds.

Previous pitch-side experience is also vital, including knowing the rules, for example, when you can pull players off the pitch, or that you can only use flesh-coloured tape in judo.

‘Lastly and most important is your personality, especially in disciplinary sport,’ says Ms Mew. ‘The physio is the agony aunt: you’re there to make the cups of tea, to carry the bags, to sort out the equipment – and with disabled athletes there can be a lot of equipment. You’re often the only health professional there so you’re dealing with headaches, and period pains and blisters. You have an important role in the team and it doesn’t end when the athlete is up and “fixed”.’

Oliver Davies is lead physiotherapist on disability sport with Team Scotland – as well as leading on judo. Like other members of the team, however, he will be providing support to all athletes who require it, regardless of their discipline.

Like Ms Mew, he is enthused by the integrated nature of Glasgow 2014 and agrees that it’s a great advertisement for disability sport. ‘It’s an exciting and interesting time,’ Mr Davies says.  ‘The programme is the biggest parasport programme we’ve seen, and it’s great that it’s running at the same time as other events.’

Part of his role involves working with coaches to ensure that training programmes are in the best interests of athletes and their abilities. He is also involved in categorising performers in disability sport so that they are matched to people with similar abilities.  This is an important job, he says, because it’s vital to ensure a level playing field.

‘We’ve got a few medal hopefuls – it should be a great games,’ Mr Davies says.

But what about the non-specialist? Dan Grimstead is a physiotherapist with Sport Wales, and will be attending the games. Although he does not specialise in disability sport, he and his colleagues are confident that they will be providing an excellent services to everyone in Team Wales.

‘We have a varied group of athletes with a variety of needs, which will test our skills,’ he says. ‘That includes athletes with disabilities.’

Looking at each discipline without preconceptions is important, Mr Grimstead says. For example, disability cycling – which is making its debut at Glasgow 2014 – puts strain on different parts of the body to able-bodied cycling, so training has to be devised accordingly.

The physio’s role will involve treating injury, but also preventing it, and optimising performance.

Mr Grimstead believes that physiotherapists with a specialism, in, for example, neurology, would have experience to add in certain disability sports, but adds. ‘The aim really is to have a holistic approach to all our athletes.’

Meanwhile, the physiotherapists are raring to go – and, in general, will be treating all-comers, mirroring the integrated nature of the games.

For example, Ms Mew will be in the extra support team with Team England, which means they will supplement each sport’s own physiotherapists. ‘We’ll be treating any sport that comes in the door,’ she smiles.

She believes that London 2012 really changed the way that people see disability sport, and made people realise just how impressive the sporting prowess of these elite performers is. ‘I think Glasgow is keen to build on this legacy, and create its own legacy,’ she adds. fl