A fractured network? A look at major trauma rehabilitation

The major trauma network is saving lives. But are orthopaedic trauma patients getting the rehab they need? Robert Millett finds out. 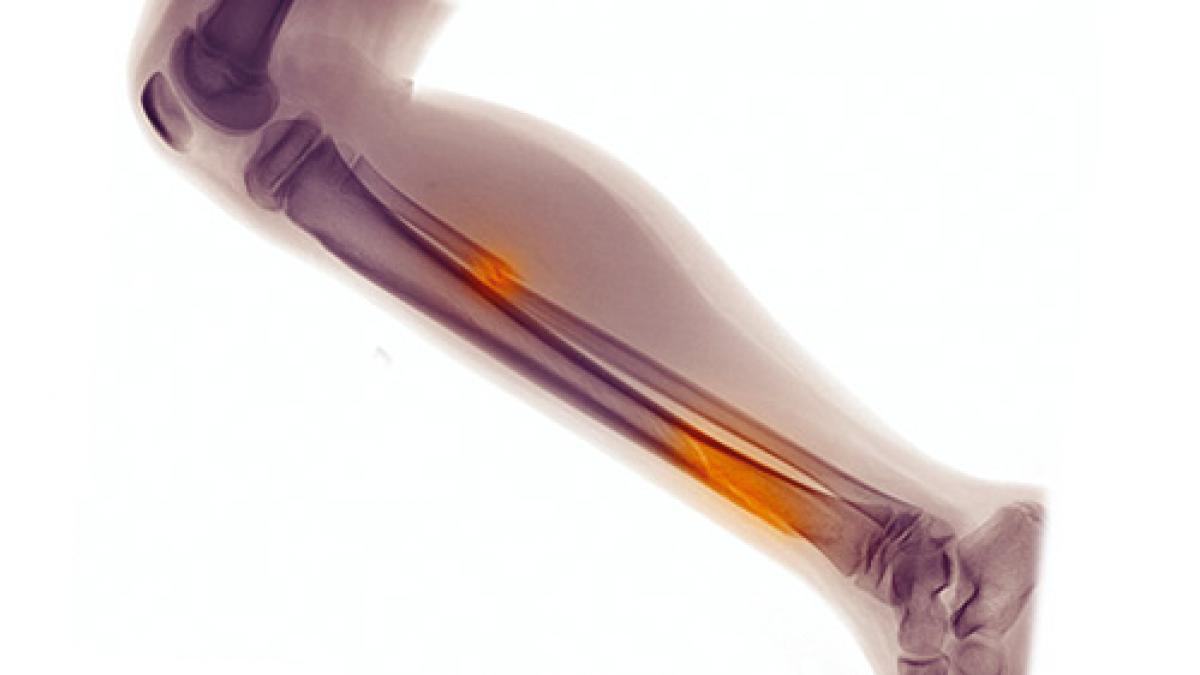 600 more patients are surviving major trauma each year since 2012

Since 2012 seriously injured people in England have been taken immediately to one of 25 major trauma centres (MTCs) around the country. Unlike district hospitals these centres can provide a comprehensive level of specialised care, which seriously injured patients often need. And, as a result, survival rates are rising.

The trauma centres are part of the national trauma network, which consists of 22 regional networks. Each network contains one MTC, which delivers emergency and specialist acute treatments, and local trauma units that offer further support. People with major trauma receive prompt treatment from an emergency team. They are then seen by a multidisciplinary team, including surgeons, doctors, nurses and physiotherapists.

Patients stay at the trauma centre while their condition is acute before being transferred to one of the network’s trauma units, which provide ongoing care and rehabilitation.

Currently each year about 3,000 people reach hospital alive but subsequently die of their injuries. But the audit showed that, following the introduction of the network in April 2012, about 600 more patients in England are surviving major trauma each year.

Yet despite its success, there is much more still to do, argues senior research physiotherapist Jacqueline Claydon.

Mrs Claydon, an active member of the National Institute for Health Research’s musculoskeletal trauma research group, works as orthopaedic physio team lead at Newcastle upon Tyne Hospitals NHS Trust. She says there are inequalities in the provision of rehab across the regional networks.

According to the National Institute for Health and Clinical Excellence, she says, rehab is repeatedly the worst performing element of the trauma care pathway and must be improved.

‘The networks have done amazing things for mortality and quality of treatment in the acute phase,’ says Mrs Claydon. ‘But rehabilitation remains criticised for poor performance.’

She says one of the reasons for this is that the networks have regionalised acute care, with multidisciplinary expertise becoming concentrated within MTCs. Meanwhile, the approach to rehabilitation in community and outpatient settings has not received the same focus and remains far less uniform.

‘In our region we send out referrals to 24 different rehab hubs, who each further distribute referrals to local teams,’ says Mrs Claydon. ‘In all there are over 50 physio sites involved in the rehab of our patients. And this thin distribution reduces the opportunity for clinicians to gain experience and develop the skills they need to treat more complex injuries.’

Action is needed to improve rehabilitation across the networks, she says.

Mrs Claydon has a special interest in rehab for patients with complex orthopaedic trauma. ‘I believe the impact of fractures on function and emotional wellbeing is underestimated,’ she says. ‘There can be a social attitude of “Oh, it’s only a broken bone, it will mend”. But complex fractures can take months, or even years to heal. And during this time patients often have rehab restrictions, such as weight-bearing restrictions or immobilisation.’

In addition, they can face complications such as multiple surgical procedures, wound or bone infections, a loss of range and power, altered body image and non-union or mal-union of a bone. An unintended by-product of the trauma network is that the rehab pathway for people with complex fractures has become more disjointed, says Mrs Claydon.

‘Traditionally if you had a complex fracture you might have been seen at your local hospital and then you got your physio locally,’ she explains. ‘But now you are taken to an MTC. And when you move to a local hospital the level of detail the physios have about you is a lot less, because there is no direct link between the consultant and the physios.’

Patients with complex orthopaedic problems account for half of the admissions to major trauma, she says. But despite this there is a lack of research in the field, and little evidence to guide good clinical practice.

In addition, many patients have short hospital stays, as they can usually manage at home while their fractures heal. For instance, at Newcastle upon Tyne Hospitals NHS trust the average length of stay is five days, although fracture-healing times can vary from three weeks to several months. This means that most orthopaedic rehab takes place in the community or in outpatient services. And this emphasis on post-discharge rehab has contributed to a lack of understanding about the patient group and their needs.

‘After leaving hospital, fracture patients are usually followed up by physiotherapists who have variable trauma experience. And no specialist multidisciplinary services are available, so very little is known about the problems patients face with recovery and rehab after complex orthopaedic trauma.’ To combat this lack of knowledge Mrs Claydon developed studies to improve the quality of orthopaedic rehab interventions. In 2013 she started a pilot service at the Royal Victoria Infirmary in Newcastle, to improve the care of people with complex orthopaedic injuries.

The specialist trauma rehab clinic was embedded within the hospital’s fracture clinic and funded by the trust’s local clinical research network. During an eight-month pilot patients were invited to attend a consultation if they had received a completed rehabilitation prescription in the past 12 months.

It allows clinicians to record and refer to a patient’s rehab plan as they move from one setting to another, and it is meant to be reviewed at regular intervals and receive multidisciplinary input. Mrs Claydon says the tool has helped raise awareness of the importance of integrating rehab services across the trauma network. ‘But we also need to better understand the rehab population, in order to develop and commission appropriate services.’ fl

The Trauma Audit and Research Network

Harry Jones, not his real name, was 63 and working in a warehouse when he was injured. He fell from a height and experienced a serious ankle fracture and a vertebral wedge fracture.

After surgery he made good progress and was ready to leave hospital after seven days. A rehab prescription was completed, which identified that he would need help with mobility and independence.

Two months later he returned to the fracture clinic, where an X-ray revealed he was developing osteopenia. Following a consultation he was advised to remain non-weight bearing until he saw his local physiotherapist. However, Mr Jones had problems accessing local physiotherapy because of poor communication between the different trusts involved, and the difficulties left him feeling depressed.

Luckily, in addition to his fracture clinic follow-up, he was also assessed at the pilot trauma rehab clinic. His consultation included a review of his rehab prescription and Mrs Claydon helped him to access the local physiotherapy service, by communicating with all the relevant departments. She also provided him with exercises and gave guidance about how to help normalise the effects of trauma. And together they set rehabilitation goals.

Mr Jones was discharged from orthopaedics after eight months and his fractures have now healed. He is still attending physio and hopes to return to work soon, on lighter duties.

To help achieve her goal of improving trauma rehab, Mrs Claydon conducted a qualitative research project that collected data from 150 patients who attended the trauma rehab clinic. Patients were provided with a traditional physiotherapy assessment, with a subjective and clinical examination of all injuries, and a multidisciplinary screening.

The consultations considered pain management, environmental issues, the patient’s emotional wellbeing, functional status, issues around returning to work and rehabilitation goals. Staff also reassessed each patient’s rehab prescription three to 12 months after injury. ‘At the end of each session I was able to give advice, start physiotherapy treatment or refer the patient on for multidisciplinary input as necessary,’ says Mrs Claydon.

The clinic received positive feedback from patients involved in the pilot. One referred to receiving the ‘best explanation of injuries and what to expect’ and another that they were ‘treated like a person, not a number’. Some said it was the first time that anyone had set rehabilitation goals with them.

Mrs Claydon believes the pilot also provided the trust with a greater understating of rehab needs. For instance, data from the study show that the primary rehabiliitation needs of complex orthopaedic patients were pain, mobility and independence with daily activities. But by the time of their review consultations these were less of an issue for most patients, whereas mood problems and driving difficulties were increasingly reported.

The study also revealed that many people with complex trauma fractures do not receive adequate rehabilitation in community and outpatient settings, says Mrs Claydon. ‘Physiotherapists play a lead role in addressing the most frequent rehabilitation needs, but many patients also need access to other multidisciplinary professionals, such as health psychologists.’

As a result the trust is exploring how best to resource the multidisciplinary needs of patients and looking at the best way of continuing the project. Meanwhile Mrs Claydon is compiling data from the study, which she hopes to publish in a clinical journal.

Collaboration is key, says Mrs Claydon, who is keen that good clinical practice is shared. ‘There are many AHPs within the major trauma network working in the community and outpatient settings, and we must improve coordination and communication, both within the MTCs and across regions to improve patient care,’ says Mrs Claydon.

‘We need collaboration and support from everyone – from consultants and AHPs on the ward, to community, outpatients and intermediate care.’