An interview with the HIV physio, who talks about diversity and inclusion, the right to rehab, and the parallels between HIV and Covid-19

It was an hour-long lecture during his Masters studies at King’s College London that led Darren Brown to his career specialism. He came to the Masters after completing an anatomy degree and deciding to pursue a career in physiotherapy because, while he wanted to apply his anatomical knowledge, he felt he was ‘too much of a gregarious person to sit in the lab and dissect’ as a career.

‘A lecture on the role of physiotherapy for HIV was a lightbulb moment, an epiphany for me,’ Darren explains. ‘I identify as a gay cis-gendered man and I loved the idea of being able to work in a clinical environment where there may be diversity and other people that are in my community – traditionally HIV and sexual health is quite well represented across the LGBT community – but also knowing that in the UK HIV disproportionately affected men that have sex with men, I felt that I was able to bring my own unique lived experiences to my clinical practice.’

And he had his eye on the prize from that moment: a role as a HIV physiotherapist at Europe’s largest HIV centre at Chelsea and Westminster Hospital in London.

‘All of my clinical career was about transferable skills,’ Darren says. ‘No matter where I rotated as a junior, I ensured that my personal development, knowledge and skills always related to HIV. Whether I was working in elderly care, paediatric intensive care, musculoskeletal, oncology, there was always one goal per rotation about HIV, because that was what I wanted to work in.

‘So you could imagine how proud I was when I got that role at Chelsea and Westminster and I’ve been there eight years now.’

Why was that lecture and its subject such an epiphany for Darren? It’s a question he’s asked himself many times.

‘I genuinely think it has to do with identity and inclusion. In society there are many people that live on the margins and there are many people that have privileges. I know that because I’m white and because I’m male, I have privileges, which intersect with my gay identity.  And I have had experiences of marginalisation and oppression in my life, personal or professional.

‘You always want to identify and belong. And I recognised that as a HIV physiotherapist I could have a professional role where I identify and be included. Working with other queer people was a real driver to feel like I could be part of something diverse and inclusive.’

Many of Darren’s patients at the Chelsea and Westminster HIV service are from diverse backgrounds, including LGBT+ people, BAME communities, migrants, sex workers, and drug users. And, living with HIV, they can experience different layers of stigma and oppression. He believes that his own identity outside of the mainstream is a strong factor in his approach to treatment.

‘I can maybe have empathy and connect in a way,’  he says. ‘I can’t be representative or have similar experiences to everyone but, being visible in my own identity, I hope I can connect with people, which is important in developing a therapeutic relationship. It’s so much of our role.’

In the UK, HIV is now a long-term, chronic and episodic health condition. We are one of the few countries in the world to have reached and exceeded all UNAIDS 90:90:90 targets: Of the 103,800 people living with HIV in the UK in 2018, 93 per cent were diagnosed, 97 per cent of people diagnosed were receiving treatment and 97 per cent of people receiving treatment were virally suppressed1.

With access to anti-retroviral treatment, people with HIV have a life expectancy in line with that of the general population. As with other long-term conditions, they can benefit from physiotherapy-led rehabilitation, but many people living with HIV also live with multi-morbidities, potential side effects of their treatments, and the impact of ageing, and so have different – sometimes unique – healthcare needs. And HIV physios, Darren says, ‘fill the gap’.

You always want to identify and belong. And I recognised that as a HIV physiotherapist I could have a professional role where I can identify and be included.

The global HIV/AIDS epidemic presented some of the most serious public health challenges of the late 20th century, and there have been many parallels made with the current pandemic.

He refers to a piece in The Lancet HIV2 recently, which outlined three specific lessons: identifying and addressing health inequalities, creating environments to support behaviour change, and the need for a multidisciplinary approach. And Darren believes Covid-19 rehabilitation has further opportunities to learn from HIV rehab, by anticipating episodic disability, acknowledging uncertainty, disability-inclusive approaches, and models of community, academic, and clinical research.

He also acknowledges positive outcomes in the current situation, specifically in the increased profile for physiotherapy.

‘I always get asked ‘what’s a physio got to do with a virus like HIV? Yet now, with this virus, physios can perfectly see the role of physiotherapy. Because coronavirus is affecting people systemically. It’s not just a disease with respiratory impairments, there can be cognitive, physical, mental and social challenges as well. People can see this holistic approach working, and my hope is that that understanding translates into other health conditions, like HIV.’

What’s next for Darren, who is now eight years into a specialism that he set his sights on as a student? More learning, it seems. He is keen to pursue a career in academia and, ultimately, split his time between a clinical role and one as a researcher.

‘It’s because I frequently have to justify the existence of HIV rehab services,’ he explains. ‘I feel stronger justification for these services requires robust data, and that requires UK clinical academic research.’

His aim is to work in collaboration with other academic centres around the world – ‘so there’s the strength in numbers’ – on a unified approach to advancing research and clinical practice in HIV disability and rehabilitation.

He says: ‘My plan is that with more data we can identify need and show how much of that need is unmet. And therefore we can look to commission services. So in the UK we need to collect the data to prove where rehabilitation is most beneficial for people living with HIV.’

Darren’s pride and fulfilment in his career and his work is palpable. So much so that he believes others should have the chance to experience it too: ‘I feel really privileged to work and specialise in HIV. I’m passionate about it but I’m also very grateful that I get to specialise because not many people do. And I want that to change. I want more people to be HIV physios, providing great clinical care across the UK to address the unique needs of people living and ageing with HIV.’

1 Research and analysis:HIV in the United Kingdom
2 The Lancet HIV : Three lessons for the COVID-19 response from pandemic HIV

The British HIV Association (BHIVA) has announced its endorsement for the ‘Undetectable Equals Untransmittable’ (U=U) Consensus Statement produced by the Prevention Access Campaign. 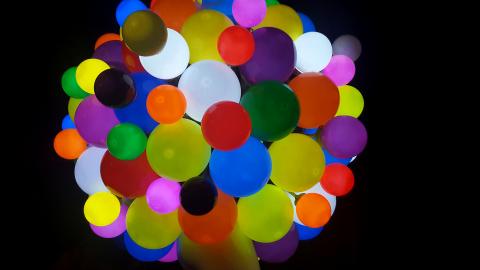 Equality and diversity and coronavirus